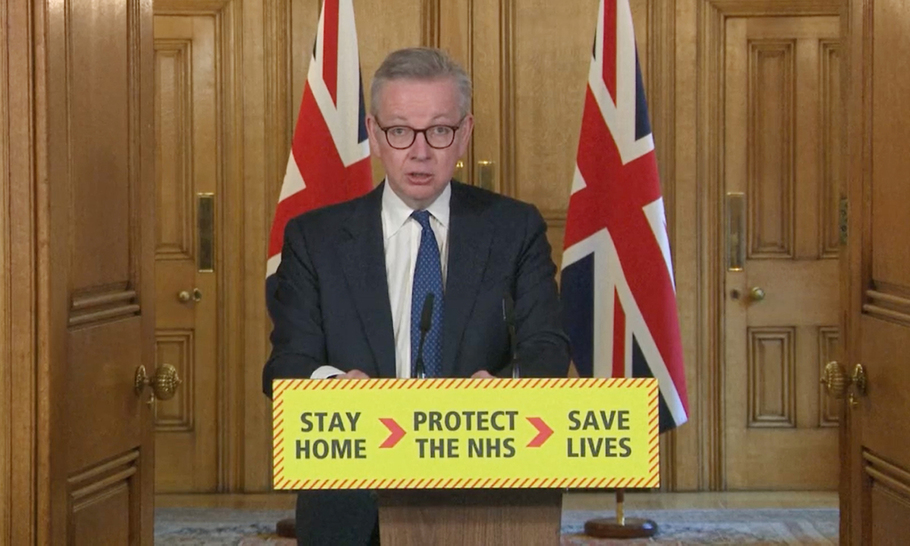 Yesterday’s briefing was a modest improvement on previous ones. Michael Gove at least gave the key facts about the rate at which Covid-19 was spreading, and showed empathy for the dead, while Stephen Powis, medical director of NHS England, set out important data.

Alas, the journalists’ questions continued to be too long, too vague, and too easy for anyone on the platform to evade. The journalists complain they are not allowed a follow up question, and I accept it would be better if they were. But, as I said here yesterday, from years of experience briefing them, the only questions briefers ever fear are ones that demand a factual answer they should reasonably be expected to know. Asking a minister a question about how they feel — “are you worried that …?” or asking them to speculate — “do you think it will get better or worse?” — or giving them a multiple choice — “and finally minister, if I may” — is absolutely pointless.

Stick to trying to get the facts the ministers don’t want, or are embarrassed, to give. If you can’t follow up individually, work together. These briefings are for the public as a whole, not for you individually to be in your packages and stories.

The briefings, and the questions, are especially important because Parliament, where ministers should routinely be scrutinised and challenged and properly questioned, is not sitting. Government being effectively challenged makes for better government, and drives out complacency, secrecy and indecision. Indeed, one of the first things Keir Starmer should do if, as expected, he becomes Labour leader on Saturday, is to demand a meeting with Boris Johnson, to be briefed on the Covid-19 situation, and to discuss how Parliament can be properly, and safely, deployed at this time. If the Cabinet can do its business by videoconferencing, Parliament can do something similar and certainly, a form of Prime Minister’s Questions should be possible, and is indeed essential.

As for today, here is my guide to Laura Kuenssberg, Robert Peston, Beth Rigby and others in the lobby, of a series of questions on the vital issue of testing, which would elicit the important information, and hopefully change of approach, the public and NHS and social care workers want, need and deserve…

1.    Laura Kuenssberg, BBC: May I ask a factual question that has a factual answer . . . Please tell us exactly, in numbers and as a proportion, how many NHS staff have been tested for the virus?

2.    (depending on answer) Beth Rigby, Sky News: I don’t think you answered Laura’s question. What proportion of NHS staff have been tested for the virus?

3.    (depending on answer) Robert Peston, ITV: Why can you not just give us the figure? Do you not understand how concerned and angry people are that you talk of NHS staff as the frontline, and they are being sent there without testing or proper equipment? Can you commit, here and now, to universal testing for NHS staff, and set out a plan for how that will be delivered?

4.    Gary Gibbon, Channel 4: Why have the Germans been able to “ramp up” to half a million tests a week, and we can barely manage a tenth of that? Have we asked them, so we can learn from their expertise, and if it is a manufacturing or supply issue, have we asked them to help with supplies? If not, why not?

5.    Andy Bell, Channel 5: There is rightly a lot of focus on NHS staff. But do you accept that social care workers are also very much in the frontline? Can you commit, here and now, to universal testing for care home workers, and set out a plan for how that will be delivered?

6.    Tom Newton Dunn, the Sun: Will you agree to publishing each day, and announcing at this briefing, the data on numbers of NHS staff and care home workers, numbers working, numbers ill or self-isolating, numbers tested, numbers cleared?

7.    Francis Elliott, the Times: Can you confirm that the vast majority of NHS staff who have been tested do not have the virus? Does this not underline the need for universal testing, which would mean far more NHS staff currently not working could get back to work, and you would not have the staff shortages of which you complain?

8.    Jason Groves, Daily Mail: The Prime Minister has promised 250,000 tests per day. Yesterday you did 8,240. This is woeful. Is it not a direct consequence of the complacency and indecision at the heart of government when the crisis first erupted elsewhere in the world?

9.    Pippa Crerar: Daily Mirror: Will you accept that on testing, protective equipment and ventilators, you were caught asleep at the wheel, that it is time to stop talk of ramping up, and do it?

10.  Heather Stewart, the Guardian: Will you apologise to NHS staff for sending them to work without knowing if they do or do not have the disease, so not knowing the risks they face, and in the case of so many, without proper protective clothing and equipment?

Do that and I promise, by the end of the day, we would have the answers, and a change of course.

Now, for ministers and experts behind the lecterns, ten phrases I really do not want to hear in reply:

10.  Whatever it takes (unless accompanied by proper plans in answer to Questions 3 and 5).

I will be watching. Please don’t let us down. These briefings matter, and they are not doing the job they should be.