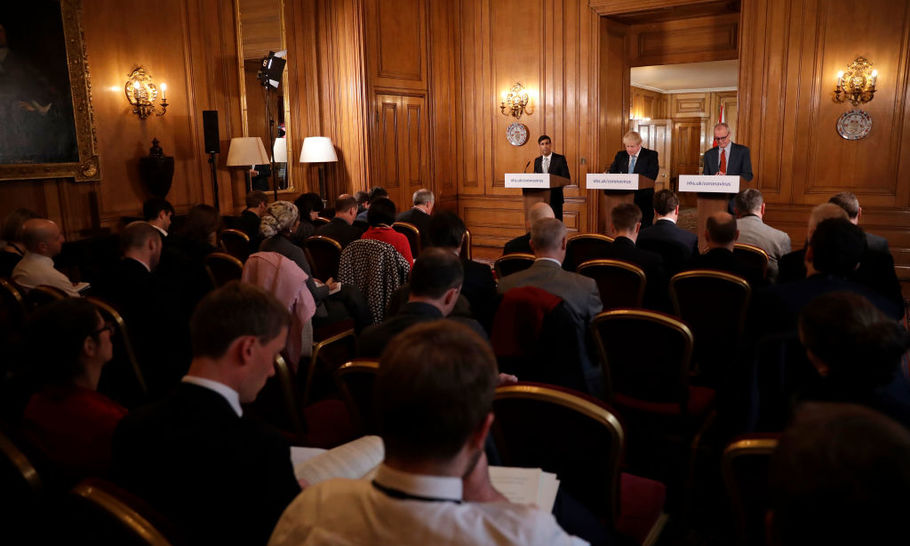 The daily Downing Street briefings are a welcome and important public service in the Covid-19 crisis — accurate information is so important. But they are not working as well as they should, and the government is not entirely to blame for that. The journalists need to sharpen up too.

Here are five things the government might do to improve the briefings, five things for the journalists to consider, and ten questions I would like to see put later today.

1.    The use of graphics to illustrate data yesterday was welcome. Please commit to doing this at the start of every briefing, providing the data on deaths, cases, masks, tests, ventilators and other capacity issues. But make them more digestible.

2.    Provided Boris Johnson is in reasonable good health, he should do a briefing from self-isolation. The technology exists to allow this. It will show that he remains in charge, and underline the fact that “working from home” can apply very widely. (“Show not tell” is an important rule in crisis comms, and the Excel hospital coverage yesterday was a good example)

3.    Stop changing the message format on the lectern. If you are settled on this as the basic message — stay home, protect the NHS, save lives — stick with it now.

4.    It has been noticeable that all the ministers presenting so far have been men. Very bad look. Surely there is a woman in the team who can be put up there?

5.    Finally, stuck-record time — watch New York Governor Andrew Cuomo’s briefings, and learn from them. I have a piece in the New York Times this morning, on why it would be a good use of Johnson’s time to study them. (I fear Donald Trump is too far gone, but there is still time for Johnson to improve). Cuomo’s briefings are a masterclass in crisis communications, and communications matters in a crisis.

1.    Your role is to elicit information, and challenge government on behalf of the public. It is not to get yourself into your own packages, let alone promote your own campaigns. (As a former Daily Mirror man, I was cringing at the Mirror reporter asking about their campaign for medals for NHS workers.)

2.    In 1940, Winston Churchill wrote a note to his Cabinet on the importance of brevity in communications. It applies to journalists too. I think part of the problem is that in 24/7 news, so much of the journalist’s job now is just talking to fill time. The art of brevity has been lost as a result.

3.    Having done thousands of briefings on behalf of the government, I can say with some experience that the toughest questions are the short ones, with a factual answer, and where it is reasonable to expect the person being asked to know it. The easiest questions are those which present an opportunity simply to repeat what you have already said.

4.    If you give a minister and others on the platform the choice of three questions, you make it easier for them either to evade one or more of the questions, or to give themselves more time to think. Stick to one, short, factual question.

5.    Have you made collective representations to Downing Street that it is unreasonable not to be allowed a follow-up question, and that science and health reporters should also be invited to take part? If not, why not? If you have, but have been rebuffed, then work together. One asks the question, the next says it has not been answered and demands that it is. If it is not answered today, ask it again tomorrow, or say on social media that it has not been answered and keep badgering until it is.

Ten questions I would like to see put at today’s briefing:

1.    Thank you for the use of graphics giving basic information yesterday. Would you commit to providing digestible graphics and data on deaths, cases, masks, tests, ventilators and other capacity issues at the start of every briefing and putting them simultaneously online?

2.    We are carrying on our evening bulletin tonight, a short film sent to us by a nurse who filmed it on her phone. Her name is X Y. This is what she says. (Click on phone. Nurse is dressed in the so-called protective gear she is given) “This is the inadequate clothing for working on a Covid ward. I am sick and tired of hearing the government say how much we are valued and how they are doing whatever it takes, ramping up, and all the other waffle. I am on the front line. Why do I not have the support I need?’ Secretary of State, what do you say to Nurse X Y?

3.    Can you confirm the report in today’s Independent that doctors and nurses have been told not to speak to the media or post on social media about shortages of protective equipment? And would you agree it is unacceptable for a manager to threaten a staff member about their future prospects if they do so?

4.    How many ventilators have been secured since the Health Secretary launched the appeal for them fifteen days ago, and said he would buy them from any source he could? How many? A number please. Has that met the need?

5.    What proportion of NHS staff have been tested for the virus, and how does that compare with South Korea and Germany?

6.    What is the policy on testing for passengers arriving into UK airports, because thousands are reporting there are no tests being done, whereas other countries see this as a vital part of the fight against the virus?

7.    This is a factual question with a factual answer, and if you do not have it at your fingertips would you commit to providing it by the end of the day — how many people have been tested as they arrive into UK airports? What is that figure as a proportion of all travellers?

8.    Minister, what support is the government giving to charities, who play such a vital role in the delivery of services to the most vulnerable, and whose income has collapsed as demand for their services has risen? Have you attended any meetings on this, and when will we hear what support they will get?

9.    Why did ministers say at the weekend that UK failure to take part in an EU scheme to source ventilators was down to an email not being seen, when we now learn British officials took part in four meetings to discuss this very scheme?

10.   Turning the London Excel Centre into a hospital in two weeks is a remarkable achievement. Has any thought been given to putting the project manager in charge of testing for NHS staff, and Personal Protective Equipment?

There you go — all designed to be helpful.