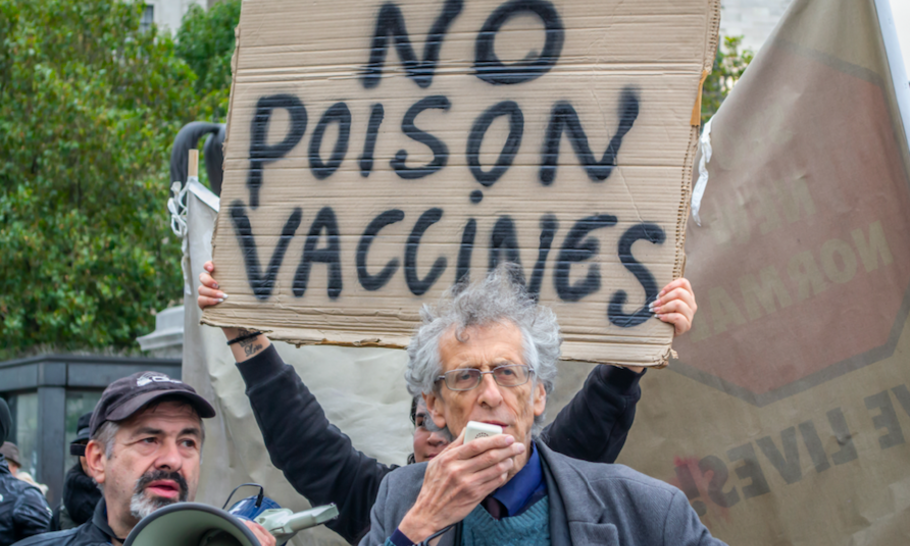 Have we turned the corner? There are initial signs that the third wave of Covid may have peaked. Daily infections, having reached 50,000 a week ago, have fallen below 30,000. Hospitalisations and deaths are still on a rising curve, but if the fall in infections is maintained, we can expect these lagging indicators to level off next month as well.

Many scientists feared that the Delta variant, spreading wildly among the unvaccinated, would infect 100,000 or even 200,000 a day, which would have placed the NHS under intolerable pressure. Others, such as Dr Tim Spector of the ZOE Covid Study app, accurately predicted that the peak would come at 50,000 a day. The Government’s decision to go ahead with lifting restrictions a week ago was based on these more optimistic scenarios.

So far, so good — but there is still no cause for complacency. The current 7 day average for daily deaths from Covid is still more than 64. We have become so used to much higher mortality figures that it is easy to forget that each one of these victims represents an irreparable loss for family and friends. Annualised, deaths at such a rate would still number well over 20,000 — more than normally die of influenza and pneumonia. And because the vast majority of the older population has now been fully vaccinated, a higher proportion of those now dying of Covid will be 40 or younger.

In any case, the notion that most of those who have died over the past 500 days of the pandemic have died “with Covid but not necessarily of Covid” and would have died within a year anyway is a myth. Unfortunately, this myth was repeated on the BBC Today programme last week by no less a figure than Lord Sumption, the former Supreme Court justice. In reality — and as was pointed out by the Full Fact podcast — more than 124,000 people have died in England and Wales alone with Covid as the underlying cause of death. On average, these victims lost at least a decade of life — which means that tens of thousands lost many more years than that. To its credit, the BBC corrected the error the following morning.

Lord Sumption is, of course, entitled to his opinion that the cost of lockdowns and other prophylactic measures has outweighed the benefits. What he and other sceptics are not entitled to do is to mislead the public. The low uptake of vaccination among young people is reported to be frustrating the Prime Minister (still in isolation at Chequers last week) to the point of “rage”. The Government’s carrot and stick approach proposes to lift quarantine restrictions for those who are double-jabbed, but refuse access to nightclubs and other crowded venues for those who are not. He is said to be contemplating making vaccination compulsory for all students in higher and further education, but such a measure would run into legal obstacles and almost certainly end up in the courts.

An example of how the opposition to lockdown has shaded into opposition to vaccination was provided by the thousands of protesters who occupied Trafalgar Square on Saturday. The “Worldwide Freedom Rally” was addressed by well-known agitators such as Piers Corbyn (pictured above), but the former nurse Kate Shemirani broke new ground in anti-vaxxer extremism. She called on those present to send her names of NHS doctors and nurses, claiming that “with a group of lawyers, we are collecting all that”. Then Shemirani, who was recently struck off for disseminating false information about Covid, said: “At the Nuremberg Trials, the doctors and nurses stood trial and they hung.”

So NHS staff are now being compared to Nazi war criminals. The Metropolitan Police are investigating to see if an offence was committed. But those doctors and scientists who have associated themselves with hardline lockdown-scepticism, such as Professor Sunetra Gupta and others who drew up the Great Barrington Declaration last year, should now dissociate themselves from the extremist fringe that is now riding on their white coattails. And they should do so as publicly as possible, because lives are being lost every day as a result of such vile propaganda.

The truth is that we are only able to tackle the third wave without lockdown or other measures thanks to the success of the vaccination programme. Public Health England estimated that by the end of June Covid vaccines had saved 27,000 lives; that number will have grown since. While the fact that vaccination is not 100 per cent effective was always known, many people still seem surprised that people who have had both jabs can still get Covid. However, in the rare cases when the fully vaccinated do become seriously ill, it is usually because their immune systems were already compromised by underlying conditions. Thanks to vaccination, just one in a thousand of those infected can expect to die.

That is still one too many, of course. The UK has now vaccinated 68.5 per cent of the population with at least one dose, but that is still below the level at which we could expect the pandemic to end. Only the easygoing tradition of the British has allowed the majority to be held hostage by a militant or indifferent minority. (The French, under President Macron, are much less laissez-faire.)

This is a problem that each country is addressing in its own way. In Israel, which led the way in inoculating its population, the new Prime Minister Naftali Bennett has lost patience with the 600,000 or so people under 30 who have so far refused to have the jab. In a tough broadcast, he warned the refuseniks that from 8 August they would be banned from cinemas, theatres and all places with 100 people or more unless they produced a negative test at their own expense. Even synagogues will be included, which will especially impact the ultra-Orthodox. The unvaccinated will be obliged to quarantine for a week if they travel anywhere abroad. Bennett was blunt, even harsh: those who refuse to get the jab are “harming” their fellow citizens, depriving them of their freedom and failing in their civic duty.

Boris Johnson is unlikely to use such uncompromising language. Not yet, anyway. His own party would stop him cracking down on students or other recalcitrant groups even if government lawyers did not. He must hope that the pandemic will simply fade away, helped by good weather and sensible voluntary precautions. That may yet happen. But he — and the rest of the country — would be unwise to count on it.