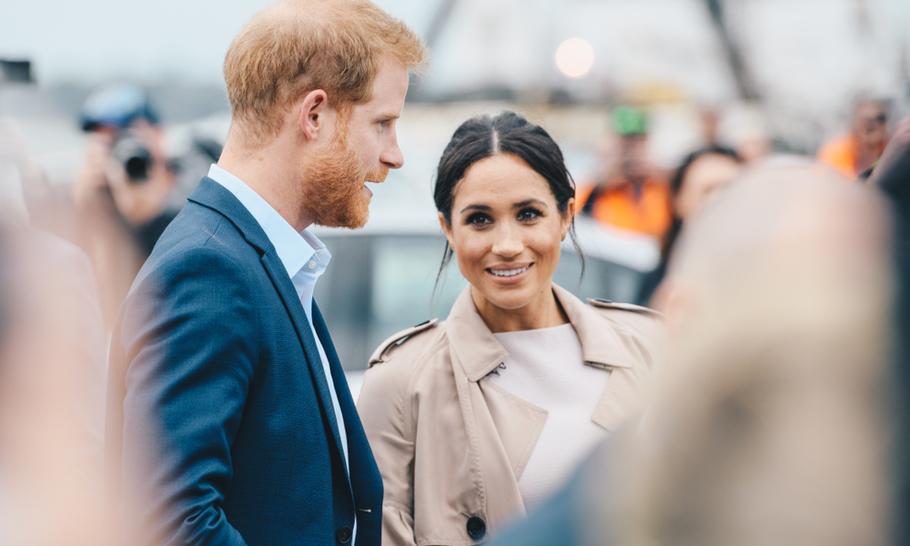 This week, Harry and Meghan have been at the forefront of a cadre of global ‘faces’ bent on lecturing the world about the damage being done to the environment, while doing untold damage to it themselves. We all remember Leonardo DiCaprio’s penchant for private jets, even as he used his Oscar acceptance speech to extol the dangers of climate change.

Greta Thunberg, meanwhile, has managed to squander a fair amount of the goodwill towards her after it transpired her eco-stunt of sailing across the Atlantic wasn’t as green as we all thought: although Greta refuses to fly, a luxurious stance to take in itself, her team, assembled to allow her to make this arduous point, feel differently, and will fly back home.

The idea that the rich and famous should use their profiles to highlight issues that matter to them is hardly new, nor is it a bad thing, should you choose to listen. But when they don’t follow their own advice, we begin to see that, ultimately, climate change campaigning for these people is just a useful way to signal their own value.

Like medieval nobles buying indulgences for their sins from the church, while telling everyone else to toil for salvation or else face damnation, it is the ultimate way of raising oneself above the masses. Gone are the days when etiquette, postcode, alma mater or familial ties were how one differentiated people. Now, it is how much one can afford to spend contributing to pollution while telling everyone else not to. It is a massive power trip.

It does far more harm to the cause for people to do it, and to then have their sleb friends defend them, than if they were to just keep shtum about it. That way, at least, the cause would not become part of a narrative of resentment. But people are less likely to alter their lifestyles if they see these people engaging in these behaviours, and then closing ranks when challenged on it. Why should they recycle or take the bus when royals and the wealthy burn through ten times the average person’s carbon footprint in a year? Surely that’s aspirational, and should be encouraged?

But there is another issue that is being affected specifically by the actions of the Duke and Duchess and their famous friends, and that is racism.

It seems that for some people, Meghan can do no right. But there is also an increasingly vocal cohort of people for whom she can do no wrong. While the former tend to put her failings down to her not being the nicest of people, for her supporters, the critics are simply racist.

The Labour MP David Lammy (who rarely misses an opportunity to call someone, somewhere, a bigot) has suggested as much, whilst Jameela Jamil went even further, branding the entire UK racist in one fell swoop.

If Brexit has taught us anything, it is that calling people you dislike racist for reasons unrelated to racism rarely has the desired effect. If nothing else, it reduces the force of what should be the most charged accusation in the English language. But Lammy and Jamil are so busy trying to see racism in the white population of the UK not particularly on board with hypocrisy or Hollywood diva behaviour unbecoming of a royal, they fail to note the real racism at play – which is the horror that climate change will bring to the Global South.

Western nations will suffer if the polar ice caps melt, the ozone layer is burned away and species die out en masse. But it is developing countries, with fewer resources and more precarious economies, who will suffer more. That is the real kicker when it comes to environmental disaster. Yes, it will affect us all, but try as some do, you cannot say that it will affect us all equally.

Call Western people racist for not taking too kindly to a white man and black woman pontificating on climate change, but I hardly think it’s the wealthy couple who need defending. The catastrophe will come precisely because people with platforms behave in the way the Duke and Duchess have, excusing the behaviour all round, and then spend their time decrying how awful the public are, even as disaster approaches.