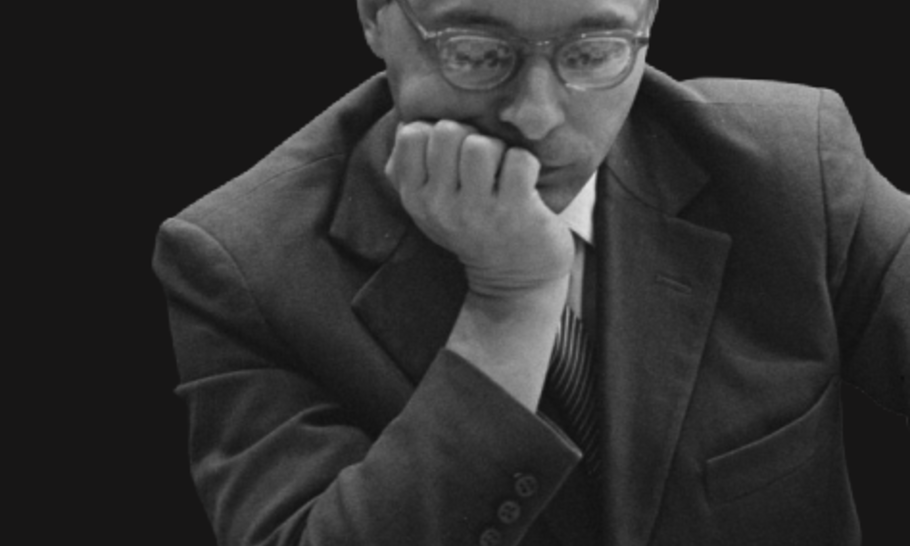 Having grown up in the era when the USSR dominated world chess, I must admit that the subtle distinctions between Russian, Soviet and Ukrainian were largely lost on me. Whether they were Latvian (Mikhail Tal), Armenian (Tigran Petrosian) Estonian (Paul Keres) or Ukrainian (Leonid Stein) — they all ended up representing the virtually unconquerable Soviet team. Having in an earlier column pronounced Stein to be the best of the Ukrainians, I have now been reminded that both David Bronstein and Isaac Boleslavsky also hailed from Ukraine.

David Ionovich Bronstein was born on February 19, 1924 in Bila Tserkva, Ukraine. When Bronstein was six, his grandfather taught him how to play chess. Later, his family moved to Kiev (now Kyiv); there he joined the city Chess and Draughts Club, soon winning the Kiev Schoolboy’s Championship. At the age of 16, he was invited to the 12th Ukrainian Championship, again in Kiev, where he took the silver medal behind the established Grandmaster  Isaac Boleslavsky. This fine result qualified the young Bronstein both for the Soviet national master title and a place in the USSR Championship semi-final in Rostov-on-Don. That was never concluded, due to the German invasion of the USSR on June 22, 1941.

Nevertheless, after 1945 Bronstein’s immediate career was meteoric. With FIDÉ, the world chess federation, now running the world championship along regular three year cycles, Bronstein won the 1948 Interzonal, a key qualifier on his path to the supreme title.  He went on to share 1st in both the USSR Championship (1948) and the USSR Championship (1949), then tied with Boleslavsky for 1st in the Budapest Candidates (1950), winning the subsequent playoff match. Bronstein had now earned the right to face the Red Czar of Soviet Chess, Mikhail Botvinnik in a world championship bout.

This match turned out to be one of the most controversial in the entire history of world championship chess. Indeed, it may have fuelled Bobby Fischer’s later accusations of match fixing by Soviet players. The enigma here is why either player should engage in a fixed result, when the chief prize, the accolade of world champion, outweighed any possible alternative compensation which might have been on offer? First, here’s some family background.

According to Chessgames.com, the NKVD (later the KGB) had arrested Bronstein’s father in 1935 because he had “tried to defend peasants… who were put under pressure by corrupt officials.”   Bronstein’s father was released after serving seven years in a gulag, and only rehabilitated in 1955. Bronstein never joined the Communist Party, nor any organisations associated with it, such as the Communist Youth Party, the USSR Writer’s Union, or the USSR Journalist’s Union.

With two games to go in the 1951 title match against Botvinnik, Bronstein was leading by one point, yet in the 23rd and penultimate game the young challenger mysteriously resigned in a position in which even modern computers have failed to prove a conclusive win for Botvinnik.

The latest modern computer analysis indicates that Bronstein (from the diagram position where he actually resigned and thus more or less abandoned all hope of winning the match) could probably have held on for draw with this cunning defence. Black’s pawn sacrifice on move 57 (instead of resigning) is necessary in order to be able to continue with 58…b6, thus eliminating the vulnerable target on b7. 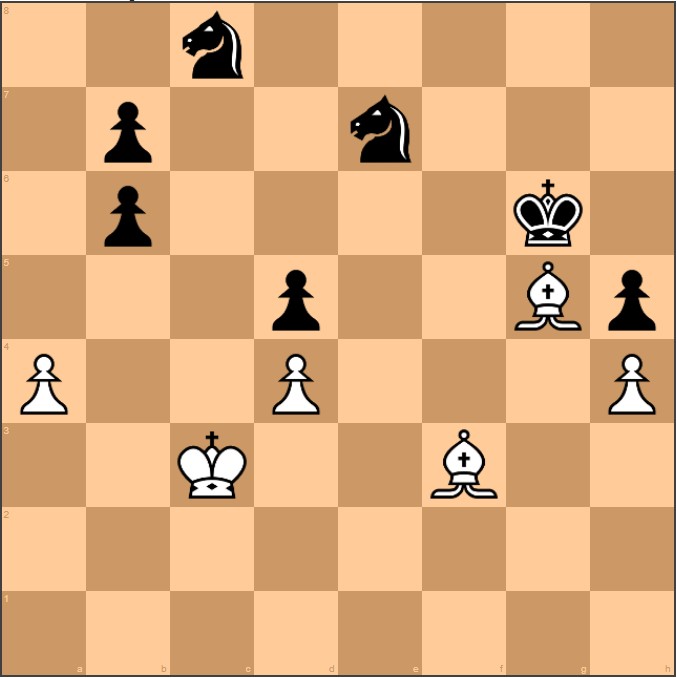 The 24th and final game fizzled out, the score was 12-12 and Botvinnik retained his title. Did Bronstein fear official repercussions if he won? Concern at that outcome seems very unlikely. Destiny had called out to Bronstein, but when the celestial phone rang, he hung up.

As a player Bronstein, with his brilliant combinational and sacrificial gifts, was a true heir of Alexander Alekhine. The Russian émigré had died as undefeated champion in 1946, thus giving FIDÉ its chance to seize democratic control of the championship.

Bronstein also made considerable creative contributions to theory in openings such as the Ruy Lopez (for example, against Paul Keres), the King’s Indian, which he virtually invented in its modern form (two seminal examples: against Frantisek Zita and against Ludek Pachman) and the Caro-Kann (e.g. the Bronstein-Larsen variation 1.e4 c6 2.d4 d5 3.♘c3 dxe4 4.♘xe4 ♘f6 5.♘xf6 gxf6). (Once again, two examples: against Istvan Bilek and also Nikolay Bakulin).

Bronstein once said that: “The art of a chess player consists in his ability to ignite a magical fire from a dull and senseless position.”  I conclude with a final facet of Bronstein’s genius, his ability to strike at the optimal psychological moment. In the following game against Smyslov, Bronstein is being gradually worn down, until he ingeniously muddies the waters with the wild sacrifice Nb4.

So rich is the fantasy portfolio of Bronstein, there are yet many more games that arouse both admiration and inspiration. Try the following for sheer dazzle.

Raymond Keene’s latest book “Fifty Shades of Ray: Chess in the year of the Coronavirus”, containing some of his best pieces from TheArticle, is now available from  Blackwell’s .