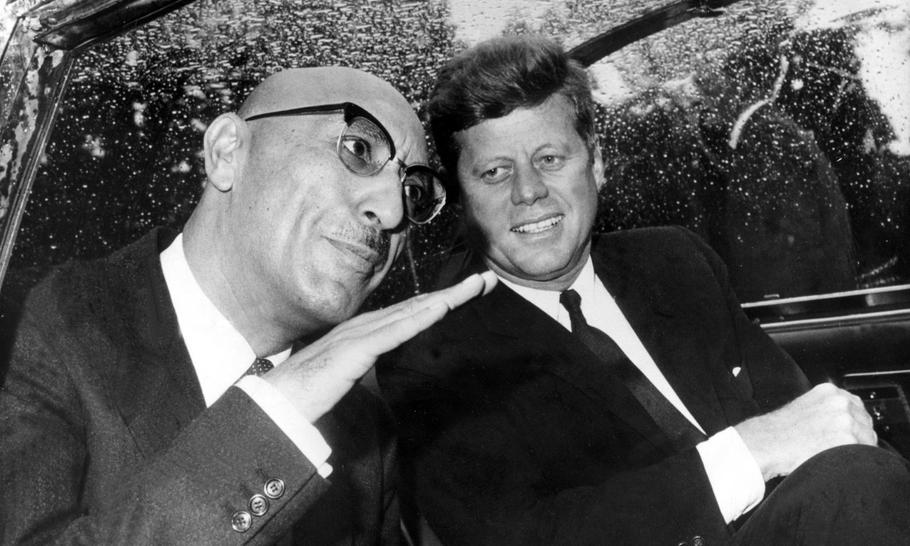 Despite trillions of dollars spent, hundreds of thousands of lives lost, and 20 years of engagement, Western foreign policy in the Middle East has left a trail of failed states in its wake. Heartrending images emerging from Afghanistan have brought that failure back to the front pages, yet the aftermath of past debacles in Iraq and Libya continues to simmer in the background.

Pundits are often in the habit of dismissing these disasters as the “inevitable” products of centuries-long ethnic and sectarian conflicts. But in decades past, these countries experienced periods of stability, prosperity, and national unity, marked by the strengthening of civil society embodying universal, or what we have come to call “democratic”, values. Instead of asking what went wrong in the last 20 years, the question should instead be: What went right in better times?

In the halcyon days of Iraq, Libya, and Afghanistan, it was not the investment of trillions of dollars or a similarly vast military commitment that made the difference. Rather, a focus on strengthening each country’s national ethos was the “secret sauce”, something that allowed for political frameworks to be founded upon local culture, national history, revered symbols, and familiar ideas. In cases where success lasted, solutions were reached through familiar political processes, all based on the trademarks of a distinctive national identity or cause.

Fledgling though it may have been, national identity nevertheless served as a critical unifying factor in each of these countries, gluing together countries otherwise factionalised along tribal, ethnic, sectarian, religious, and other dividing lines. A strong national identity was a necessary condition for the success of each of these countries. The recent history of Afghanistan and Libya demonstrates this point.

Until a Soviet-backed coup in 1973, Afghanistan ’ s last monarch, Mohammed Zahir Shah, presided over a functioning nation-state built around the country ’ s unique history, customs, and shared values. Despite a long history of tribal infighting, Zahir Shah managed to create national institutions which strengthened the country ’ s national identity, allowing Afghans to articulate a national identity alongside their own ethnic, tribal, and sectarian ones.

By the early 1960s, Afghanistan was sufficiently coherent as a nation for Zahir Shah to enact the constitutional reforms of 1964, which turned Afghanistan into a constitutional monarchy. A parliament was elected in 1965 and 1969, while successive governments worked under prime ministers who were not members of the ruling Durrani dynasty. The pace of reform was slow, but Afghanistan ’ s fledgling democracy was a remarkable island in a region dominated by authoritarian regimes. It could not survive the Cold War, and in 1973, a Soviet-backed coup ended Afghanistan ’ s decade-long experiment with democracy. The Soviet war machine arrived in 1979, and the rest is history.

In Libya, more than 140 tribes and three historically distinct regions used the traditional process of bay ’ ah to pledge allegiance to Sayyid Idris al-Senussi, a religious leader and anti-Italian resistance fighter. In December 1951, Idris became the first and only King of the United Kingdom of Libya. The 1951 Libyan constitution offered expansive political and social freedoms, many of which would not have been out of place in Western Europe. Article 11 guaranteed the rule of law; Article 21 guaranteed freedom of conscience; Article 23 guaranteed the freedom of the press. The parliamentary system was elected through universal suffrage at a time when even Switzerland and Portugal barred women from voting.

Idris was the head of the Senussi clan, an ancient Hashemite family and Sufi order that stood above the Libyan tribal fray and had served as a unifying focal point for Libya for more than two centuries, most prominently in the decades-long war against Italian colonisation prior to the Second World War. Many Libyans still regard the years between 1951 and 1969 as Libya ’ s “ golden age”, and one of the limited windows in which an organic idea of “Libyanness ” was developed. Libya ’ s distinctive national identity embodied universal values and was built around emerging national institutions that were consistent with Libyan customs, Libya ’ s unique history and its tribal context.

This, too, was derailed, this time by the pan-Arabist frenzy of the 1950s and 1960s. Pan-Arabism, socialist and Soviet-leaning, attempted to manufacture an Arab identity at the expense of national identity. Arab nation states were still fledgling and vulnerable, and many fell under the spell of its most charming ideologues. This movement brought Muammar Gadhaffi to power in 1969; once again, the rest is history.

In Afghanistan and Libya, and elsewhere across the region, periods of success were focused on attempts to build the foundations of a national identity. The West has quite flagrantly ignored the importance of this component of state-building, instead opting to mould nations in its own image. Perhaps the most prominent example of this mistake is the 2002 decision by the UN to veto an attempt by Afghanistan ’ s loya jirga tribal assembly to restore Zahir Shah to the throne, depriving Afghan politics of a possible independent arbiter. One wonders how things could have turned out differently, had the examples of history been heeded.

The West and western-influenced institutions such as the UN have supported western-sounding, often western-educated political leaders, pushing them to hold western-style elections in order to realise western political paradigms, with the help of western money and guns. This is nothing less than “ radical westernism”. In every instance, it has led to complete failure. Taken together, this has produced human misery on a grotesque scale and has also contributed to the triumph of autocracy over liberty, thus diminishing the influence and security of the West.

The hallmark of a radical ideology is a claim to absolute truth. Even in the face of failure and heavy cost, radicals prescribe more zeal and more perseverance, and argue for more of the same. Radical Westernists are no different, with some arguing — like relapsed communists — that western-style liberal democracy was not “ implemented properly”. Yet to cite Albert Einstein ’ s apocryphal line, “ Insanity is doing the same thing over and over and expecting different results.” Surely it is not too soon to jettison radical Westernism. In the Middle East, and perhaps beyond, a thoughtful overhaul of the premises underlying our foreign policymaking is essential if we are to avoid the short- and long-term consequences of systemic failure.

A “ pivot to national identity” is necessary to reverse the tide of failures in the MENA (Middle East and North Africa) region. The West should support processes to build and reconstitute nations around the unifying cause of national identity, bringing together people that would otherwise be divided. It is the only way to ensure that nations are not co-opted by external forces. National identity is a source of self-esteem that binds people together, giving a sense of purpose. It is the essential basis for national reconciliation. And while, if taken too far, it can morph into dangerous nationalism, national identity is an essential ingredient for a functioning state. If it is ignored, as we have seen already, the body politic will snap back to more basic political cleavages — its political muscle memory — and states will unravel altogether.

A whole generation of policymakers, state institutions, and think tanks, blinded by “radical Westernism”, must digest these lessons. This would perhaps start by becoming wearier of the prognoses of the political classes of troubled countries. They are almost always opportunists and chancers, self-promoters seeking to pocket money now or fill their bank accounts for tomorrow, fiddling while their countries divide and burn. The lip service they pay to their radical Westernist patrons is merely to  curry favour.

The next step is to think carefully about history, considering periods of national stability and success beyond the historiography commissioned by autocrats. The sources of legitimacy and political authority still matter. They vary between countries, as do the appropriate processes of establishing a legitimate government. History offers the best instruction as to appropriate models for different countries — certainly far better than misguided optimism.

Radical pan-Arabism and radical Islamism have both wrought terrible destruction by their inability to see beyond their own theoretical confines. The same can be said of radical Westernism. If Western foreign policy is to succeed in the long-term, it must be de-radicalised. A pivot to “ national identity ” — an alternative vision of politics that focuses on history and national unity, rather than projection and hopeless mimetic theories — offers an opportunity to overcome this systemic impediment.