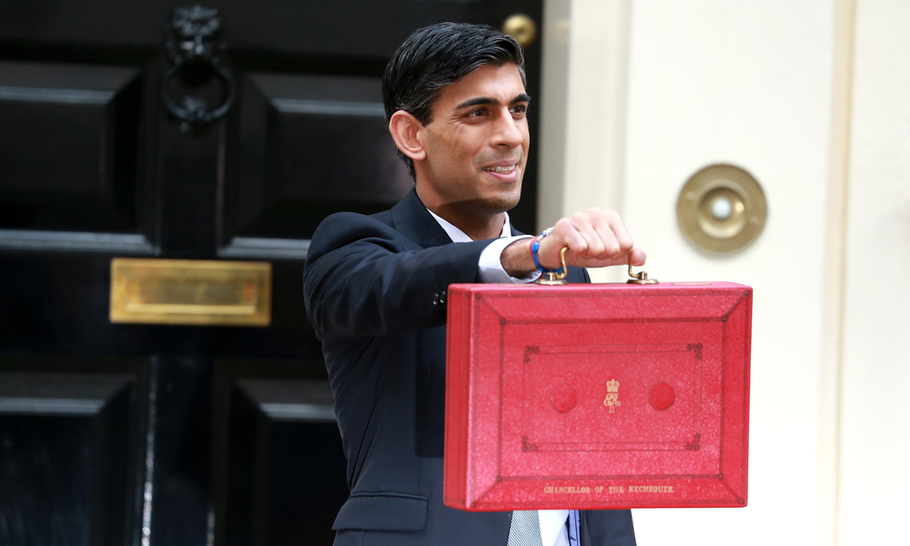 Rishi Sunak has laid the foundations to be an outstanding Chancellor of the Exchequer. His second Budget was a bravura performance with content to match: the policies were credible, imaginative, even-handed and ambitious. It showed that he is committed to getting the United Kingdom back on its feet following the ravages of the Coronavirus pandemic.

The first notable fact is the gravity of the situation in which we now find ourselves. This was not a political judgement, but the considered analysis of the independent Office of Budget Responsibility. Output is down 10%, the largest fall in over 300 years. Public debt is as a staggering 100% of GDP and rising, and will still be greater than 100% at the end of the forecast period in 2026. Unemployment is rising despite the continuation of the furlough scheme and there is huge job insecurity. Because of Covid the economy will be 3% smaller in five years’ time than it otherwise would have been. No Chancellor in living memory has faced such a challenge.

Against this background, and when the Government is spending billions to support jobs and businesses, it is naive to think the Chancellor could cut taxes, make a temporary rise in Universal Credit permanent or hand out subsidies to every special interest group, however deserving. To do so would have been reckless and would have lost the confidence of those from whom he needs. Already the Office of Budget responsibility estimates that a 1% increase in interest rates and inflation would cost the Treasury £25 billion a year.

This Budget is the first time the Chancellor has felt able to present the country with a complete picture of where we stand, bringing together total spending, output, employment, taxes and borrowing. He rightly avoided setting out detailed fiscal rules as Chancellors of different parties have done in the past. But he did set out three common-sense guiding principles: government borrowing should finance capital, not everyday spending; government debt should not be allowed to keep on rising; and the Government should take advantage of very low interest rates to raise capital to invest in infrastructure as the basis for future growth, which the private sector would balk at.

Sunak set out the Budget as a play in three acts, with the themes of future acts trailed in the first. The immediate problem in Act 1 is maintaining support to workers on furlough and the cut in business rates, while introducing help for first time house buyers and new Restart grants for business. The cost so far has been huge. A year ago, expected annual public sector borrowing was £50 billion. In the past year the Government has borrowed a record £355 billion because of Covid. In the Budget Sunak committed to spending £44 billion in further relief, so keeping borrowing at the previously unprecedented level of £234 billion. By historic standards these are staggering numbers and clearly vulnerable to rising interest rates. The Chancellor’s heartfelt comment was: “It is going to be the work of many governments over many decades to pay it back.” By providing a plan to reduce borrowing over the five year forecast period, he has laid the foundations for a return to sound money.

Some have argued that the Budget represents a fundamental change in direction in Conservative thinking, away from Mrs Thatcher and towards the tradition of Macmillan, Heath, Major and Cameron. This is to rewrite history. Providing a medium term monetary and fiscal plan is precisely what Geoffrey Howe did in the early 1980s. In his 1981 Budget, Howe introduced new taxes on North Sea oil and the banks. With inflation at 15%, he did not increase personal tax allowances, so leading to a significant increase in personal tax in real terms — as Rishi Sunak has also done. The new Freeports are not that different from the former Enterprise Zones. Ensuring that inflation was brought down and kept down was part of Mrs Thatcher’s DNA. The Budget’s plethora of initiatives in training, apprenticeships and support for the unemployed are not unlike David Young’s very resourceful policies of the 1980s. Although they had been set up under Labour, Mrs Thatcher found that the Scottish and Welsh Development Agencies, while contrary to her deeper instincts, served a useful function in redeveloping defunct industrial areas. Mrs Thatcher was, as I well know from my time as head of her Policy Unit at Downing Street, a pragmatic ideologue.

The battle against Covid has, in effect, been a war. Most wars since industrialisation began — the French Revolutionary and Napoleonic Wars, World War 1, World War 2 and the Vietnam War — have been accompanied or followed by serious inflations. Potentially the Covid war is no exception.

The Chancellor made clear in his Budget speech, even though he did not develop it, that he was committed to price stability. In his Monetary Remit to the Bank of England, he affirmed not just a general commitment to price stability but specifically to the 2% inflation target. This is important because it is a way of anchoring inflationary expectations at 2% and contrasts with the US. There Jerome Powell, the Chairman of the Federal Reserve, has changed the inflation target from 2% to an “average 2%”, so allowing inflation to rise higher than usual.

Six months ago making control of inflation a priority was seen as irrelevant by many economists and reputable commentators, as the challenge was to counter deflation and “go for growth”. Since then the staggering scale of fiscal expansion — through public spending and monetary easing, plus extremely low interest rates accompanied by Quantitative Easing — has been the order of the day.

However, investors have thought twice, changed their minds, and sold off bonds. Interest rates in the UK and US are now that much higher. These changes would make any Chancellor nervous. Annual growth of global M3, the widely used measure of global monetary growth, which has been running at 6% for the past decade, rose over the past twelve months to over 20%. In the UK the growth of M4 has risen to over 14% in the last year. The Bank of England and recognises that “the risks are large but balanced”.

Sunak recognises that inflation and interest rates cannot remain low for ever. My own expectation is that inflation will rise in the short term to 3, 4 or even 5%, but the Bank knows it will then have to raise interest rates to bring inflation back to 2%.
The Chancellor has produced a good Budget which addresses the current problems we face. Are there risks to the Chancellor’s strategy? Yes, of course. Increased demand for public spending, especially in health, education and higher welfare payments, may prove difficult to control. The tax incentives for investment make take longer to have an impact. More details will have to be given regarding proposals for future growth.

However, given the enormous scarring that Covid has inflicted, this Budget is the first coherent attempt not just to provide continuing relief for jobs and businesses until lockdown is over, but also a way forward to repair the public finances, keep inflation firmly under control and set us on the path through increased investment to raise productivity and growth. Rishi Sunak deserves high praise for a clever Budget, drawn up in the most difficult economic circumstances.