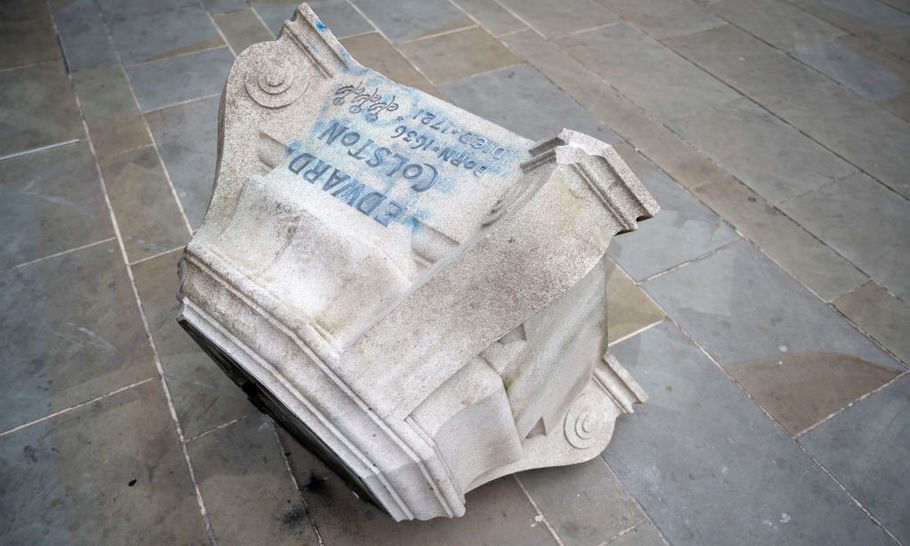 Most of those who have demonstrated against racism are too young to remember the tearing down of statues that took place after the collapse of Communism in Central Europe and the former Soviet Union. To compare that genuinely revolutionary moment with the present spasm of identity politics is revealing. Toppling statues of dictators under whose regimes you have lived for decades is different from removing memorials to long dead slave traders.

Yet slavery is by no means a thing of the distant past. It exists today in various forms, above all human trafficking. The Modern Slavery Act was only passed in 2015; it has been followed by a growing number of other countries. Yet some experts estimate that there are at least as many people around the world held under conditions that meet the definition of slavery as there were at the height of the transatlantic slave trade. That trade was abolished by Parliament in 1807 and suppressed by the Royal Navy, though slavery did not become illegal throughout the British Empire until 1833. We should ask ourselves what we are doing to abolish modern slavery.

Pulling down statues and renaming streets or buildings just won’t cut it. These merchants and statesmen were commemorated to celebrate their acts of philanthropy, not the evils of slavery. Erasing their names won’t do anything to eradicate present-day racism, let alone help the thousands who are still exploited, hidden in plain sight.

There is an unspoken political bias, too, in the choice of targets. Sir Robert Peel, whose father and namesake opposed the abolition of slavery, was a the most liberal of Tory Prime Ministers, indeed the founder of the modern Conservative Party. He was also, of course, the creator of the Metropolitan Police, much hated by protestors, and a notable refomer who sacrificed his career for the principle of free trade and cheap food after the Irish potato famine.

Peel deserves his fame. So, too, does William Ewart Gladstone, whose mercantile slave-owning family profited from the compensation paid after the 1833 Abolition Act. Gladstone was deservedly a folk hero of the British working class and his achievements during four terms as Prime Minister are too numerous to list. The fact that “Gladstone” was and is a common first name in the Caribbean suggests that the descendants of slaves there admired him as champion of emancipation. Indeed, the “Gladstonian liberalism” he bequeathed helped to pioneer modern human rights.

Horatio Nelson is another target. It is true that he opposed Abolition, but the fact that, more than a century after Trafalgar, Nelson Mandela was named after him again implies that “the Hero” was hardly seen as a villain in black South Africa. Nelson is not celebrated for his political views, but for his courageous resistance to a tyrant who reduced much of Europe to servitude.

Likewise, Sir Francis Drake is in the crosshairs for his contribution to the slave trade. There is no denying that he raided African villages and plundered Portuguese slavers for profit. Yet it is absurd to apply modern standards to an Elizabethan who not only played a leading role in the defeat of the Spanish Armada but was one of the first men to circumnavigate the world.

If we are to remove Nelson’s column from Trafalgar Square or Drake’s statue from Plymouth Hoe, then we might as well abolish Peel’s police force or the trades unions legalised by Gladstone. Slavery was a fact of life for most of humanity from ancient times until the recent past. If it is important to know our history, warts and all, we cannot sanitise it by casting our most significant figures into oblivion. That is the path to totalitarianism, as depicted by Orwell. It is the reality in dictatorships where past crimes, even genocides, have been airbrushed out of history.

Right now, millions of children are not going to school. According to Robert Halfon MP, chairman of the Education Select Committee, about 700,000 pupils from poorer families are doing no schoolwork at home. That is a much greater scandal than any statue. However, the present furore over racism is a “teachable moment” for this generation. It should provide an opportunity to discuss the past in a sophisticated way, recognising the inconvenient truth that we stand on the shoulders of giants — but that even giants are all too human.

History is a story that we write for ourselves and Britain’s part in it is by no means ignominious. We should not take the path of least resistance by sitting in judgement on the past while ignoring the injustices of our day. Denouncing the dead is easy; it does nothing for living slaves. Future generations will judge our society, not by its gestures, but by its deeds.