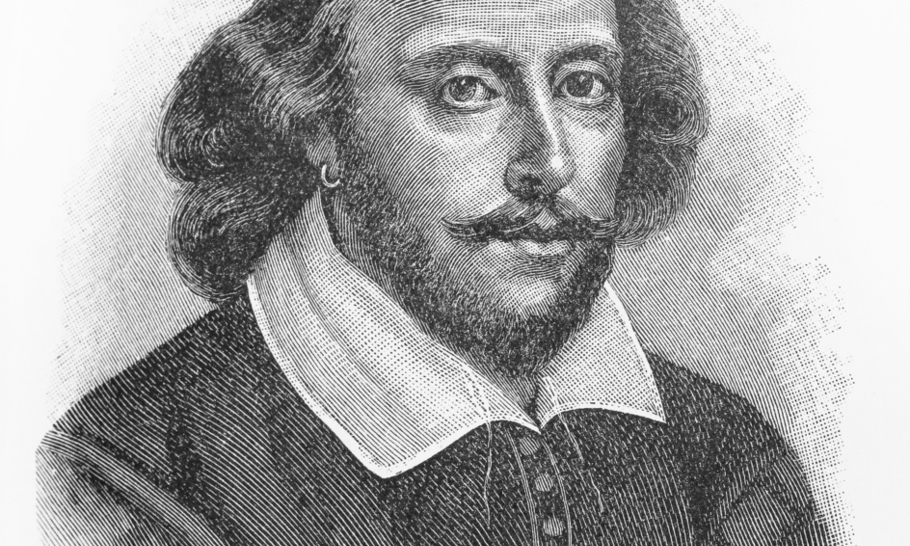 References to chess vocabulary abound in Shakespeare, with frequent use of words such as king, queen, castle, knight, bishop, check and mate. The most suggestive usage occurs in Act II of King John, “that thou mayest be a Queen and check the world.”

However, such vocabulary works equally well outside a chess context. In fact, the only conclusive evidence of a pure chess scenario in Shakespeare arises in The Tempest Act V where the stage direction reads:

And the subsequent dialogue between the two lovers, Ferdinand and Miranda, removes any shadow of a doubt:

Fer: No, my dear’st love, I would not for the world.

Mir: Yes, for a score of kingdoms you should wrangle, And I would call it fair play.“

That only leaves the problem of what this exchange means. What light does it throw on Shakespeare’s relationship with chess?

The conventional explanations are all negative: either that one of the inamorati  must be mistaken, or acting duplicitously, and that Miranda is such a doormat as to suffer being trodden on by Ferdinand, even if he is cheating. To summarise, their relationship is less ideal than would at first sight appear.

I believe all such interpretations to be mistaken and in particular the reductionism implied by critics underestimates the extent to which Shakespeare did have a profound grasp of chess.

First of all we must comprehend the context of the play. Ferdinand has been educated at the heart of a renaissance European court, located in the epicentre of contemporary culture and manners.

In contrast, Miranda has no experience whatsoever of European culture and has been marooned for most of her life on a remote island, possibly even one on the far side of the world explored or colonised by such great navigators of the day as Columbus, Magellan, Cortez, Drake and Raleigh.

Now let us consider what had been happening in chess around that time. Possibly introduced in India around 500 AD (or perhaps even earlier), the original form of chess, known as Shatranj, was popular with Persians, Arabs, Crusaders and Vikings, through their Varangian connections with Constantinople and Zatrikion, as chess was known by Alexius Comnenus and the citizens of the Byzantine (and later Ottoman) capital. Indeed, the celebrated Isle of Lewis chess pieces made of Morse, or walrus ivory, are a surviving testament to the popularity of chess amongst the Norsemen.

This early form of chess differed primarily from chess as we now know it, by virtue of the vastly weaker original powers of the Queen (formerly a vizier or minister) and the bishop (originally war elephant).

Around 1475 the new chess started to become fashionable, with the queen and bishop enjoying the vast range they now exercise. Ferdinand would of course know this, while marooned Miranda would not, hence would still be observing the ancient rules.

What was special about 1475? Chess is a game of warfare, but the old version lacked long range pieces, reflecting the introduction of gunpowder and cannon. That, combined with new perceptions of perspective and distance, helps to explain the revolution which propelled chess to vastly greater popularity. The path of the new chess was considerably smoothed by the relative absence of Shatranj literature, much of which had been destroyed by The Mongol Hulagu in his annihilation of Baghdad.

Were I to be directing The Tempest, I would have the following moves already played on the board: 1 e4 e5. I would have Ferdinand now move 2 Qh5. That blatant demonstration of the powerful scope of the modern Queen would certainly justify Miranda being provoked to comment.

It is likely that the new powers of the Queen, which so astonished Miranda, were encouraged and consolidated, though not caused by the example of powerful female rulers. Following 1475, these included such women as Queen Isabella of Spain, who sponsored the voyages of Columbus to the New World, Margaret of Parma, Spanish Regent of the Netherlands, Catherine de Medici of France, Mary Queen of Scots and above all Queen Elizabeth I, whose navy defeated the great Spanish Armada of 1588.

The final piece of evidence for Shakespeare’s comprehension of chess is a picture attributed to Dutch artist Karel van Mander, allegedly from 1603, depicting Shakespeare holding a dark squared bishop in the new form of chess, about to deliver checkmate against Ben Jonson with … BxQ on c3.

So, the conclusion is that both Miranda and Ferdinand are right. Shakespeare really understood his chess and he was so fond of it that it would be considered normal for him to be seen playing against his contemporary dramatist and poet Ben Jonson.

Instead of a game this week, here is a link to an explanation of the old form of chess. Note in particular the relatively feeble powers of the Queen (vizier) and bishop (war elephant).