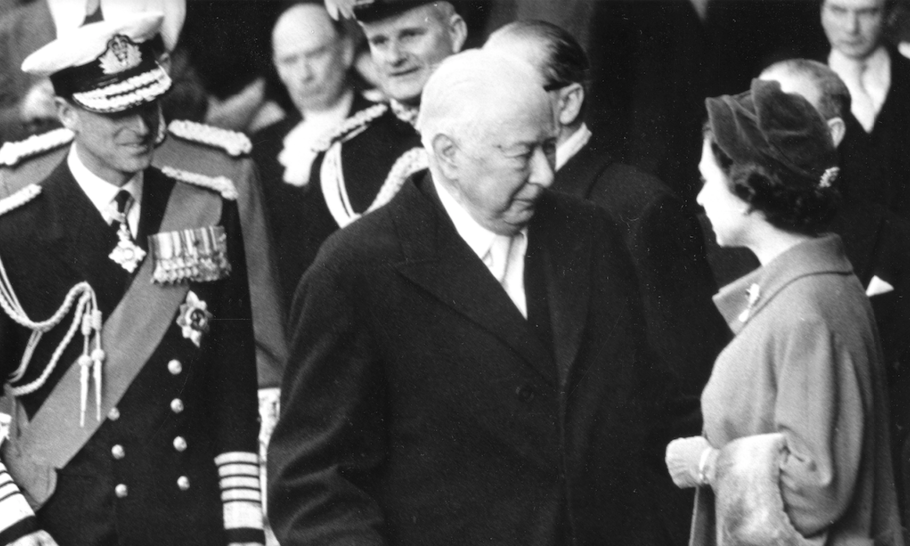 Theodor Heuss, the German Federal Republic’s first head of state from 1949 to 1959, was an almost universally popular figure, at home and abroad. More than any other politician, President Heuss represented the “good German”, highly cultured and untainted by Nazism. So admired was Heuss across the political spectrum that he was obliged to resist pressure to alter the new constitution to allow him more than two terms in office. When the President made his first state visit to London in 1958 and was fêted by the young Queen Elizabeth II, not only West Germans but many East Germans too were able to feel patriotic pride for the first time since 1945.

Hidden in the archives of the Stasi, however, was a Soviet intelligence file, now unearthed by an American historian, that puts Heuss in a very different light. According to an unnamed American spy who defected to the Soviet Union, Heuss had spied for the US for two years immediately after the war. A drunken US agent, John Seitz, had reportedly revealed the truth about the former West German President in his cups.

The story is told in a paper by Thomas Boghardt published in the CIA’s in-house journal, Studies in Intelligence. Now declassified, the article analyses the Stasi document and concludes that its wealth of detail lends credibility to its source. “While Heuss remained his own man, his meteoric rise would have been inconceivable without US support,” Dr Boghardt writes.

Reaction in Germany has been mixed. Germans are used to revelations about the Nazi parts of prominent postwar figures. The founder of the Berlinale film festival, Alfred Bauer, has just been exposed as an associate of Joseph Goebbels, the Nazi Propaganda Minister, for example. In the East, much of the adult population were working for the Stasi.

But Germans are less accustomed to their heroes being unmasked as US intelligence assets. During the Trump Administration, anti-Americanism has re-emerged and the discovery that the CIA had listened in to Angela Merkel’s private phone conversations caused outrage. A spokesman for the Theodor Heuss Foundation in Stuttgart cast doubt on the story of their patron as a US spy, insisting that both the source material and Dr Boghardt’s paper were “very dubious”.

Heuss was born into Bismarck’s Germany in 1884 and made a modest career as a journalist and academic. In the Weimar Republic, he was elected to the Reichstag for a small liberal party and wrote a book, Hitler’s Way, which warned against the Nazi danger and was later used by US intelligence during the war. In 1933, however, he voted for Hitler’s Enabling Law — reluctantly, he later claimed — which legalised the Nazi dictatorship. During the Third Reich, Heuss was banned from journalism, but contributed to the Frankfurter Zeitung (forerunner of today’s paper of record, the Frankfurter Allgemeine Zeitung) under a pseudonym. Living quietly in Heidelberg, Heuss was in contact with the German resistance leader, Carl Goerdeler, but he avoided being implicated in the July 1944 plot to assassinate Hitler and survived the war.

While keeping his head down, Heuss also wrote several biographies, including one of Robert Bosch, the founder of the eponymous engineering company best-known for household appliances. Bosch had been a socialist and a pioneer of worker participation in management, but was obliged to co-operate with the Nazis. Hence he was a symbol of the moral dilemmas faced by many Germans, before and after their defeat. Heuss depicted Bosch as a role model for his compatriots, completing his biography just as the Third Reich collapsed.

After the war, Heuss was visited by an American lieutenant working in Psychological Warfare, who judged him to be “obviously a man of very superior quality”. (Heuss had wisely produced a rare bottle of vintage wine for his guest.) The officer’s superiors in the US Zone appointed Heuss as editor of a regional newspaper and later as a culture minister. In return, Heuss took a pro-American line in public.

Secretly, he was also writing “numerous reports” to US Army intelligence from 1946-47, for which he was not only paid in hard currency but sent boxes of cigars, then virtually unobtainable. This was a period when tens of millions in occupied Germany were homeless and hungry, while the devasted economy was ruined by hyperinflation until the Deutschmark was launched in 1948.

Whether Heuss’s reputation as in independent-minded elder statesman will survive the revelation that he was a paid US asset depends on how sympathetic Germans are to his Atlanticism — a mindset that has ceased to be fashionable since the Cold War ended. Unlike Konrad Adenauer, the first West German Chancellor — an awkward customer, who had not only been imprisoned by the Nazis but contrived to be sacked as Mayor of Cologne by the British occupiers — Heuss was a more emollient figure, with whom both former Nazis and their victims could identify. The liberal Free Democratic Party that he founded and led before being elected President was similarly relaxed about those with questionable pasts.

Older Germans fondly recall his Swabian accent and his ability to promote reconciliation. His official portrait by Oskar Kokoschka shows a statesmanlike intellectual and democrat, the antithesis of Nazi demagogy. But Theodor Heuss will now be regarded by those too young to remember his time in office, or born after his death in 1963, as a typical German of his generation: a man of secrets and evasions, a servant not only of the new German state, but also of the United States.