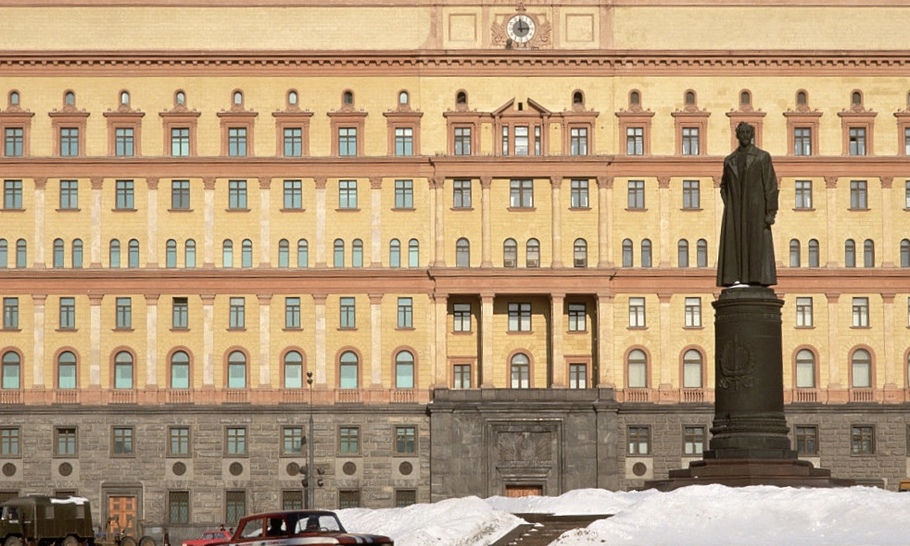 When Ronald Reagan told an audience of American evangelicals in 1983 that the Soviet Union was an “evil empire”, he was roundly condemned by liberal opinion at home and abroad. Yet the President was right. Leaving aside the crimes of its leaders and the oppression of the peoples under their control, the influence of the USSR was uniformly malign. When Soviet communism collapsed, there was hope that Russia would play a constructive role and take its rightful place as a leading member of the concert of nations.

That was before Vladimir Putin, a former KGB colonel, established his iron grip on the Kremlin more than two decades ago. Now the world is waking up to the reality that Russia has become a mutation of the old Soviet regime: less threatening in theory, perhaps, but no less murderous in practice. What remains of the latter’s Marxist-Leninist ideology is boundless cynicism, pitiless cruelty and an unscrupulous lust for power. Combined with bitter resentment of Western democracy, these characteristics make for a lethal enemy. Putin’s Russia is a rogue state with nukes, Novichok and fake news.

The latest monstrosity from Moscow has come to light only thanks to an impressive scoop by reporters for the Times. In order to eliminate a dangerous competitor to its own “Sputnik” vaccine for Covid-19, the formidable Russian capacity for disinformation has been turned against the Oxford vaccine. Exploiting the fact that the British research team, backed by AstraZeneca, have used a chimpanzee virus as the basis for their antibody vaccine, hostile images and memes have suddenly appeared online in at least a dozen countries. The big lie is that people injected with what the Russian trolls are calling “the monkey vaccine” will turn into chimpanzees.

As yet there is no definitive proof that this campaign originates with and was ordered by the Kremlin. But the methods bear all the hallmarks of the “troll factories” deployed by the Russian state to spread confusion and mayhem. The very concept of “disinformation” (dezinformatsiya) emerged from the KGB’s black propaganda department. The present-day successors of the Soviet intelligence agencies are adept at covering their tracks, but the “monkey vaccine” from Oxford has also surfaced in Russian state media. The Times report is based on inside information provided by an operative whose conscience was troubled by the consequences of their activities.

What makes this campaign of sabotage so diabolical are two facts: first, that it capitalises on widespread fears of vaccination; and secondly, that it is designed to divert attention from the lack of proper scientific trials for the Sputnik vaccine. In the United States, online anti-vaxxers are deliberately spreading mendacious material and have succeeded in persuading up to a third of Americans to say that they would refuse any Covid-19 vaccine. In parts of the developing world, rumours — such as the lie that vaccination is aimed against Islam — are often more trusted than medical science. The “monkey vaccine” campaign may seem incredible but it has the potential to do great harm.

As for the Sputnik vaccine, which is being promoted by the Kremlin as a miracle drug: it is based on similar techniques as the Oxford vaccine. Both are adenovirus vaccines, which train the body’s immune system to produce the antibodies necessary to resist a coronavirus such as Covid-19. All vaccines are supposed to be tested, not only for their effectiveness but also for possible side effects. But unlike the Oxford vaccine, which is now undergoing exhaustive trials on some 50,000 patients worldwide and will then be subject to further scrutiny by global regulators, the Sputnik jab was rushed through a perfunctory and widely criticised trial process, in which it was tested on just 79 people. As the Times Science Editor Tom Whipple puts it, “Not only do the team behind it not know of it is safe, they do not even know if it works.”

The ruthlessness of the Russian regime, fuelled by a rivalry that seemingly knows no ethical limits, has brought us to the point where the rest of humanity requires protection from Moscow’s machinations. In his “Finest Hour” speech, Winston Churchill painted a grimly prophetic picture of the future if the war against the Nazis were to be lost. The “whole world”, he declared, “will sink into the abyss of a new Dark Age made more sinister, and perhaps more protracted, by the lights of perverted science”. With the world already prostrate under the impact of the pandemic, this dissemination of fake news amounts to cyberwarfare against the human race.

The British Government cannot ignore the monsters brought forth by the sleep of reason in Russia. The intelligence and security services should investigate this attempt to sabotage the extraordinary efforts of scientists at Oxford University. If the disinformation can indeed be traced back to the Kremlin or its agencies, then targeted sanctions should follow. Just as the poisonings of British civilians in Salisbury and Alexei Navalny in Siberia could not be tolerated, so we cannot ignore this odious campaign to poison the mind of mankind.