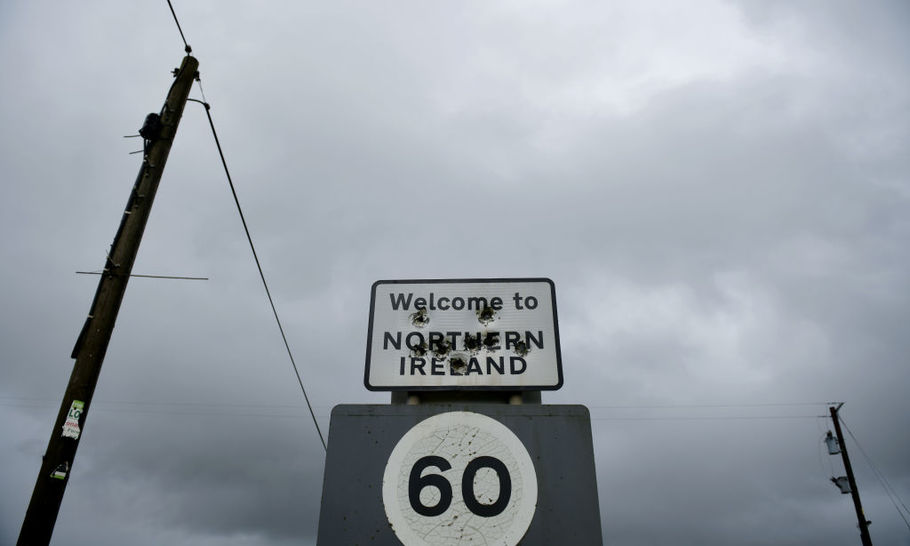 To get the week off to a good start, a sizeable section of Twitter fell into a fit of hysteria yesterday about a piece of government legislation that will be published tomorrow. They were reacting to a Financial Times report that the Internal Market Bill, intended to protect trade between the regions of the UK, will “eliminate the legal force of parts of the withdrawal agreement,” previously struck by Britain and the EU.

The environment secretary, George Eustice, did the rounds yesterday, assuring the BBC’s Today programme that the government is “committed to implementing the Northern Ireland protocol,” which is the part of the deal that still creates controversy. Number 10 later clarified that the bill will include “minor clarifications in specific areas.”

They did not react quickly enough to stem a flood of overheated nonsense about the threat to Ulster’s “peace process” and the Good Friday Agreement.

The chairman of the centre-right European People’s Party (EPP Group) in the European Parliament, Manfred Weber, accused Boris Johnson of “taking Northern Ireland hostage again”. Neale Richmond, an Irish MP for Fine Gael, a coalition partner in the Dublin government, implied that the government was, “using the fragile peace on this island to get concessions from the EU.” Meanwhile, in Belfast, the leaders of four pro-Brussels parties at Stormont demanded, not just that the UK implement the protocol, which creates an internal trade border between Great Britain and Northern Ireland, but that it implement it with “rigour”.

Perhaps the most revealing comment came from Sinn Fein’s deputy first minister, Michelle O’Neill, who tweeted about a potentially, “treacherous betrayal which would inflict irreversible harm on the all-Ireland economy.” That comment at least stripped away the pretence, maintained by less vitriolic political parties, that they are concerned with Northern Ireland’s economy, and not keeping the province aligned with Dublin or Brussels rather than London.

The contents of the proposed bill will be revealed soon enough, but the government’s approach was set out in a white paper on the internal market, published by the business secretary Alok Sharma, and a command paper on implementing the Northern Ireland Protocol. The bad news for unionists is that neither document came close to reducing the likelihood of a significant economic barrier between Great Britain and Ulster.

The new legislation is likely to focus instead on making sure that the EU cannot impose its state aid restrictions on the rest of the UK through the Northern Ireland protocol. Brussels’s increasingly wide definition of state aid leaves open the possibility that any public money granted to businesses providing services in the province, and any government investment in infrastructure that benefits its economy, even indirectly, could be challenged through the ECJ.

In addition, the Financial Times reported that the bill will address the requirement for Northern Ireland firms to complete export summary declarations when they sell goods to Great Britain. The government set out its argument against these provisions in May, writing in the protocol command document that “it makes no sense for NI businesses to be required to complete an export or exit summary declaration as they send goods into the rest of the UK. Self-evidently goods being sent away from the Single Market cannot create a backdoor back into it; and any such goods subsequently leaving the UK would be subject to entry checks anyway en route to their new destination.”

The Withdrawal Agreement does not mention these declarations explicitly, but the EU maintains that they are necessary because Northern Ireland will remain subject to its customs code. It’s difficult to imagine what Brussels hopes to achieve by requiring this paperwork, other than maintaining its reluctance to show any flexibility.

The most significant issue around customs is the protocol’s requirement that Northern Ireland companies must pay up-front tariffs on goods “at risk” of entering the single market, including all materials intended for processing. At the time, the government insisted that the joint committee charged with implementing the Withdrawal Agreement would soon exempt most categories of goods, with the prime minister implying that the rules would eventually only apply to trade in weapons and dangerous animals.

This expectation was naive, at best, because it rested on the idea that the EU would become cooperative and reasonable in order to minimise disruption for Northern Ireland’s economy. Now, the government is indicating that it may act unilaterally to exempt certain types of goods from tariffs. Any Northern Irish party that is interested in protecting Ulster’s trade with Great Britain should surely be urging all sides in the negotiations to minimise potential disruption, like tariffs and paperwork.

At best, the Internal Market Bill is likely to formalise the government’s “light touch” interpretation of the Northern Ireland protocol. There is no suggestion that it will blunt single market rules in the province, or leave it outside significant parts of the EU customs code, or even remove the need for checks. The UK government almost certainly still intends to divide its economy, in a way that would be unthinkable to most sovereign states.