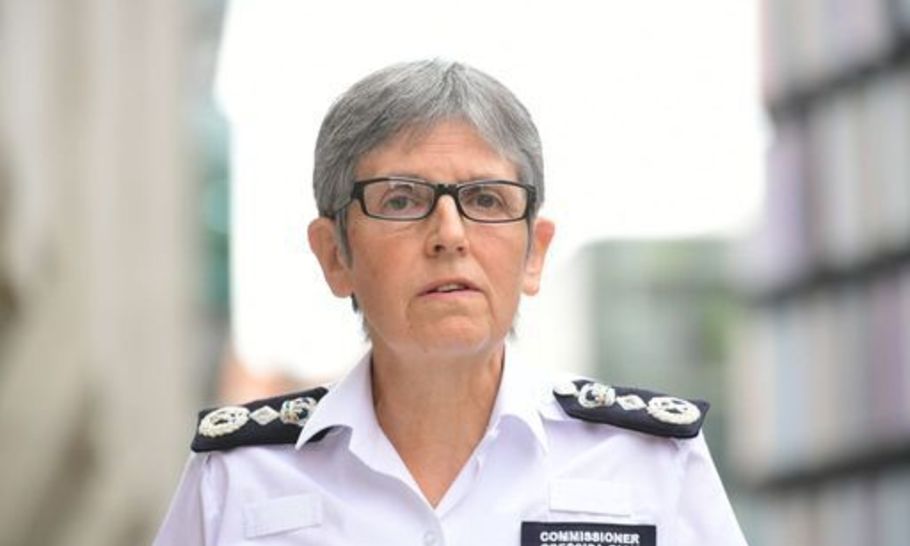 Cressida Dick is in the firing line — yet again. The Police Commissioner for the Metropolis is being criticised for the policing of the Wembley Euro final last Sunday, which allowed fans without tickets to overwhelm the entrances to the stadium. The scenes of drunken mayhem that took place before, during and especially after the match will have done England’s reputation no good. But were the Met — and its chief in particular — to blame? Above all, was this incident, and others that have allegedly marred her record of leadership, serious enough to warrant ruling out another five-year term as Metropolitan Commissioner?

Today, as it happens, Cressida Dick will be honoured with a Damehood at Buckingham Palace. She is, of course, the first woman and also the first openly gay person to lead London’s police force. Given the workplace culture of the police, at least in the past, she must have had to overcome considerable obstacles to reach the summit of her career.

Nor was that career without controversy. In 2005, two weeks after the 7/7 bombings, she was in operational charge when a suspected fugitive terrorist was shot dead. The man, Jean Charles de Menezes, turned out to be an electrician going about his lawful business. The then Commander Dick was later cleared of blame by the subsequent inquiry, although the Met accepted responsibility for its fatal error. But Dame Cressida has had to live with the death of an innocent man on her conscience. No one could say that her character has not been tested.

When Dame Cressida took over in 2017, her predecessor, Lord Hogan-Howe, had been denied a full second term (he was granted only a one-year extension), mainly on account of what was seen as police mishandling of historic sexual abuse allegations, especially the notorious Operation Midland. The tendency of both media and politicians to use the police as a scapegoat was already apparent — a tendency that has inevitably led to a loss of public respect for the constabulary.

It was Dame Cressida’s task to restore morale. She faced a serious terrorist threat, an epidemic of knife crime and the challenges of dragging a force that has always been resistant to change into an era when “diversity” was no longer a desideratum but a necessity, as racism and other forms of “hate crime” became ever less tolerated. The difficulty of policing new forms of protest, the explosion of cybercrime and demands that police abandon tried and tested methods, such as stop and search, presented new challenges to a force whose numbers had been cut on the mistaken assumption that crime was in permanent decline. And then came perhaps the biggest challenge of all: policing the pandemic, with all its attendant risks of alienating the public.

Looking back over the last five years, Dame Cressida has got many more things right than wrong. She successfully lobbied behind the scenes for a substantial recruitment programme, which is now under way. Terrorism has receded, at least for the time being, but not without colossal efforts of detection and deterrence. Knife crime has proved more intractable: teenage murders are likely to reach a 13-year high this year. But public order has in general been preserved even in the most difficult circumstances, such as last year’s BLM and Extinction Rebellion or this year’s Kill the Bill protests. The Commissioner has balanced conflicting expectations from those, especially in socially liberal London, who prioritise sensitivity and react strongly against “heavy handed” policing, and those, especially outside the capital, who want the Met to crack down hard on all forms of lawbreaking. It is partly because she has tried hard to make London a “safe space” that there is such fury when, for example, the Sarah Everard vigil was dispersed by force. But when football fans behave badly, the police are blamed for not being tough enough.

The politics of policing London would be a nightmare even if Dame Cressida were not expected to simultaneously satisfy two such different bosses as Priti Patel and Sadiq Khan. Yet the Home Secretary and the Mayor both have the power to deny her a second term. One of Boris Johnson’s first acts as Mayor was to engineer the resignation of the then Commissioner, Lord Blair. In the past, there were reports that Priti Patel had been critical of Dame Cressida’s softly, softly approach and her deference to political correctness. When asked whether the Commissioner had her support, she has sometimes seemed evasive. The Mayor is a fair-weather friend, but as soon as he senses that the tide of public opinion is running against the Met, he has been quick to follow it.

Yet criticism from the Home Secretary has been muted in recent weeks. Dame Cressida has let it be known that she will informally apply for a second term next month. If this request is denied, the obvious inside candidate is the head of Counter-Terrorism, Neil Basu. He has been outstanding at his job, but his politics appear to be well to the Left of Dame Cressida’s. Unlike her, the Assistant Commissioner is a hardliner on positive discrimination in recruitment. When asked whether the Met should employ a person who had used Boris Johnson’s language (e.g. “piccaninnies”) and compared veiled Muslim women to a “letter box”, Basu’s answer was a firm “no”. He was critical of the Sewell review of racial disparities, commissioned and endorsed by the Prime Minister. It seems unlikely that under Basu’s leadership the relationship between the Government and the Met would be a smooth one. Nor is there an outstanding outside candidate among the present field of chief constables.

Despite the current controversy over Wembley, then, the smart money is on Dame Cressida getting a second term. She would be wise, though, to admit that mistakes were made and to take responsibility for them. The public prefers that to buck-passing, but it expects lessons to be learnt, too. Morale in the Met is higher than for some years, largely thanks to fresh new recruits. The task of building support for the police across the many communities in the capital will take longer; here experience counts for a great deal. Despite her academic background, Dame Cressida is a proper copper who has given her whole life to the Met. Whatever reservations the Home Secretary may have about the Commissioner, it would be better to prefer the devil she knows. The incumbent seems the best woman for the job, faute de mieux.

Given that the role is well-nigh impossible, there is nothing like the Dame.