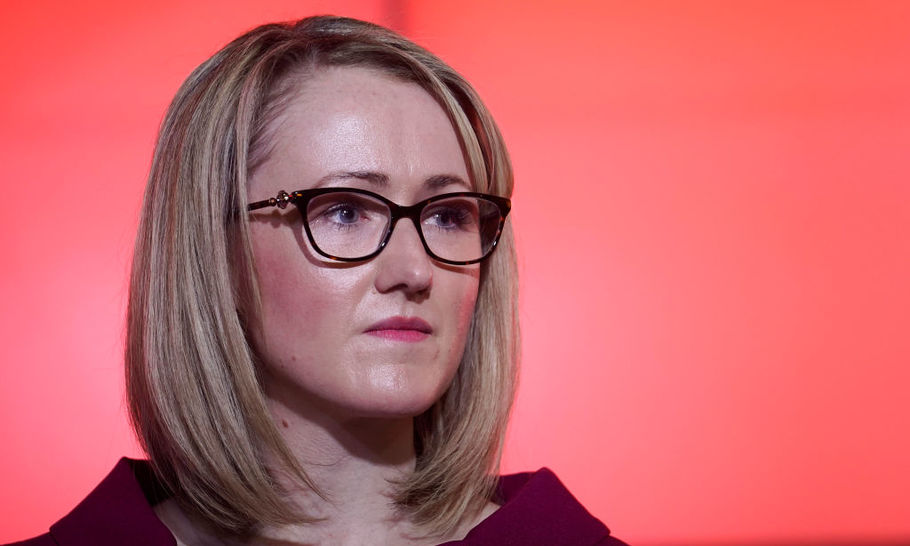 Despite Labour’s anti-Semitism problem hitting the headlines in the last general election, it seems that the party’s tirade against religious minorities is far from over. Party leader hopeful Rebecca Long-Bailey, recently came under fire from the membership at large for her responses to questions from the Catholic diocese of Salford, some of which concerned abortion.

In her responses, Long-Bailey stressed that the Labour Party had not stated that “time limits will be reviewed and definitely not that they should be increased,” though she added that she personally did not agree that it is “legal to terminate a pregnancy up to full-term on the grounds of disability” . Long-Bailey promised the Catholic diocese of Salford that she would play her part in ensuring that their views are heard on abortion.

This, in turn, sparked outrage. A letter to Labour leadership candidates was compiled which asked all candidates to “defend and extend reproductive rights”. Phillips, Nandy, Starmer, and Thornberry, all signed. Long-Bailey decried the publishing of her answers as “grubby attempts” to misrepresent her position, and quickly signed and pledged her support, too.

But, the damage has been done. Swathes of anti-Catholic prejudice has since been circulating online. Paul Mason, a popular British commentator, tweeted that he didn’t want Labour’s policy on reproductive rights dictated by the Vatican. Oliver Kamm, journalist, said priests’ “hostility to legal abortion is morally reprehensible”, and rejected by more than 90 per cent of voters. And a host of other keyboard warriors came out of the woodwork to add their bit as to why they feared Long-Bailey voicing the views of the local bishops.

It seems that the days of mistrusting Catholics for holding public office are upon us again. Look no further than Barbara Keeley MP who, in response to the same questions from Salford’s bishops, refused to answer whether she thought people with pro-life views could hold elective office in the Labour Party. So much for the party of inclusion.

The past few days of discourse would have one believe that any attempt to review abortion laws (even laws that permit discrimination on the grounds of disability) in the UK stands antithetical to public will. This, however, is simply not the case.

And yet, by signing the open letter to Labour leadership candidates, the five hopefuls have pledged to “oppose any attempt to reduce abortion time limits”. Reasoned debate and review is shunned in favour of an increasingly out of touch and ever-expansive “reproductive rights” agenda.

The open letter argues that a woman’s right to choose is under attack from right-wing groups in the US. Yet, it is not uncommon for such groups simply to be pro-life and non-partisan. Often, those seeking stricter abortion laws support increased welfare for parents who might face financial difficulty when raising a child — hardly my definition of right wing.

By signing the open letter, the Labour leadership candidates have edged us closer to resembling the US, where abortion is almost always a partisan issue. The to-and-fro of red states introducing “heartbeat bills”, only to be countered by a blue state’s introduction of exceedingly lax laws, amplifies the partisan nature of abortion across the pond. This threatens to reduce reasoned debate to little more than election rhetoric.

By pledging to extend supposed reproductive rights, Long-Bailey hoped to prove that the Vatican does not dictate her actions. And yet Long-Bailey has let the out of touch pro-abortion lobbyists dictate her allegiance instead. She could have spoken out against the anti-Catholic storm that raged against her. On this issue, however, she was silent. So much for ensuring the views of the diocese of Salford get heard.