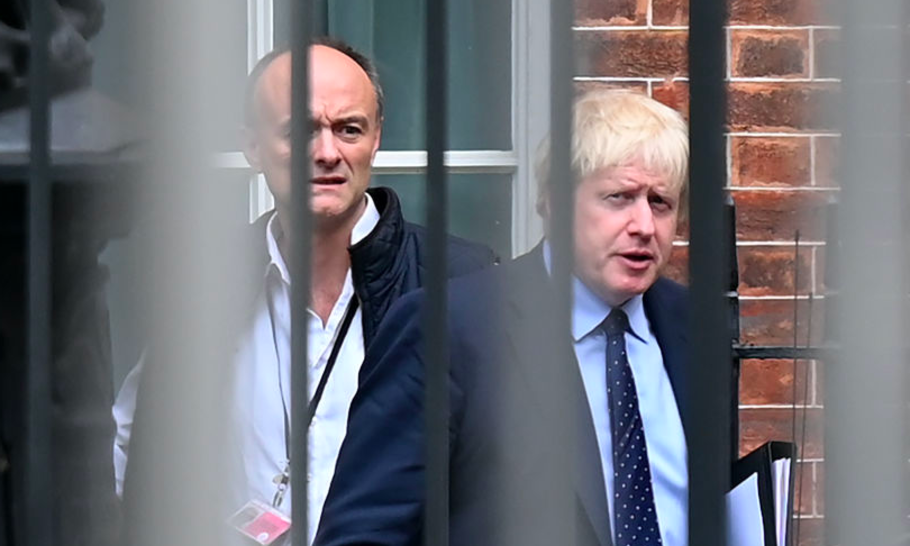 While No10 wrestles with the shifting challenges of Covid and Brexit, a longer-term project moves along in the background, the aim ­of which is to construct a new, more efficient system of government. There are too many layers of bureaucracy, too many checks and balances. They need to be replaced by something more responsive, so that when a lever is pulled in No10, the long robot arm of government will instantly reach out to make changes in the outside world. There will be no annoying intermediaries getting in the way.

Dominic Cummings is not so much a political wonk or communications specialist, but a system builder. His plan is to take the insights of scientific and technological progress and to apply these to political action. In his time at the Department of Education, he developed a now-famous dislike for what he called “the blob”, his term for the layers of bureaucracy and those meddlesome institutions that were slowing everything down. This frustration seems to have shaped his political outlook.

To understand Cummings, you need only look at the notorious job advert that he posted on his blog, which invited people to apply for positions in his team in No10. It was headlined: “We’re hiring data scientists, project managers, policy experts, assorted weirdos”. In that advert, Cummings set out what qualifications he expected from candidates:

We are long way from “the blob”. Cummings’s view of government appears to be that it should be driven by data-wranglers, the kind of person more associated with Silicon Valley than Whitehall. With their ability to manipulate data and construct computer models of society, they would create an entirely new kind of political problem-solving engine.

But for this new system to work, the channels down which political instructions are passed must be super-fast. That means civil servants are expected to enact government policy at top speed and with critical faculties firmly switched off. If they reject that role, if they have an opinion, or worse still, if they interrogate the instructions issued from the centre, then an error has occurred and the inefficient component must be removed.

The former head of the civil service, Mark Sedwill learned this rather brutal lesson. He was sacked for casting a disapproving eye over Michael Gove’s proposed “shake-up” of the civil service. Cummings started briefing against Sedwill, after which it was only a matter of time. Johnson replaced him with David Frost, a man who happens to share No10’s views on almost everything. Inefficiency removed. The system is optimised.

What goes for civil servants also goes for senior ministers. Sajid Javid found this out when, while still Chancellor, he refused to let No10 fire and replace his entire staff. For this show of resistance Javid was fired and Rishi Sunak installed in his place. Sunak’s appointment is one that Johnson may yet come to rue, but his intention was clear. By putting a callow youth in the Treasury, surrounded by No10’s own people, he thought he could bring that department under control.

In the same way, Johnson brought the parliamentary party to heel with a ruthless round of sackings last September. The PM threw 21 MPs out of the party after a row over Brexit. Rather than allow for a contrary impulse to persist inside the party, he simply cut it out. The coldness of the move was reinforced when, shortly after, the PM’s own brother resigned, saying he was unable to balance his political views with family loyalties.

These 21 MPs — two former Chancellors among them — represented a long-standing europhile tendency in both the Conservative party and the country. Their sacking was not because in political terms they represented a view abhorrent to the Tory party or to Conservative politics more broadly. They were jettisoned because they refused to come under No10’s control. Downing Street was pulling the lever, but nothing was happening at the other end. They were malfunctioning and non-responsive. They had to go.

But perhaps the greatest threat to this relentless search for efficiency comes from the courts, as No10 found out when it tried to prorogue Parliament. The Supreme Court’s subsequent ruling that the closure of Parliament was unlawful caused fury in No10.

The prorogation didn’t make any real difference, as the government got its way in the end and the episode amounted to little more than a procedural blip. The No10 loyalists, however, saw things very differently. As Suella Braverman, the Attorney General, wrote on the ConservativeHome website: “Prorogation and the triggering of Article 50 were merely the latest examples of a chronic and steady encroachment by the judges.”

Encroachment is a particularly revealing word. It captures precisely the anxiety — the paranoia, even — of Downing Street. It alone has the right to direct events. An entity that sticks its oar in is therefore stepping onto forbidden territory — it is encroaching. Braverman’s closing remark that “we must take back control, not just from the EU, but from the judiciary” suggests that No10 would be happy to curtail the power of the courts, even that it sees this as a political necessity.

Somewhere along the line Dominic Cummings, a history graduate, developed a chronic case of physics envy. His urge to optimise the system of government stems from an interest in a field in which he has no technical grounding — what Philip Ball, the science writer, has called “social physics”. This involves, among other things, using computerised models to map how individuals or groups interact, which in turn yields a picture of how societies react to certain, clearly-defined situations.

The problem, as Phil pointed out, is that it has been “very difficult to make these ideas count for much within the messy, compromised and contingent world of real society, culture and politics. It’s simply not yet clear that they are up to the job.” The government’s poor handling of the Covid outbreak shows this all too clearly.

And here we come to the heart of the problem — that a system-builder like Cummings will always fail, because human affairs are necessarily messy. Not only that, but the machinery of democratic politics cannot be operated in the same, stripped down manner as the nimble tech start-ups of Cupertino.

Our form of democracy is meant to be slow. The Civil Service is there to analyse and guide the government’s ambitions. The courts are supposed to rule against the government if it is acting unlawfully. MPs are meant to rebel if they think Downing Street is overstepping. These arrangements are meant to be there. They are not a glitch in the system, but a central feature. And yet Cummings looks at this balance of competing institutions and sees only obstruction — an operating system in need of updating.

But the system doesn’t need updating. The fact that the major political and juridical institutions are a cause of frustration within No10 is a sign that they are working. It is in our interests for government to find itself thwarted. If the Civil Service were gutted and the courts reduced to a rubber stamp, then they would remain in this weakened state long after this government was gone. A Conservative voter who looks approvingly at the Cummings/Johnson project might consider what this could mean if a Corbyn-style government were ever to get into power, and how it might make use of a highly responsive system of government, with few checks and balances to restrain it.

What’s more, there is a sinister edge to this thirst for system-building. The urge for a cleaner, more efficient form of government is closely related to the urge to impose order. In her conference speech, the Home Secretary Priti Patel turned to the subject of immigration, and to the people who, in her words, held “grand theories about human rights.” In Patel’s view these people are “the traffickers, the do-gooders, the lefty lawyers, the Labour party — they are defending the indefensible.”

Here, a politician who has signed up to the logic of the system-builder has reached the inevitable, dark conclusion — that people who get in the way of grand political projects are not only ignorant, but also malignant. This is a dangerous step. The history of the twentieth century stands as a warning of where that line of argument can lead. If the idea of political opposition is ruled out, then everything else goes out with it.

The Cummings/Johnson project amounts to an attack on Britain’s institutions. But the country is in too weak a state to undergo the full rewiring job they propose. There is also a sense of emptiness about the whole thing, of a sort that verges on political nihilism. Cummings wants to construct a shiny new governmental machine that operates at an all-new level of efficiency. But once it is built and the system is in place, and once No10 has taken back control from the EU, the civil service, the courts, Parliament, the BBC and all the rest, what would it actually do? At the moment, there’s no answer to that question.