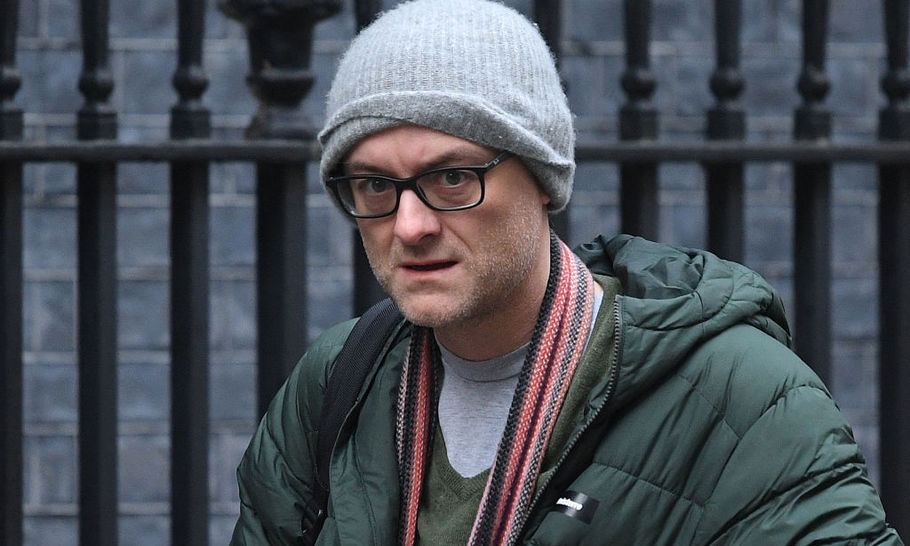 Several years ago, I gave a talk on my 2004 book Critical Mass, which described how ideas from physics could be applied to an understanding of society, and might thereby lead to better methods of planning and governance. Afterwards, a member of the audience stood up and said it was all very well but he could imagine the approach being used as just another, apparently scientific, cover for an ideological agenda.

He was right: that is a very real danger. It’s why I have always stressed that no amount of physics, statistics and equations can supply the moral principles on which any government chooses to operate. We should always decide and state upfront what those principles and objectives are, before trying to use science and maths to investigate how it might best be achieved — or if it is achievable at all.

You might appreciate, then, why the bizarre recruitment advert presented by Dominic Cummings on his blog leaves me so uneasy. In the ad, he outlines plans to introduce scientific ideas, mathematical modeling and big data into Downing Street. Nowhere in it is there any hint about what kind of society is ultimately in his sights.

If we didn’t know Cummings and his masters, we might be prepared to entertain the possibility that the objective is to create a fairer, more equal society and to attack the blights of deprivation and poverty, not to mention the corporate corruption and degradation of political discourse with which the UK is (like many countries) afflicted.

But there is nothing in this rambling mini-manifesto to allay the fear that Cummings hopes instead to leverage new ideas to make misinformation even more effective than it has already proved to be, and to create a technocracy that will more or less permanently disable a functioning democracy. Or perhaps he just fancies unleashing his autodidactic fantasies in his latest playground, and seeing what happens.

As the somewhat dumbfounded American theoretical physicist Peter Woit has commented, “I see nothing at all about any specific policy goals. Usually a new government would recruit people by appealing to their desire to make the world a better place in some specific way, but there’s nothing about that here.”

The concepts Cummings floats are all familiar fare to anyone who has followed this field for the past two decades. There is, for example, the notion of using mathematical “agent-based” models. These are essentially computer simulations involving agents representing individuals, firms, teams or so on, which interact according to well-defined behavioural rules and are used to predict the outcomes of different scenarios. There is the idea that out of mass behaviour emerge modes of collective action that can undergo abrupt switches, like the “tipping points” popularised by Malcolm Gladwell but more properly considered as analogous to the so-called phase transitions long known to physicists, such as melting and freezing.

There is the idea that social agents form networks of interaction, and that the shape and connectivity (“topology”) of a network has a strong influence on how ideas, opinions, business transactions or cash flow through it.

I firmly believe that all of these concepts and approaches have something valuable to offer in trying to develop a better understanding of society. Economic crashes, for example, are rather like phase transitions induced by contagious “herding” behaviour, where panicked traders start copying one another’s actions.

I outlined such concepts at a basic level in a booklet called Why Society is a Complex Matter, written in 2012 for a pan-European project called FuturICT. I suppose this background, and my PhD in condensed-matter physics (the field in which all these notions are ultimately grounded) might make me an ideal candidate for some of the jobs Cummings is advertising, were it not that I’m evidently three decades too old and I have long let my coding skills lapse.

But one of my biggest criticisms of the kind of “social physics” I have in some sense championed in the past is that it has proved very difficult to make these ideas count for much within the messy, compromised and contingent world of real society, culture and politics. It’s simply not yet clear that they are up to the job.

Instead, it’s often the crudest hacks — just spread lies or manipulate videos, say, and then ride out the repercussions — that are more effective at engineering opinion than any number of sophisticated equations and models. At any rate, I see little reason to imagine that Cummings’ stream-of-consciousness meander will conjure anything more effective from a complex-systems approach to governance. This does not look like a man with a vision.

Take, for example, some of the arcane scientific papers he expects applicants to be able to discuss. One is a 2016 study that looked for precursory signals to the onset of one of those aforementioned phase transitions in a rather exotic physics experiment on a “thermoacoustic” system. The hope here is presumably that there are clues to be gleaned about how “social phase transitions” might be spotted before they happen.

But not only is the link between those and this “subcritical Hopf bifurcation occurring in a thermoacoustic system” tenuous and utterly speculative; there is also a considerable literature already on efforts to identify precursory indicators of major shocks in, say, economic markets. If you could do that, you would make a great deal of money; no one yet has. And as far as purely physics-based systems go, the “critical slowing down” reported in this paper as a signature of an incipient transition has in itself been known for many decades.

Another paper Cummings highlights, published in 2019 by the excellent computer scientist Aaron Clauset of the University of Colorado, points out how the topology of certain networks (specifically, those said to be scale-free, in which the statistics of the degree of connectivity of the network nodes has a particular mathematical form) can all too easily be misdiagnosed. Aaron’s analysis is characteristically thorough, but this idea too has been around for many years now. The implications for, say, the vulnerability of the internet to cyber-terrorism or viruses are unclear.

And so it goes on — there’s no apparent reason why these papers in particular have been selected, or where they are going, or how they fit into any broader picture. While to outsiders Cummings’ blog might seem like sheer geeky gobbledygook, the truth is that, for anyone familiar with this field, it reads more like the efforts of a rookie postgrad spouting a breathless stream of buzzwords and random citations, devoid of depth or context, in the hope of convincing his supervisor that he knows his stuff. I mean that as no disrespect to postgrad students, but at least they are not pulling the strings of the prime minister.

The sad thing is that, not only could some of these ideas be useful for good governance if imported with care, knowledge and wisdom, but also that there is plenty to be sympathetic towards in the suggestion that government and the civil service are not always the most meritocratic, dynamic, mathematically literate or up-to-date of public institutions. Yet it’s hard not to conclude that anyone tempted by this weird job advert is precisely the kind of person you wouldn’t want within a million miles of the levers of power and influence.