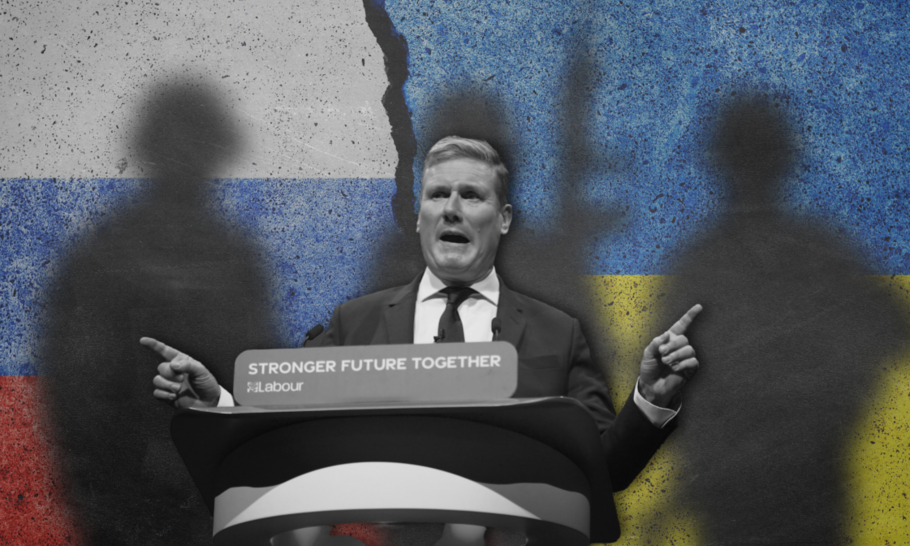 The spectacular collapse in support for the Conservatives in the polls is not a unique phenomenon. A similar event took place during the (unnecessary) European Parliament elections in 2019. That does not mean that this shift is trivial. The Government has been rocked by adverse events in a mirror image to Labour’s battering between Jeremy Corbyn’s Putin-adjacent comments over the Salisbury poisonings in 2018 and Sir Keir Starmer’s oh-so-close call at Batley and Spen in 2021. At the time it was regarded as a new normal that a mid-term government should take seats off the official opposition with a thumping majority. It now seems that Lady Starmer should start measuring the windows in the flat in 10 Downing Street in preparation for changing the curtains.

In fact a fall in the polls by a government being battered by unavoidable events is par for the course. The people want someone to blame for the wrath of the Volcano God and it is the chieftain that they want to throw into the angry crater. It’s never the high priest.

It’s like the 1970s all over again. A 17-day war in the Middle East saw Israel take on and defeat all comers, ending up with the roads to both Damascus and Cairo being wide open to the Israeli Army and potentially within shelling range of Israeli artillery. The defeated Arab states hiked the price of oil in revenge for the West’s part in Egypt and Syria’s well-prepared, Soviet-supported plot to destroy the Jewish State going catastrophically off-script. The Left-wing miners’ union took the opportunity gifted them by the Kremlin-supported Arab states to down tools. The UK was plunged into blackouts, as most of our electricity was generated by burning coal as part of a diktat imposed by the unions.

The Conservative Government fell, and was replaced by a Labour Government with a wafer-thin majority that was voted in by a reluctant electorate that just wanted to keep the lights on. The only difference to today is that the power cuts will be due to electricity being unaffordable rather than unavailable. But the outcome is the same, exacerbated by a self-denying environmentalist agenda that could not have played into Putin’s hands any better if it had been orchestrated by his Kremlin goons — as it may indeed have been, in part at least.

The recent budget has drawn widespread condemnation, but that is based on perceptions that are still focused on a normality that has not existed now for nearly three years — since someone in China caught a bad cold off a bat’s bottom, or some such.

It may well be that Liz Truss has more important things to consider than the functioning of the UK economy. There’s a war on.

Putin has recently taken to the stage to denounce the post-World War II settlement of a new rules-based international order, saying that it is too pro-West. The context of this is Russia’s illegal invasion of Ukraine and equally illegal annexation of Ukrainian territory. Putin wants to destroy the established international order as much as the Kaiser or Hitler did. He wants to succeed where Stalin failed.

The roadmap for Russian nuclear release has now been set. While countries setting off atomic warheads on other countries would now be seen as a war crime (though the attacks on Hiroshima and Nagasaki were completely justified), doing so on native soil above ground is only a breach of the Partial Test Ban Treaty. In times of war, a country using nuclear weapons on its own territory to destroy an invading army would be acceptable. Putin, in his recent speech, effectively announced he would be using nuclear weapons, stating of the West: “They used nuclear weapons, creating a precedent.”

The Ukrainian Army has made successful gains against an increasingly moribund Russian Army that will soon be sending inexperienced draftees to face off against now-battle-hardened Ukrainian veterans. In time, Ukrainian forces will start to take what Putin now states is Russian soil, in what he could present as the first invasion of Russia since Hitler’s Operation Barbarossa. Rather than use artillery — which itself would be targeted by precision weapons — to blunt the advance of Ukrainian forces, he could use a tactical nuclear weapon, with the same or slightly less explosive power as the Hiroshima bomb. There is little immediate downside, as he is not despoiling genuine Russian territory, and any nuclear wasteland could be conceded to the Ukrainians in a peace deal.

And this is what UK political commentators should be focusing on. The consequences would be huge. Here is the likely scenario:

The British Government would proclaim a State of Emergency. An Emergency Powers Act would be rushed through both Houses of Parliament. It would be accompanied by specific Defence Regulations. Other regulations would be implemented by Orders in Council as needed, with no parliamentary scrutiny, and would be implemented immediately. Under these powers, the Government would assume control over certain sections of the civilian economy, and certain economic activity would be curtailed. Military forces would enter a greater degree of readiness and deployment. The BBC would start emergency broadcasting. The USA would start moving resources to Europe.

What would Labour do in such circumstances? It may be a moot point, as in such a scenario Labour might join the Conservative Government in coalition. Sir Keir would become Deputy Prime Minister, with other ministerial jobs being distributed accordingly amongst his more politically-reliable MPs.

Even the SNP might be invited, although its semi-conscious adjacency to Moscow could be a problem. While still in the SNP, its former leader was happy to host programmes on Russian state television. And this brings up another issue.

There would be public opposition to the Government preparing for possible war with Russia. It may surprise the reader, but the hard Left in the UK opposed the British Government making war on Nazi Germany, demanding instead a “People’s Government” to make a “People’s Peace” with Hitler. The communist-supported People’s Convention  believed that a peace offer by Britain to Germany would result in the end of Hitler’s dictatorship, and refused to acknowledge that their revolutionary defeatism was, in effect, pro-Nazi. The same mentality pervades in the hard Left today, where activists call for an end to the West sending arms to Ukraine, but (certainly publicly) refuse to believe that this makes them objectively pro-Putin.

The Labour Party could not have one foot in a wartime government and another attacking the Government’s military policies. Ms Truss might lay down a condition to Sir Keir that he dispense with MPs who oppose NATO, such as those in Labour’s Socialist Campaign Group who were willing to support the Stop The War Coalition. There is a precedent. When some Labour MPs opposed the ratification of the North Atlantic Treaty (the legal basis of NATO) in 1949, they were expelled from the party. In March 1940 Labour’s National Executive Committee expelled Denis Pritt KC MP for his support of the Soviet invasion of Finland. And in my scenario, this might cause embarrassment for Sir Keir. When he was an aspiring lawyer, Sir Keir was secretary of the Haldane Society of Socialist Lawyers, whose chairman was John Platts-Mills, who, when a then-recently-expelled Labour MP, had voted in 1949 against the North Atlantic Treaty. The Haldane Society, during Sir Keir’s time there, had an annual memorial lecture named in honour of Denis Pritt, who himself also voted against the establishment of NATO.

Sir Keir’s problem is that too many in his party are anti-West and anti-USA — so much so that they are in effect pro-Putin, even if they do not declare this. They usually argue with varying degrees of sincerity from a position of piety, as Jeremy Corbyn does, instead. However, they attack the West little differently from Russian commentators. This is not a situation that can persist in times of war, It was Labour’s anti-Americanism and unilateralism in the 1980s that saw the party lose repeatedly to the Conservatives, as voters could not see why we should disarm in the face of rising Soviet aggression. Sir Keir would have to change his party rapidly in the face of the new circumstances created by a nuclear war, and it is not clear that Labour’s politburo-like National Executive Committee would allow him to do so.

There is also the issue of how much a wartime government would allow subversive activity by a Moscow-affined hard Left. In 1940, various British fascists and their sympathisers were  interned under Defence Regulation 18B. The Daily Worker, now called the Morning Star, was banned. However, the People’s Convention, and Pritt himself were free to do as they pleased. This kind of media suppression may be difficult to do in the Internet age (although China has a good stab), but certain activists may find their collars being felt. How the unions conduct themselves in wartime would also be of interest. There could not be any more rail and postal strikes. Some union leaders may be need to be replaced by their members.

There’s a war on. I have written previously for TheArticle about how Putin might have wanted to end the war he started on February 24 by the May 9 Victory Parade by using nuclear weapons. That would have just been for show. However, it may now be military exigency that forces his hand. Putin knows he will have to defeat Ukraine or lose power, and he is the one being defeated and also humiliated at present. That may force him to use the Nuclear Option. And this may now be the thing occupying His Majesty’s Government, rather than the fall-out from the mini-budget. In this context, opinion polls are all but irrelevant.