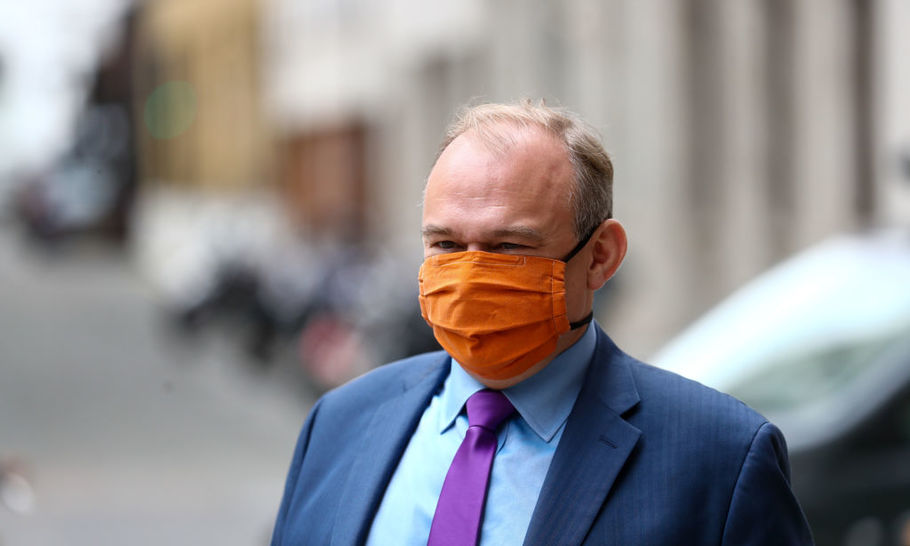 No laughing at the back — but there has been a Liberal Democrat leadership contest going on. This now annual event has reached its conclusion today, and Sir Ed Davey has seen off Layla Moran, by winning 65 per cent of the vote. He now has a chance to rejuvenate the battered party’s fortunes.

Davey has a job on his hands. After Jo Swinson lost her East Dunbartonshire seat in December, the Lib Dems slumped to eleven seats in the Commons. Their poll ratings have declined into the lower single figures. The party now faces the disheartening prospect of being little more than an occasional and predictable distraction in the minds of the general public, like Russel Brand, or tax returns.

As I’ve said on these pages before, it could have been different. When I was a member, I warned whoever would listen that a push for extreme Remainerism would only derail the party’s plans to win more seats outside the prosperous south-east. The party ploughed on, and saw the consequences of a toxic mix of electoral arrogance, patronising pledges, and one issue obsession. Several liberal metropolitan seats gave their vote to Swinson as a protest against Corbyn’s Brexit ambiguity — but Keir Starmer has none of his predecessor’s unfortunate baggage. If he makes inroads into those seats, it will be years before the Lib Dems stand any chance of building influence again.

The leadership contest, though, threw up some interesting insights into the party membership. Davey has been plagued by his previous role as Energy Minister in the Coalition government, and he spent much of the campaign trying to disassociate himself from his own past, or at least fancifully claiming that he was only there to “fight the Tories” as some kind of Lib Dem mole, who “stood up” to austerity measures, despite voting for them .

Indeed, Davey was a contributor to The Orange Book, a 2004 collection of essays by younger leaders in the movement, such as Nick Clegg, Chris Huhne, David Laws, and Mark Oaten. Davey was one of the few in that list who didn’t have to resign in disgrace at some later point. The book was seen as a manifesto for the market-centred liberalism combined with economic and social freedom which Clegg espoused. Now, Davey wants it all removed from his CV, and he has tried to position himself as one of the most prominent campaigners for social justice and, of course, against Brexit.

Layla Moran’s pitch was that she was precisely the opposite: young, female, dynamic, and, most importantly, new, and therefore representing a clear break from the stain of coalition, the shadow of which, she says, has meant the party has “lost the trust of voters”. Elected to an Oxfordshire seat in 2017, she embodies two attributes that persist in the party that Davey now leads. First, she is an exponent of the hard Remainer attitude which has enveloped the party since the referendum. Second, she has the all-encompassing desire to be on the right side of the culture war. These two attributes are unlikely to win back the former Lib Dem strongholds in the south-west which fell in 2015. It’s a big problem for the new leader.

But what was missing from both candidates’ offer was a coherent plan to confront the party’s dismal position. Davey’s support of the lockdown was enough for me to realise that liberalism was not the Lib Dems’ prime concern anymore, but on other major issues they have lacked vigour or any new ideas: voting reform, republicanism, drug reform, constitutional reform, they have all largely disappeared in the constant search to capture political moments, which mainly involve saying something on Twitter. Lib Dems have always struggled to cut through via the mainstream media, and both Davey and Moran tried to portray themselves as the most media-friendly, although exposure has not always worked in a minority candidates’ favour — at the last election, exposure to the public actually made Jo Swinson less popular with voters.

If this leadership election has achieved anything, it has been to bring an end to the liberal ideas which Clegg and others promoted a decade ago. It will also further the dominance of the centre-left agenda, which regards the Remain cause as central, and indeed necessary, to any manifesto. Once again, the Liberal Democrats face the dreary prospect of becoming a shrivelled protest movement, a perception it took many years for the party to shake off.