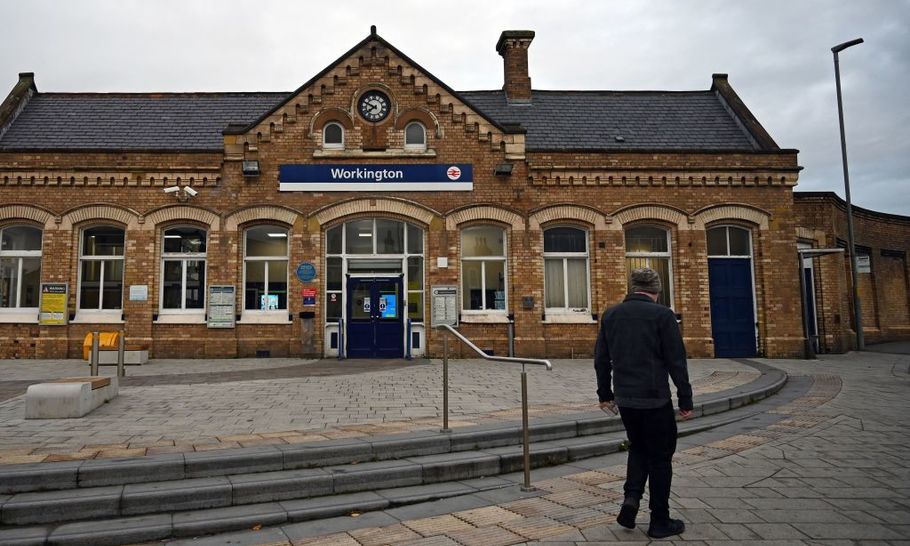 And so we have it: One Nation Under Boris. Not that it was ever a sure thing. This was one of the most unpredictable elections on record, with a quarter of voters being undecided as late as yesterday morning.

All uncertainty has been laid to rest — the Conservative Party has officially won the election with its largest governing majority since 1987 and its largest vote share since 1970. Labour has achieved its worst electoral performance since 1935. The Tories dominate in England and Wales, the SNP dominates in Scotland, and Labour in London.

High-profile MPs including Jo Swinson, Zac Goldsmith, Laura Piddock and Nigel Dodds have lost their jobs, while Labour’s “Red wall” in the North and the Midlands has well and truly crumbled. Seats formerly held by Dennis Skinner, Andy Burnham, Gordon Brown and Tony Blair have abandoned the Red Rose for an Old Etonian. It’s a political realignment akin to the Republicans replacing the Democrats as the party of Dixie in 1968.

Looking back, there were perhaps several turning points. The Tories were certainly helped by the Brexit Party’s decision to stand aside in Tory-held seats, Labour’s extreme manifesto, Jeremy Corbyn’s woeful TV performances, the intervention of the Chief Rabbi and the whimper of the Lib Dems. As for being a “digital election”, while Labour won the “air war” for the second election in a row, they also lost their second election in a row.

But, before looking more at this extraordinary result, let’s first consider the far from ordinary campaign. If you weren’t inspired by “fields of wheat” in 2017 then you have little to complain about this time around, in what was the first December election in nearly one hundred years. From boxing-gym mania to free broadband for all, Channel 4’s ice sculptures to Russian interference, we’ve certainly had our fair share of drama this election. James Graham will probably dramatise it in 2020.

Of course, for MPs and staff and volunteers and reporters and officials, it’s been exhausting. But for the media it’s been quids in. It seems like there have never been so many election guides, videos, fact-checkers, interviews, debates, podcasts, leaflets, ads, actors and the like. And though it’s certainly been tiresome for the public, just look at the data: a 40 per cent rise in the number of people registering to vote compared to the last election. Keep your eye out for the final turnout figures.

Devoid of likeable personalities, this was not exactly a personality contest. Almost half of voters rated the current batch of leaders as the worst in their parties’ histories. With the Brexit Party winning no seats, Nigel Farage should have quit while he was ahead. It now seems hard to deny that Corbyn should have been replaced earlier. As for the Lib Dems, they centred their campaign on an unpopular leader who, in the event, lost her own seat.

Of course, the dust is yet to settle on this election, but there are some clear factors that contributed to the Tories’ victory:

With over three years having passed since the EU referendum, and neither a deal nor no-deal agreed by Parliament, this was always going to be a Brexit election. It was foolish for anyone, especially Her Majesty’s Opposition, to think otherwise. As the chairman of the Labour Party rather belatedly put it this morning: “You cannot ignore democracy.” This election has proven that most Britons agree.

Jonathan Ashworth was spot on when he said that, aside from urban areas, it was looking “abysmal” for Labour. Who knows what might have happened if Corbyn had backed Brexit? He might have held onto more of Labour’s “Red wall”, and perhaps even appealed to hard-up swing seats in the south. Instead, he stuck rigidly to a vague neutrality on the defining issue of this election.

Equally important, however, was Corbyn himself: according to Deltapoll numbers released last night, the main reason Labour voters in 2017 did not vote Labour this time was because they “don’t like Jeremy Corbyn”. Corbyn had over four years to rectify his image problem and did little more than wear glasses — and even that he struggled with. As former Labour supporter Eddie Marsan put it: “It’s in working class homes that the shouts of ‘wear a proper coat, suit and tie!’ are the loudest.”

Boris campaigned as a change candidate, distancing himself from and criticising austerity, calling for a “Beveridge moment” and promising to be the second-most spendthrift Tory prime minister. With Corbyn offering a far-left economic program, Boris was able to offer centre-left economic polices such as higher public spending, taxing the tech giants and raising the Living Wage. In fact, analysis by the Times shows that the Tories’ manifesto is rather similar to Michael Foot’s 1983 manifesto.

Boris didn’t campaign as a Conservative, but rather as a “One Nation Conservative”, a term to which his predecessors only paid lip-service. Controversial faces like Jacob Rees-Mogg and Priti Patel were quickly side-lined, and in contrast to the 2017 offering, the Tory manifesto was neither too intellectual nor too ambitious.

Perhaps, most importantly, Boris didn’t campaign as the Brexit candidate but rather as the “Get Brexit done” candidate — a sentiment that earned him the support of frustrated Brexiteers and Remainers alike.

The Tories paid dearly for hubris in the 2017 election. This time around, and unlike Labour and the Lib Dems, they accepted that defeat was possible from day one. The mantra of their campaign chief, Isaac Levido, was that they had a “steep and narrow path to victory”. When polling forecast the Tories large majorities, Dominic Cummings gave his “bat signal” urging against voter complacency, and Boris himself maintained that it would be “tight” right up to polling day.

And so, we wake up this morning to the biggest Conservative majority government in thirty years, a surging pound and the UK on course to leave the EU next month. We might just be in for a rarity in modern British politics: strong and stable government.