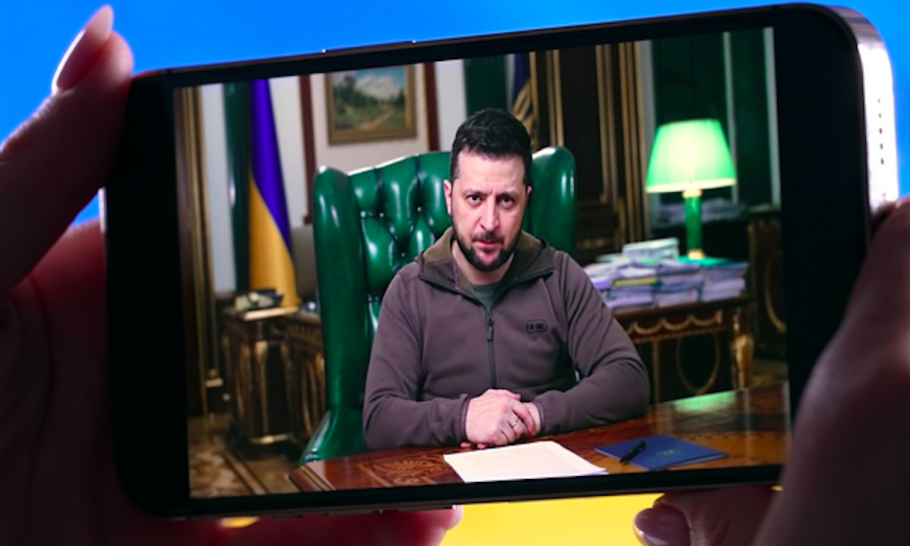 Volodymyr Zelensky is losing patience with Europe. That much was clear from his video broadcast to the World Economic Forum at Davos this week. “Ukraine is short of time,” he told the 2,500 delegates, who include some 50 political leaders and many of the world’s wealthiest people. “I’m sure that no one has any idea how much time Europe or the world has.” Having informed the assembled global elite that it will cost at least half a trillion dollars to repair the damage Russia has done to his country’s infrastructure, he pointedly added: “I wish you would all wake up in the morning and ask, ‘What have I done for Ukraine today?’”

The Ukrainian President is, as usual, right. Europe is still not doing nearly enough, whether on the military, diplomatic or economic fronts. After three months, the EU has still failed to agree on an oil embargo, let alone a gas one, although some member states are boycotting Russian energy. The main pressure to step up sanctions has come from the British, the US and the Central and East Europeans. By contrast, France, Germany and Italy are still dragging their feet.

There has been much talk inside the EU about supplying heavy military equipment, but so far the most useful contributions have come from the Poles, Czechs and Baltic states. Germany has still not sent a single tank and France has loaned (!) a small number of self-propelled guns. Both countries have thrown a smokescreen around what has actually been delivered, but the quantities are embarrassingly small in relation to their capabilities.

The US, by contrast, has sent 90 of their latest M777 howitzers, with more to come. The British have also kept up a steady stream of cutting-edge weaponry, while Canada and Australia have also been quick off the mark. Crucially, the Anglosphere is ensuring that its arms are accompanied by ammunition, technical support and training.

Partly thanks to military aid from the West, the Ukrainians have been able to win the battles of Kyiv and Kharkiv, while in the Donbas they are so far resisting the Russian offensive. But the stark reality is that if Ukraine had relied solely on mainland Europe, the war would probably have taken a very different course. The American pillar of NATO, with important assistance from the UK, remains no less essential to the defence of Europe than it was in the Cold War. The EU has a larger economy than the US, but it still relies heavily on American technology and military firepower.

We see the same failure of European leadership on the diplomatic front. Thanks to energetic encouragement from Boris Johnson and the Biden Administration, Sweden and Finland have applied to join NATO. Turkey’s authoritarian President Erdogan is threatening to block their application unless he receives concessions on the Kurdish question. Removing this obstacle ought to have been a task for EU leaders, who are accustomed to cutting deals with Erdogan over migration and the Turkish minorities in the EU. Yet there has been no sign of Emmanuel Macron or Olaf Scholz jetting off to Ankara or even picking up the phone to the Turkish tyrant. Why not?

It is the same story on the question of restoring global food supplies from Ukraine. At present, the Russian Black Sea fleet is blockading Odessa and preventing grain shipments from reaching the Middle East and Africa. Famine looms unless a way can be found to break the naval blockade. For this purpose Liz Truss, the Foreign Secretary, is trying to assemble a coalition of the willing to send warships to the Black Sea. She is reported to have discussed establishing a corridor from Odessa to the Bosphorus with Gabrielus Landsbergis, her Lithuanian counterpart.

The task force would have to clear Russian mines and provide long-range weapons to keep Moscow’s six surface ships and at least two submarines at bay. Denmark is said to have offered to supply a Harpoon launcher and missiles to provide coastal defence. Lloyd Austin, the US Defense Secretary, says that 20 countries are willing to contribute to the mission. However, Turkey again holds a trump card: early in the conflict it closed the Dardanelles and Bosphorus to warships, as it is entitled to do under the 1936 Montreux Convention. For the Russian blockade to be lifted, Erdogan must first agree to allow the allied task force through the straits.

So where are the French, German and Italian leaders? Boris Johnson has offered to intervene with Erdogan, no doubt inspired by his Turkish great grandfather Ali Kemal. Yet as leader of the country with the largest Turkish community in Europe, Olaf Scholz has more leverage with Ankara, while Emmanuel Macron and Mario Draghi are both leaders of important Mediterranean powers with naval forces that are much closer to the action than the Atlantic or Baltic members of NATO. Why are they not leading this coalition of the willing? The only possible conclusion is that they are unwilling — despite the humanitarian imperative of preventing global famine.

In the Ukrainian crisis, the EU has shown itself to be an economic giant but a political pygmy. While Ursula von der Leyen, Charles Michel and other Brussels officials have been eager to offer moral support to Kyiv, they have failed to show imagination or initiative. In the interest of European solidarity, disputes over the Polish judiciary or the Northern Irish Protocol could have been put on ice for the duration of the war. Threats to withhold funds from Poland, the member state that has probably done more for Ukraine than any other, have not been lifted. Similarly, the Commission seems determined to impose trade sanctions on the UK, which has been Ukraine’s staunchest ally.

Europe’s diplomatic and military weakness has always been the Kremlin’s strongest incentive to risk open conflict. A sclerotic bureaucracy and an exaggerated respect for Russia have combined to create seemingly insuperable barriers to action commensurate with the Union’s geopolitical weight. As a member of the EU, Britain could not have acted with the speed and flexibility that it has. Of course, Europe is not solely to blame for giving the green light to Putin. In the run-up to the war, the US was still uncertain how to react and sent mixed signals to Moscow. But the readiness of Macron, Scholz and Draghi to keep talking to Putin, even after the invasion, was undoubtedly interpreted as a signal that the West would appease him.

Perhaps Joe Biden and Boris Johnson do ask themselves: “What have I done for Ukraine today?” If so, they have good answers, though still not good enough. Yet their French, German and Italian allies are not only failing the Ukrainians, but also the developing countries whose food supplies are part of the collateral damage. The outcome of this war still hangs in the balance; it is not too late to help tip it in favour of Ukraine. But one day the carnage will be over. When they are weighed and found wanting, how will Macron, Scholz, Draghi et al be able to live with themselves?