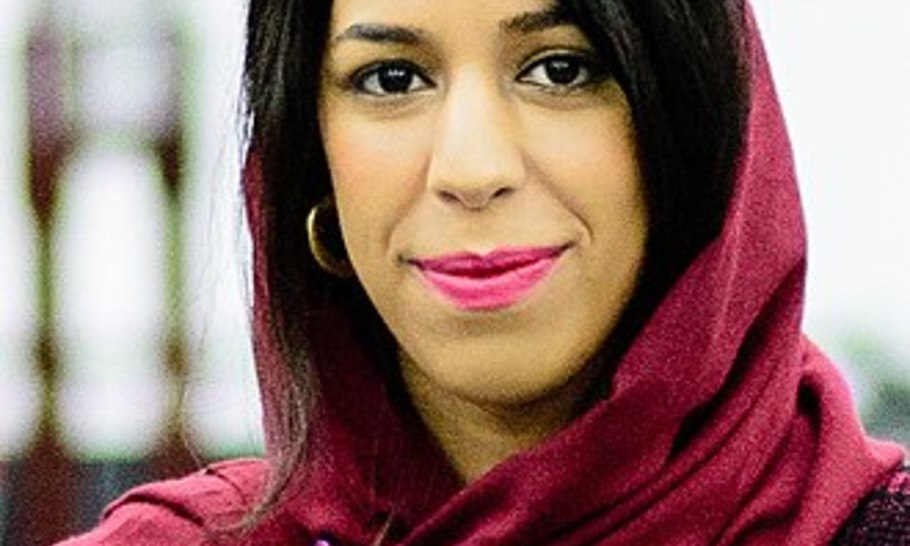 Shohreh Bayat, the world’s most celebrated chess arbiter, is once again in the global chess headlines. Shohreh, it will be recalled, attracted the wrath of the Iranian Ayatollahs when she was photographed during her arbiting work,  wearing her hijab in a slightly unorthodox position. Justifiably fearing reprisals if she returned to Iran, Shohreh successfully sought and was awarded UK asylum. For those who want to know more about this particular cause célèbre, please read this chilling account on the lichess.com site.

Shohreh now lives in the UK, and was happily pursuing her vocation as a chess arbiter or referee. Happily until recently that is, towards the close of 2022, a further incident caused enhanced ripples of hysteria from the Iranian Federation to persuade FIDÉ, the world chess federation, to strike the most hypocritical and spurious posture imaginable, even by their infamously low standards.

In a world title level contest towards the end of 2022, Shohreh was warned by FIDÉ for defending women’s rights. Her offence was to sport a plain T-shirt emblazoned with the uncontroversial, even wholesome banner: “WOMEN LIFE FREEDOM”.

This message was entirely in concord with the statutes of FIDÉ, the governing body for world chess. I now quote from Article 4 of the FIDE principles:

4.1 FIDE is a democratically established and fully independent organisation, based on the principle of equal rights of its members.

4.3 FIDE is committed to respecting all internationally recognised human rights and shall strive to promote the protection of these rights.

This did not prevent the FIDÉ President, the pro-Putin former Russian functionary, Arkady Dvorkovich, from insisting that Shohreh cease and desist from wearing her women’s rights T-shirt. In an interview with me earlier this week, Shohreh expanded on the apparent, if publicly undeclared, issue at the heart of the developing dispute.

Meanwhile, they call me inappropriate and unprofessional for supporting human rights, while FIDÉ remain silent about Iran ’ s refusal to play against Israel, due to political reasons. I think that FIDÉ’s actions or inactions make everything clear: an unholy alliance between the FIDÉ leadership, Russia and their old ally Iran.”

Shohreh then switched to attire supporting Ukraine in their struggle against the Russian invasion and their illegal war. Again she was admonished, and this time punished. Her name has subsequently disappeared from the FIDÉ Arbiters’ Commission. In her interview for TheArticle, Shohreh told me that she believes her career as an arbiter in FIDÉ events has now been cancelled, at least while Dvorkovich remains President.

I have been warning for some time in this column that Dvorkovich’s loyalties lie primarily with pro-Putin Russian officialdom. In my view it is anomalous that the World Chess Federation alone, in squalid isolation amongst international governing bodies, remains under the control of a Russian national — one, indeed, who does nothing to disguise his sympathies.

When I spoke to her, Shohreh agreed that FIDÉ can only correct this dire situation by removing Dvorkovich and replacing him with his Deputy President, the ever popular Indian former world champion, Viswanathan Anand. I am, however, not holding my breath, and many decent people within FIDÉ are either staying quiet or adhering to the party line, doubtless swayed by the considerable patronage wielded by the office of the President.

I trust that the English Chess Federation (ECF) will not succumb to the forces of darkness and insist on continuing to employ Shohreh as an arbiter in significant events. It should be noted that FIDÉ has no dress code for arbiters. If they wish to impose uniform attire, as we have done for years with the World Memory Championships, which I co founded with the late Tony Buzan in 1991, then regulations should be passed to that effect. The stench of self-justifying hypocrisy arising from the FIDÉ cesspit is overwhelming.

While on the topic of hypocrisy, my quotation of classics from Gilbert and Sullivan last week, in the context of Prince Harry’s inability to count chess pieces, appears to have provoked a lively response. This column, unusually, attained the number two slot for most frequently rated contributions. The impressive tally of ratings was doubtless fuelled by the almost equally divided pro and anti-Harry/Meghan opinion of the vox lectorum.

Returning to that theme, I cannot resist reflecting on Gilbert and Sullivan’s exposé of late 19th century ducal venality in The Gondoliers. Here is the song of the Duke and Duchess of Plaza Toro:

To help unhappy commoners, and add to their enjoyment,

Of our attempts we offer you examples illustrative:

The work is light, and, I may add, it ’ s most remunerative.

For Mayors and Recorders

We get – and they ’ re highly delighted!

It adds a large sum to our makings –

We get ten percent on the takings –

We present any lady

Whose conduct is shady

Or smacking of doubtful propriety –

When Virtue would quash her,

We take and whitewash her,

And launch her in first-rate society –

Their fit and their finishing touches –

A sum in addition

They pay for permission

To say that they make for the Duchess–

Quote us as their great double-barrel –

We allow them  to do so,

Would jib at their wearing apparel –

We sit, by selection,

As soon as they ’ re floated

We ’ re pretty well paid for our trouble –

Believe us you mustn ’ t

And vow our complexion

We ’ re ready as witness

To any one ’ s fitness

To fill any place or preferment –

We ’ re often in waiting

At junket or fêting,

And sometimes attend an interment –

In short, if you ’ d kindle

The spark of a swindle,

Lure simpletons into your clutches –

Yes; into your clutches.

Or hoodwink a debtor,

You cannot do better

Than trot out a Duke or Duchess!

A Duke or a Duchess.

(“To help unhappy commoners”, The Gondoliers)

In other news, Dinah Dobson, three times British Women’s chess champion, is now out of intensive care, and returned for home care, after being struck by a pizza delivery motorcyclist. Sadly, that other well respected British arbiter, fount of wisdom and moderation, David Sedgwick, has also been hospitalised after a stroke.

Further columns will continue to monitor their progress.

This week’s game is a demonstration of female chess prowess by our multitalented heroine Shohreh Bayat, from a recent European Team Women’s Championship match against a fellow arbiter, Johanna Johannsdottir of Iceland.

Raymond Keene ’ s latest book “ Fifty Shades of Ray: Chess in the year of the Coronavirus”, containing some of his best pieces from TheArticle, is now available from  Blackwell ’ s . His 206th book, Chess in the Year of the King, with a foreword by The Article contributor Patrick Heren, and written in collaboration with former Reuters chess correspondent, Adam Black, is in preparation. It will be published later this year.