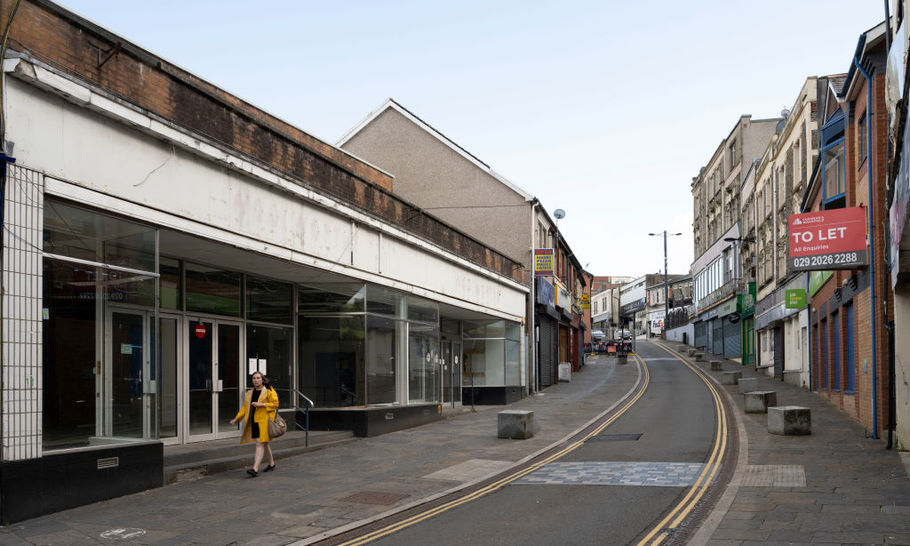 The UK economy is now emerging from its deepest ever recession into its sharpest ever recovery, all thanks to pandemic control and relaxation measures. By the autumn we will know a bit more about what’s really going on in the economy. Yet  while it’s important to monitor the monthly or quarterly snapshots of the economy, they are a bit of a sideshow. Mindful of the accumulation of public debt, some economists are starting to sense the arrival of rising inflation in response to the growth-suppressing rise in public debt.

After a more than 20 per cent fall in GDP in the second quarter, many of the economic statistics for July and early August have been decidedly more upbeat, especially on the retail side. Economists are expecting a roughly 14-15 per cent rebound in GDP in the third quarter. Anecdotal and survey evidence on retail sales, as well as the motor and housing trade associations’ readings on car and home sales, and the forthcoming re-opening of schools all point to a strong summer rebound. The August CIPS/IHS purchasing managers index, which measures monthly changes in business sentiment, rose to its highest level since October 2013.

No one thinks this more robust state is any more sustainable than the dive after lockdown. Vaccines and other confidence-boosting developments notwithstanding, the winter months are likely to be challenging, to say the least. The furlough scheme is winding down. A delayed rise in unemployment is expected — the recent high street job loss announcements are a precursor to this. Moreover, with high uncertainty prevailing over the incidence of Covid, especially set against the normal seasonal background of flu and other illnesses, and the continued emphasis on social distancing and other behavioural caution, the viability of many businesses will remain a nagging concern.

In the more esoteric economics coverage recently, it was reported that public sector net debt had topped £2 trillion, having surged by £200 billion since April, to stand at just over 100 per cent of GDP. Remember that for most of the 1990s and 2000s, this ratio oscillated between 25-50 per cent of GDP, before the financial crisis pushed it up to 75 per cent. The ratio is now the highest ever recorded in peacetime in over four centuries. It is important to understand why this is important, and how it fits in to the important inflation debate, aired here by Brian Griffiths, for example.

Household and non-financial corporate debt levels are high in the UK but are not of immediate concern. The former at the end of 2019 was nearly 84 per cent of GDP, but had been flatlining for a decade, and falling in relation to disposable income, while the latter was 80 per cent of GDP and had also been flat for many years. In and of itself, a high sovereign debt to GDP ratio shouldn’t set off automatic alarm bells, especially for countries such as the UK whose debt is primarily domestic, and which have a flexible exchange rate and an independent central bank.

This doesn’t mean, though, that it is unimportant. Rising debt levels change people’s behaviour in ways that are detrimental to the economy.

Creditors, savers, businesses, workers and policymakers can all be expected to change their behaviour as they try and anticipate which of the four ways of addressing rising sovereign debt is most likely: outright default; tax increases or other expropriation; restructuring; and inflation.

Just as you may change your behaviour when you own shares in a company whose liabilities are threatening to blow up its balance sheet, so the behaviour of these economic actors changes as they become protectionist, defensive, short-termist, and highly sensitive to any change in interest rates. This invariably means a lingering drag on growth.  This is where we are, pandemic-adjusted, and why we need to be vigilant.

Outright debt default is, for most of us, politically unacceptable. Higher taxation is possible and politically viable if imposed on those whose votes do not count much, for example, the top 1 per cent, and companies. No amount of higher tax on these groups, however, will suffice to make a meaningful difference to the state of public finances. By now, any rise in the tax burden designed to do this has to be general. What we are left with is restructuring and inflation, and we will experience elements of both. In fact we have started already.

Brian Griffiths’s well-argued piece was about why we cannot and should not risk a return of high inflation, drawing doubtless on his own experience and background. Those of us who remember the 1970s can empathise. Yet, public debt hardly figured in the argument, and in the 1970s it wan’t really a problem. The case for financing deficit spending by raising taxes or cutting public spending is pretty straightforward, but only in context, and not, I would argue, in 2020 in the wake of the financial crisis and the pandemic shocks. These have not been run-of-the-mill events, but systemic shocks that are having systemic consequences, including that of raising business costs and prices. Our response has to be calibrated carefully but not to the point of ruling out rises in inflation.

It is worth paying attention to this now because unlike in the financial crisis, control of the money supply is quietly passing from the Bank of England to the government, or at the very least, the demarcation lines between the Bank and the Treasury are blurring to the point of invisibility. Since, in the words of Milton Friedman, inflation is always and everywhere a monetary phenomenon, it is no small matter that, as Brian Griffiths noted, the broadest measure of the money supply in the UK has been growing at more than 20 per cent at an annual rate. In annual growth terms, the 13 per cent rise to June is the highest since a momentary surge after the financial crisis, and the late 1980s before that. The UK is not alone, by the way. We are seeing extraordinary increases in broad monetary growth in the US, Euro Area, Japan and elsewhere.

The government’s Covid-related Bounce Back loan scheme, which is 100 per cent guaranteed, had had over 1 million approvals and loaned out almost £31 billion by the first week of July. That’s 1.5 per cent of GDP right there. Ostensibly designed to guarantee the channelling of funds to small enterprises and households, this is how magic money trees start off; we might wonder whether future beneficiaries might include green, infrastructure or other politically favoured recipients.

Meanwhile, the Bank of England is providing more funding to banks that increase their lending. Working closely with the government to support large businesses by offering them cash for their corporate debt, and supporting other government schemes to aid firms. The Bank reckons it  will support up to £190 billion of bank lending to businesses — or more than 13 times the net amount they lent in 2019.

These initiatives, and indeed the macro economy more generally, are liable to be undermined if the Bank should decide at some point that it was time to raise interest rates. And that’s why the inflation outlook is key.

The July Consumer Price Index report indicated that inflation had risen to 1.1 per cent, or 1.7 per cent annualised over the prior six months, which is just shy of the 2 per cent target. The Bank, unsurprisingly, is quite relaxed about this at the moment. Yet, business and some grocery costs have risen during the pandemic. The prices of haircuts and hairdressing, and dental and other personal treatments have gone up sharply. PPE prices have risen significantly, along with recreation and culture and clothing costs. Rail fares are rising by more than inflation next January.

There is at least anecdotal evidence that firms are trying to protect margins, and pass on additional costs in an environment where globalisation is stalling or reversing, supply chains in some sectors are being shortened, health-related protection measures are becoming features, and we are all more concerned about food and health. While there will be a multitude of short-term variations in measures of inflation, the underlying tendency into 2021 is likely to be up, and a year from now, it would not be surprising to see inflation over 2 per cent.

This makes it even more important for the economy and for debt management to keep interest rates from rising. Few people working today will recalls the so-called “financial repression” that lasted in many countries, including the UK, from 1945 until about 1979-80. In that period, interest rates and bond yields were pegged, borrowing costs were controlled, institutions were forced to buy government debt at yields below inflation, and controls were used extensively including over capital movements abroad.

Indeed, financial repression is, in effect, a subtle type of debt restructuring, one of the four options referred earlier. Keeping nominal interest rates at zero or very low keeps debt servicing costs down, while high negative real interest rates — ie interest rates below inflation — liquidate or erode the real value of government debt. If you combine financial repression with a dose of inflation, the liquidation of debt can prove to be both successful and fairly rapid, even obviating the need for politically and socially damaging increases in taxation.

The “Spectre of inflation”, as Brian Griffiths’s article was entitled, does indeed loom, and, I would argue, so does the possibility of financial repression. These may not be freely-made political choices, but debt has been used as the catch-all to end successive crises since the 1980s. We have now reached the end of that road.