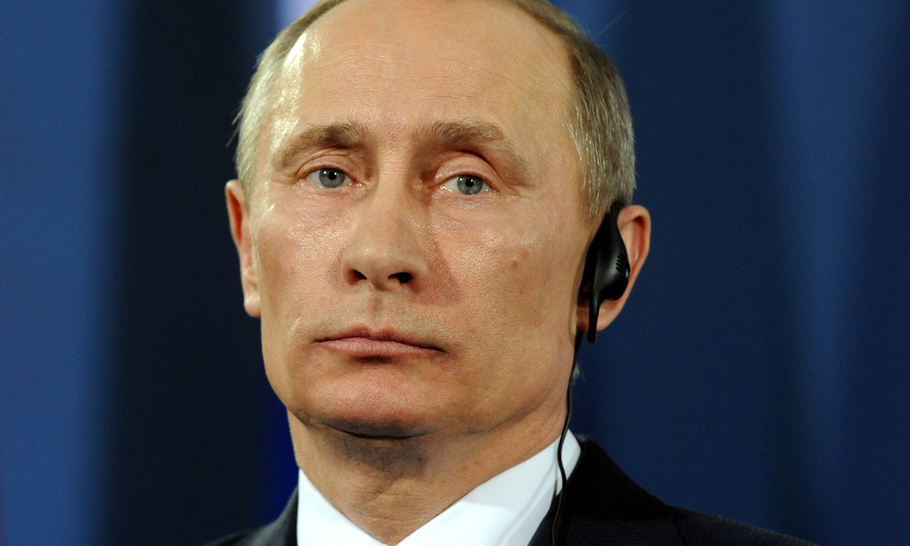 The fall of the Berlin Wall, celebrated this month, was a remarkably peaceful event, compared to the bloodshed of other revolutionary moments in European history. But it also contained the seeds of our current fretful and polarised world.

The 37-year-old Vladimir Putin played a personal role in the events of 1989, as a KGB lieutenant colonel in Dresden. He had been posted to the German Democratic Republic in 1985 and says he was engaged in “very routine work,” cultivating sources and tracking political developments. In First Person, a book of interviews to mark his arrival as Russian president in 2000, he and his first wife Lyudmila described a comfortable life spent in a government apartment. Vladimir had spoken German fluently since high school — the couple socialised with Germans and he liked East Germany, telling the biographer Boris Reitschuster that it was a second home to him.

All changed on the night of 4-5 October 1989, when the Stasi, police and East German army struggled to clear Dresden station, where tens of thousands of East Germans had gathered to board trains that the GDR’s leader Erich Honecker had permitted to run to the West. The historian Mary Elise Sarotte speculates that Putin would have witnessed these chaotic events, although there is no record of this.

Four weeks after the fall of the Wall on 5 December, as it grew clearer that the regime was collapsing, some of the crowd that had broken into the Stasi building in Dresden gathered around the KGB HQ. In First Person, Putin says he went out and told the crowd that the facility was a Soviet military building, and when they challenged him for speaking German with suspicious fluency, said that he was a translator. (A 2009 Russian TV documentary added to the story, quoting an apparent eyewitness who claimed Putin brandished a pistol when he addressed the protesters).

But when Putin called for military back-up, he was told: “We cannot do anything without orders from Moscow. And Moscow is silent.” Forces arrived after a few hours and the crowd dispersed. For Putin, the damage had been done. “That business of ‘Moscow is silent’ — I got the feeling that the country no longer existed. It was clear that the Union was ailing. And it had a disease without a cure — a paralysis of power.”

To stop intelligence material being looted, Putin and his comrades destroyed their archive or sent files back to Moscow. “We burned papers night and day,” he said. “We burned so much stuff that the furnace burst.”

It’s tantalising to wonder what Putin and his comrades burned that day. The US researcher Douglas Selvage, who unearthed Putin’s Stasi ID pass enabling him to work in close co-operation with East German secret police, suggests it was likely to be: 1) detailed information about individuals the KGB recruited or sought to recruit. This would have included East and West Germans as well as foreigners; 2) instructions from the main KGB mission in East Germany at Karlshorst; 3) information about Soviet soldiers under suspicion.

There would have been duplicates of at least some of the records at Karlshorst or in Moscow, Selvage adds, and the loss at Dresden pales into insignificance besides the inaccessibility of the main KGB archive, where restrictions have become ever tighter. “I know several people who tried — they couldn’t get anything,” says ex-KGB officer Alexander Vassiliev.

One thing we can be reasonably confident about is there is nothing remarkable to be discovered about Putin’s role. He was a mid-ranking officer with an undistinguished service career; a key reason for his meteoric rise in the 1990s was because he was junior enough to have escaped blame for the events of the past. Indeed, the main legacy of Putin’s KGB years would seem to be a tendency to indulge the intelligence agencies. Professor Mark Galeotti described Putin as a “spook fanboy”.

Putin’s account in First Person shows how deeply the loss of Soviet authority affected him. Given his deep ambivalence about Soviet Communism, for him the tragedy was the loss of power itself. Putin-watchers suggest what he learned from Dresden was an acute sense of the risks of uprising, a feeling that public discontent mustn’t be allowed to fester. John Lough of Chatham House thinks the shock of 1989, combined with setbacks in his first few years as President, convinced Putin that reform should be resisted in Russia.

The humiliation was made more acute by Russia and Germany’s closely enmeshed historical relationship: “practically every male tsar married a German princess and the most successful tsar (Catherine the Great) was a German,” says Birkbeck’s Professor Bill Bowring. The Soviets treated all the East European satellite states in a quasi-colonial fashion, but by the late 1980s, Russian visitors to East Germany, in particular, were taken aback by the superiority of living standards and availability of food; parts of the Left still look to the GDR’s economic and social settlement as an ideal state. Juliane Fürst of the Centre for Contemporary History in Potsdam says that, while Putin was “in many ways a Germanophile”, given his family’s Second World War experience, with the deaths of his brother and at least five uncles in the conflict, he “undoubtedly considered the Soviet Union to possess a certain right over Germany and its destiny, even more than over other satellite states”.

The tensions are echoed in Putin’s relationship with Angela Merkel. Merkel’s biographer, Professor Joyce Mushaben, points out that the two leaders paralleled one another. They both grew up behind the Iron Curtain, speaking each other’s languages well, both catapulted to prominence by a mentor they later renounced.

But their characters offer a stark contrast. Merkel is credited with a psychological understanding of the Russian president matched by few world leaders. Putin, who enjoyed a bromance with Merkel’s predecessor Gerhard Schroeder, has tried to intimidate the chancellor, for instance by bringing his labrador to a meeting despite her fear of dogs. For her part, Merkel has been inconsistent in ways that Putin has sought to exploit, for example by allowing Putin’s aide Vladislav Surkov to enter German territory and dine with her and Putin. At the time, Surkov was subject to sanctions that Merkel herself had urged.

Today, German investments in Russia are at their highest for a decade, and the €9.5 billion Nord Stream 2 pipeline from Russia to Germany has the go-ahead. It’s a project that President Trump says will make Germany “a hostage to Russia”. Merkel insists the pipeline is purely an economic project. But is there a strategic calculation around keeping relations with Russia on a positive footing?

Peter Duncan of UCL’s School of Slavonic and Eastern European Studies suggests politicians have more freedom of manoeuvre than they like to make out, and wonders why Germany hasn’t followed the renewable energy route more radically. Looking ahead, John Lough sees Russia failing to prepare itself for the shift away from fossil fuels, but also suggests the country is due another phase of opening up, to the west. The adoption of new digital technologies could drive that change.

There’s a wide range of views about how the next German chancellor should engage with Russia after Merkel steps down in 2021. Putin, meanwhile, is due to remain president until 2024, and may continue in office even after that. Therein lies the ongoing heartache for Germany and Europe — a stinging rebuke to the hopes inspired by the fall of the Berlin Wall.