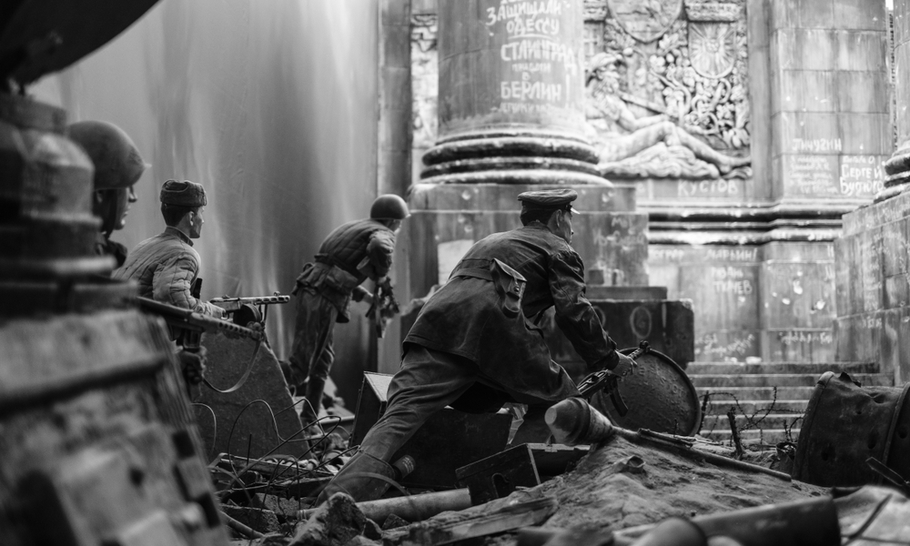 We can be certain of few things about the crisis in Ukraine: that NATO seems to have some life in it yet, that the French President is irredeemably grandiose, that the German Chancellor seems just as irredeemably reticent and that Liz Truss can manage a passable Margaret Thatcher tribute act. My money remains on a no-score draw (see Putin needs to tread carefully in Ukraine,  20 January). It is militarily irrational in the long term to take on a Ukraine that seems determined to fight beyond the initial, conventional phase of any conflict and into an insidious and draining subsequent phase of popular resistance, where Putin would lose all the hybrid advantages he holds now.

That said, the commentators who make the point that we are now entering into the most dangerous stage of the process so far are exactly right. The large scale exercises the Russians are holding along Ukraine ’ s northern border means that they are manned up, fuelled up and deployed in tactical formation, only awaiting the order to roll across the border. The difference between this and a week ago is that the Russians were then deployed administratively and the switch into tactical formation would have been a key combat indicator of intent. We have lost that element of warning and the indicator that now becomes critical is the forward deployment of live ammunition stocks, particularly artillery ammunition. Once they are bombed up too, we can only fear the worst.

We can ’ t know the future but we can recognise the past. The Russian military has hardly been idle since 1945 and has been involved in proxy wars, the military policing of the former Warsaw Pact, counter insurgency campaigns in Afghanistan and Chechnya and recent military adventurism in the Middle East. But what it might now be contemplating is fighting on an entirely different scale; indeed, the largest scale it —  and Europe —  has seen since the catastrophic battle for Berlin in April and May 1945. The prospect is apocalyptic but invites the opportunity to examine how the Russian concept of warfighting has evolved. It becomes a tale of Soviet gigantism and Russian miniaturism.

The Soviet forces attacking Berlin were guided by three different objectives. The first was to draw the postwar borders as far to the west as was possible. The second aim was to secure the intellectual, human and material resources contained in the German nuclear research establishments, in particular the Kaiser Wilhelm Institute, situated at Dahlem in the south west Berlin suburbs. By this time, and informed by the spy Karl Fuchs, Stalin was aware of the Manhattan Project and desperate to catch up with the West in nuclear weapons technology.

The third and most important aim was to inflict an act of revenge upon the German capital of epochal proportions, for which the weapons would range from concentrated artillery fire to mass rape. For this purpose, 28 armies were deployed under three separate front commanders, a total of 6.5 million men of whom just shy of one million would be involved in the encirclement and reduction of the city.

Once he had completed the definitive Berlin —  The Downfall 1945 and submitted it to his publisher, Antony Beevor had what he described as “ a bit of a nervous collapse”. That a former soldier who had already recorded the horrors of the eastern front in Stalingrad could be so affected, particularly by the suffering of children, is testimony to the Soviet success in achieving their epochal ambitions. The operation was decisive but disastrous, for the Red Army as well as the German civilian population. With Soviet armies attacking on what in the trade would be called multiple converging axes, it was impossible to impose control on the massed fires of adjacent formations. What proportion of the 81,000 Soviet dead and 280,000 wounded were inflicted by friendly fire will never be known and contemporary Soviet accounts were conspicuously incurious, but it will have been a high one.

Fast forward now to the borders of Ukraine today. Estimates vary, but somewhere in the region of 80 Battalion Tactical Groups (BTGs) are currently deployed, accounting for around 70% of the total combat power of active Russian ground forces. In the military hierarchy of scale (army/corps/division/brigade/battalion) a BTG is five orders of military magnitude smaller than an army and the total of deployed Russian ground forces is around 150,000, or less than half of the Russian casualties — taken alone — inflicted in Berlin. Seventy-five years is a long time in terms of military evolution, but what accounts for the dramatic adjustment in scale and what are its implications?

Above all, it is a matter of relative lethality. Today, if you can be seen on the battlefield you can be killed. Sophisticated tactical surveillance not only cues the weapons of the ground manoeuvre forces, but it also increases fire discipline and so limits the chance of friendly fire mishaps. The result is a profoundly more efficient system of engagement where first round, single shot accuracy will increasingly be guaranteed. At present, the battlefield is still compromised by human fallibility, but the increased application of artificial intelligence will, in the near future, further reduce the margin of tactical error in a chillingly mechanistic manner.

The defensive response to increased lethality is dispersal and disaggregation. Dispersal in the sense that as concentrations of men and materiel simply invite destruction, a premium must be placed on avoiding mass and perfecting concealment. Indeed, concealment now becomes a digital as much as a physical discipline as pervasive, multi-dimensional surveillance will seek to dominate the battlefield. In turn, this requires disaggregation in the form of smaller, more autonomous units conducting independent operations, but within a fused data framework that can co-ordinate collective manoeuvre and put the massed firepower of the deployed force at the disposal of a single patrol, if the target is important enough.

Russian military doctrine and structures have led the field in adapting to this new environment, and, in a remarkable feat of transformation, the Russian armed forces have inverted their traditional strengths. As far back as Suvorov ’ s campaigns against the Turks or Kutusov ’ s defence against Napoleonic invasion in 1812, the Russian military vocation has been for scale of both manpower and geography, a process that reached its apotheosis in the titanic battles on the eastern front of World War II.

Most military academies teach that the tactical level of war is about battles, the operational level about campaigns and the strategic level about wars and the Russian military imagination has historically been pitched at the higher end of the register. While Russian tactics from 1941 onwards were often crude and formulaic, its operational level manoeuvre was the best of any protagonist in the Great Patriotic War and the names that history celebrates — Zhukov, Konev, Rokossovsky et al — were its operational level commanders.

Competence at the operational level remains essential but what the dispersed and disaggregated battlefield now also requires is tactical competence at the point of engagement. As the unit of manoeuvre has gone from the Soviet army to the Russian BTG, so a new generation of junior officers and NCOs has been created, with standards of training and education which would have been inconceivable in the Red Army. In particular, the creation of contract employment for individual soldiers is developing a cadre of professionalised junior leaders that owes more to German military tradition than the Russian/Soviet one. The Russian armed forces are no longer a lumpen conscript mass led by gifted and ruthless senior commanders, but a lean and professional outfit, ready for war.

Getting down to cases, a BTG weighs in at between 750 and 1,000 men. It is a relatively small but punchy and balanced unit and very much the creature of disaggregation. It bristles with firepower — and not just in infantry weapons and T90 tank main armament. Anti-tank and air defence systems along with rocket and tube artillery, supported by engineers and logisticians, complete the inventory. This is then overlaid by the autonomous vehicles, attack helicopters, offensive air, heavy artillery, ballistic rockets, surveillance and electronic warfare resources controlled at theatre level. The sum of the parts creates a mobile, flexible and lethal organisation that is optimised for rapid and decisive manoeuvre in the compliant geography of the East European Plain.

The Russian army does, though, have its limitations. While the structural lack of infantry will have little impact on high tempo armoured manoeuvre, it will really count if and when it comes to an urban slogging match or a protracted counter-insurgency campaign. Putin ’ s generals will be well aware of that and will be planning the quick and decisive outcome that the BTG based army is designed to deliver. It could, though, be enough to introduce that scintilla of doubt that may yet stay their hands . We ’ ll see.

PS: The Russians are not the only ones to have received the disaggregation memo. The design of the American Brigade Combat Team is based on exactly the same principles as the BTG. How interesting then that the United Kingdom is basing its future national strategy on the largest warships the Royal Navy has ever built, packed with the most expensive warplanes ever designed and surrounded by the ships of the task group necessary for its protection. In an age of dispersal and disaggregation, aircraft carriers will take us in the direction of concentration and reaggregation. Go figure.