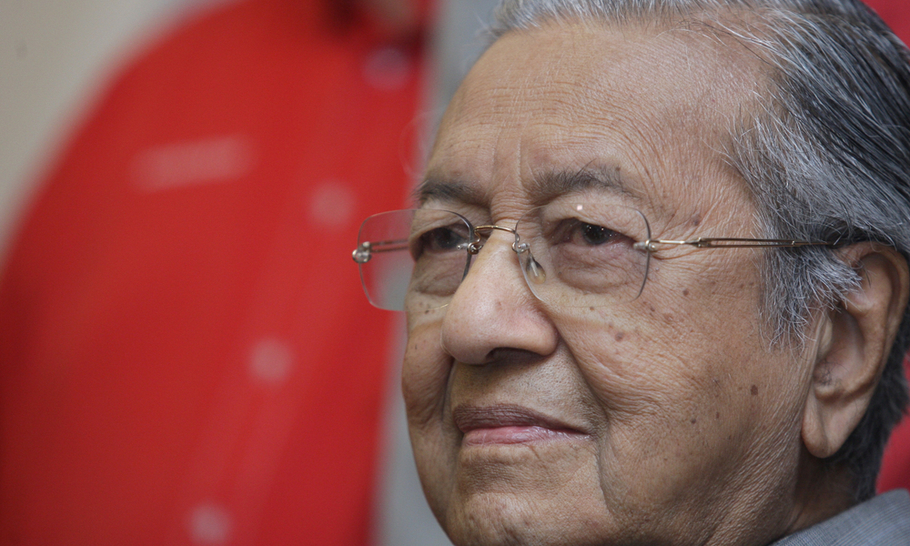 For decades, Malaysian politicians earned their country a reputation that lurched from Third World backwater — marred by corruption, dirty politics and a nasty attitude — to Asian Tiger.

It’s the bureaucrats, lawyers and judges that are doing the heavy lifting. Najib is before the courts and Malaysia has ratified the Rome Statute, signing onto the International Criminal Court. This will enable it to pursue those responsible for the downing of Malaysia Airlines flight MH17 over the Ukraine, killing all 298 on board.

Also in the works is a radical overhaul of labour laws, which will redefine the lives of more than six million impoverished migrant workers. Efforts to abolish the death sentence are being taken seriously, but have met stiff resistance within this Muslim-dominated country.

Few would have picked Maria Elvira Pinto Exposto, 55, as the vanguard, or test bunny, of the overhaul. In 2014, she was caught trafficking more than one kilogram of crystal methamphetamine while transiting through Kuala Lumpur International Airport. Her lawyer, Muhammad Shafee Abdullah, argued that the Sydney grandmother was a “textbook dummy” after she was asked by the friend of a non-existent online lover to carry a bag to Australia for him.

Even customs officers testified on her behalf. When told there was “ice” hidden in her bag, she told them: “It can’t be,” thinking ice came from the freezer. This carried little weight among lower court judges who convicted and had no choice but sentence her to hang.

Attitudes are changing, however, under the newly-formed government of Prime Minister Mahathir Mohammad. It announced a moratorium on the death penalty and said it was no longer mandatory for drug trafficking offences. Sentencing would be left to the discretion of the judges. Still, on appeal last month prosecutors clung to their argument, maintaining that Exposto’s defence was irrelevant, that she had been wilfully blind. They demanded her execution.

It was a test case for the recently-appointed Chief Justice Tengku Maimum Binti Tuan Mat, the first woman to head Malaysia’s judiciary and widely lauded for her independence under Najib. “This is not enough to hang someone,” she stated bluntly. A full bench of five judges unanimously exonerated Exposto. They found it proven that she was an innocent carrier and had no knowledge of the drugs.

Mitigating circumstances rarely count in Malaysia, but in this case, common sense prevailed. The relief in court was palpable, and Shafee was jubilant. He is currently writing up the Exposto judgement, to be published in the Commonwealth Law Journal in London, and believes a legal precedent has been set in the Commonwealth and, potentially, the English-speaking world.

Human rights advocates also welcomed the end of Exposto’s five-year ordeal and widely viewed her release as another step towards Malaysia meeting international norms. They’re also pushing for legal reforms to laws governing migrant workers. There are more than six million of them, legal and illegal, ranging from domestic helpers working seven days a week to indentured labourers on palm oil plantations, who have limited or no legal standing.

According to the Global Slavery Index, some 212,000 people are trapped in slavery. Malaysia also ranked lowly on the US State Department’s 2019 Trafficking in Persons index. A fall into the bottom rank can result in sanctions and the United States has insisted that Malaysia must amend its labour laws as a pre-requisite to trade talks.

After months of intense lobbying and the rewriting of legislation, new laws are expected to pass in the first half of 2020, which will bring Malaysia into line with modern work practices. “The conditions there are appalling,” said Dave Welsh, Country Director for the labour rights group Solidarity Center. “If even a modicum of what trade unions put forward is enacted into law, this is a huge game changer.”

Mahathir’s political and legal reforms ran “against the current” in a region where authoritarianism and political intolerance have become the new norm, Welsh said. The 10 nations that make up the Association of Southeast Asian Nations (ASEAN) have faced a barrage of international criticism in recent years for tightened grips on their citizens. This is why Malaysia stands out — this progressive approach would have been unthinkable just two years ago.

The military retained power in Thailand at an election earlier this year, described by the Economist as “ineptly rigged”. Cambodia is again a one-party state and facing sanctions. Brunei has adopted Sharia law. Vietnam and Laos remain secretive Communist states while Singapore has had the same political party in power since independence in 1965.

In Myanmar, Nobel laureate Aung Saan Suu Kyi is defending genocide charges against her ruling generals in the International Court of Justice, and Philippine President Rodrigo Duterte might also find himself in the same dock for the deaths of many thousands through his war on drugs.

Despite the influence of Islamic militancy, only Indonesia and Malaysia can boast fully functioning, fair democracies. ASEAN has seen much better times, and that makes the legal reforms initiated by Mahathir such a rare bright spot.