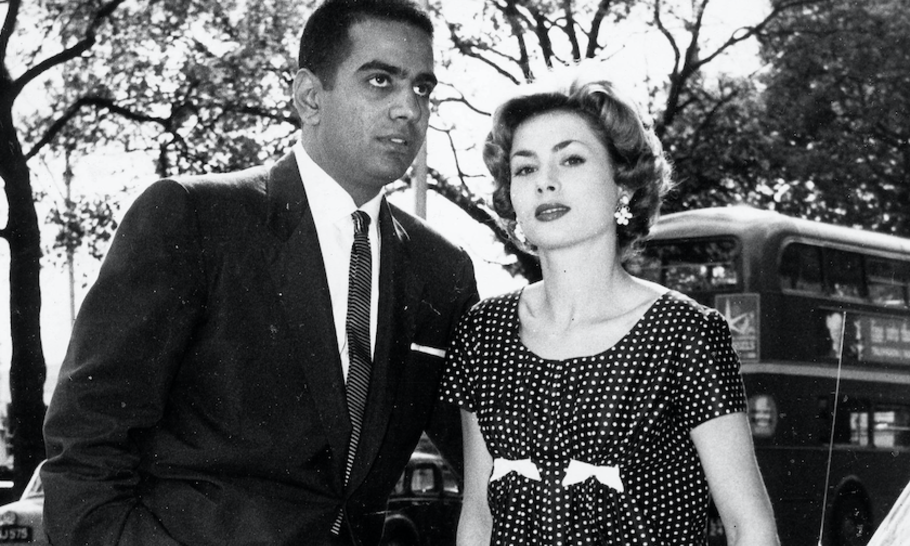 On October 22, 1958, British European Airways Flight 142 was nearing the end of its trip from London Airport to Naples when an Italian F86 jet fighter, diving at 400 mph, struck the cockpit, killing all 31 people on board. The remains of the Vickers Viscount were scattered near the village of Nettuno, south of Rome. The fighter pilot, though seriously injured, survived.

One of the victims was Terry O’Grady, a 22-year-old steward (as flight attendants were then called), who was planning to train as a pilot. His brother Rory O’Grady, only eight at the time, has written an unusual and enjoyable book (The Flight of The ‘Arctic Fox’, Conrad Press, £11.99) about the lives and connections of all on board. The aircraft was named after Sir Leopold McLintock, a Victorian polar explorer known as the “Arctic Fox”.

The idea of a book arose when the relations of the dead met at the dedication of a memorial on the 60th anniversary of the disaster. This gathering was the initiative of Terry Bannon, son of the plane’s radio officer, who had worked with the Italian authorities to trace as many relatives as possible.

The late 1950s was an era now hard to recover. The memory of the Second World War remained vivid for all those who had lived through it. Both pilots on BEA Flight 142 were war veterans, as was the radio officer Jimmy Bannon. In fact, he had been in the crew of the next to last RAF plane to escape Singapore in February 1942 and had taken the controls when the pilot was killed by Japanese ground fire. Back in Britain, Bannon had served as a Lancaster tail gunner, possibly the most perilous position in any bomber. More recently, he had flown in another Viscount with the Royal Family and Nikita Khrushchev on his state visit.

Yet Britain and Western Europe had largely recovered from the Second World War, while growing prosperity and technological advances made travel safer, more convenient and attractive. Rome, which had been starving in 1945, was now the home of la Dolce Vita, and a vibrant easy-going hedonism rather different from what was available in London.

Among the passengers was a quartet on a mission that might have provided the plot for an Ealing comedy. Jane Buckingham, a glamorous English model, was on her way to Rome to confront her lover, a wealthy Indian prince, over reports that he had taken up with the Hollywood star Eva Bartok. Accompanying her were three of Fleet Street’s finest, with hopes of a juicy scoop.

Jane Buckingham was a fascinating character, redolent of smart but sleazy 1950s West End society. She had been born Eugènie Moore to a North London tailor and his wife, who abandoned the family early. Aged 17, she had a baby by a French student, but luckily for her future career the child was adopted. Good looking, intelligent and funny, Eugènie began to be noticed in postwar London. A model agency suggested she change her name, and her career was launched. She modelled luxury clothing in smart magazines and became the face of Schweppes tonic water and various washing powders. She habituated night clubs like the Stork and the Embassy, initially as a hostess, increasingly as the guest of the rich men she met there.

Jane was looking for emotional as well as financial security, and she thought she had found both when in 1954 she married Reginald Kawaja, a wealthy young Lebanese who whisked her off to Canada and then to St Kitts in the Caribbean. She bore him a baby daughter, Yasmin, but found that she was trapped in an old-fashioned extended Lebanese family controlled by her dictatorial father-in-law.

She slipped back to London, leaving her husband and daughter in St Kitts, apparently for good. At a weekend house party, she met Prince Shiv of Palitana, an immensely wealthy Indian playboy (the couple are pictured above). They began an affair which lasted more than a year, and which she may have taken more seriously than he did. She was busy with modelling jobs for Christian Dior and was not always by his side.

Then the gossip columns began to report that the Prince was involved with the much-married Hungarian actress Eva Bartok, who “refused to deny” that they were engaged. She had just divorced the German star Curd Jürgens, who was infertile and objected to Eva having a daughter he knew could not be his. (Bartok later claimed Frank Sinatra had fathered the baby, Deana Jürgens, during a brief affair).

It’s not surprising that Jane Buckingham sensed danger. She needed to speak to Shiv, but he had motored down to Rome to see his father, the 26th Maharaja of Politana. At this point, a slightly shady freelance journalist called Lee Benson approached Jane with the idea of confronting Shiv on the street in Rome. In addition to Benson, there would be a lead reporter, Paddy Roberts of The Sketch, and a photographer, Brian Fogaty. Paddy Watson, an up-and-coming young female feature writer for The Sketch, would write the story while the veteran Fogaty would aim for dramatic photographs of the passionate reunion or, more likely, the angry confrontation. Jane probably wouldn’t get her man back, but she would be well paid by The Sketch and would gain useful publicity. Sadly, of course, the sting never came off.

Rory O’Grady has done more than pay tribute to the individual victims of an air crash. He has revived their memories and placed their life stories in the context of their times, and of the worlds in which they moved. Some, of course, were ordinary people leading uneventful lives, but even here he has laboured imaginatively to bring them alive. Others were quite exceptional people.

O’Grady excels in writing about women, such as Lady Jenny Weir, wife of the Scottish industrialist Sir Cecil Weir, who, among many other services he had rendered his country, had in 1942 convened all the pharmaceutical companies to cooperate in exploiting the invention of penicillin. In October 1958 he was on a business trip to Canada and Lady Jenny was planning a brief holiday on Capri with her friend Frances Miller.

There is much to learn and enjoy in this remarkable book.