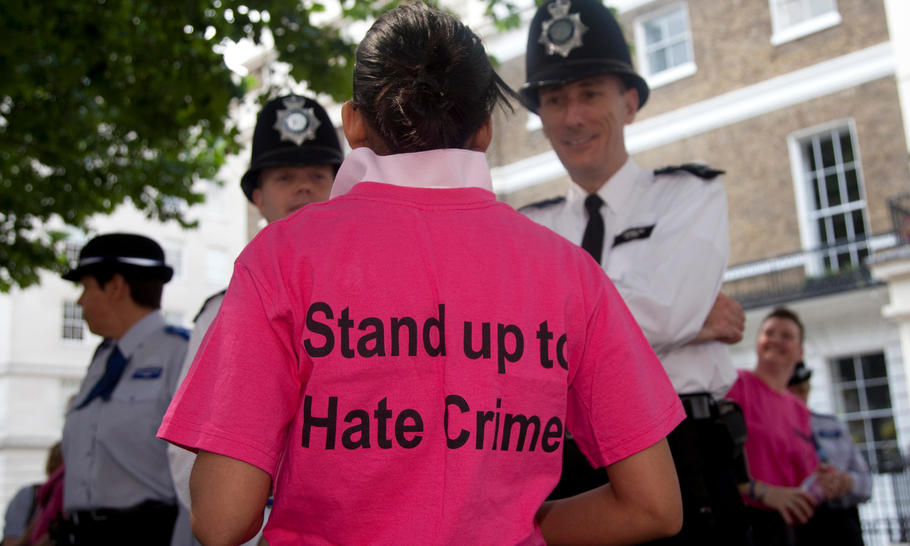 According to official statistics , the police in England and Wales recorded 124,000 hate crimes between March 2020 to March 2021. This represents a 9 per cent rise on last year and more than a doubling in the last five years.

One potential reason for this is down to the methodological advances made in the way data is captured. According to the Home Office “ increases in police recorded hate crime in recent years have been driven by improvements in crime recording and a better identification of what constitutes a hate crime .”

Another reason for the astronomical rise in police-recorded hate crime comes from the Hate Crime Operational Guidance handbook issued by the College of Policing in 2014. Hate crime is defined here as “any criminal offence which is perceived, by the victim or any other person, to be motivated by a hostility or prejudice based on a person’s race [religion, sexual orientation, disability or if they are transgender].” Note my emphasis in bold. This would imply that evidence is not required for an incident to be classified as a hate crime, only the subjective declaration from the alleged victim or witness.

Still, the police appear to believe that a lot of hate crime goes unreported. Hence they have dedicated a vast amount of time, money and resources to “raising awareness” and encouraging the public to come forward to report these “ crimes ”. For example, in February last year the police in the Wirral showed up with a digital advan  informing shoppers that “ being offensive is an offence.” It sent the message that hate-crime was less about a physical attack and more about reporting offensive speech. After criticism to the campaign, the local superintendent made it clear that “ being offensive” is not in itself an offence.

But is there really a hidden hate-crime crisis within the UK? Is this just another moral panic? Are we a nation beset with vile racists and bigots?

Evidence does appear to show that the scale of hate-crime is largely blown out of proportion. For the last five years we have seen police-recorded hate crime rise while other indicators appear to show it falling. When you look at data from the Crime Survey for England and Wales, you get a rather different picture. It shows a “ long-term decline in hate crime.” In the decade between March 2008-09 and March 2019-20, the number of hate crimes fell by a staggering 38 per cent.

Further potential evidence comes in the growing disparity between the rising number of police-recorded hate crimes and the number being successfully prosecuted. There were 15,442 hate crime prosecutions in 2015-16, yet last year  this fell to 10,679. One reason for this could be that the police have less evidence of serious hate-crime and are going after cases that are unlikely to lead to a conviction.

Yet the argument over whether hate crime is rising or not misses the point. The fundamental problem is with the existence of hate crime legislation.

The foundational basis for hate crime legislation relies on the basic tenet of “protected characteristics”. These are identities deemed vulnerable and enshrined in the Equality Act 2010. This law initially had a noble and liberal intention: to fight prejudice and discrimination against minority groups. Unfortunately the protection of select groups of people in the name of “equality” has meant equality under the law is no longer tenable. Ironically, the Equality Act has ended up having a chilling effect on freedom of speech.

In December 2021, the Law Commission published a report citing recommendations on the reform of hate crime law. The report recommends expanding the concept of hate crime to include prejudice against the disabled and LGBT+ people.

Stonewall, for example has welcomed the Law Commission ’ s proposals to include “asexual” within the protected characteristic of sexual orientation, while it also recommends expanding “ transgender identity ” to include “transgender or gender-diverse identity” — which contains “transsexual man or women” and “non-binary” people. This, Stonewall argues, is “ a huge leap forward for the safety of LGBTQ+ people .”

There is something deeply concerning about using “hate” as a legal category. As I have argued, the concept is entirely subjective. Should someone who attacks a transgender individual receive a longer sentence than someone who attacks a woman, simply because one is defined as a hate crime while the other is not? What makes one attack more hateful than the other? Needless to say this has potentially serious ramifications for our impartial judicial system. As the list of protected characteristics grows, we find ourselves in the position where hate crime law arbitrarily protects some and criminalises others.

Laws already exist that deal with the most severe of crimes — such as domestic abuse, murder and sexual assault. If someone is stabbed, the accused should surely be judged objectively on the available evidence, not on whether or not they harboured nasty or licentious thoughts.

Legislating against hate will almost certainly mean more censorship. With the proliferation of the legal category of hate, the state increases its power to censor and arrest those accused of expressing it. If we wish to live in a free society, we need to reform, not expand hate crime legislation.