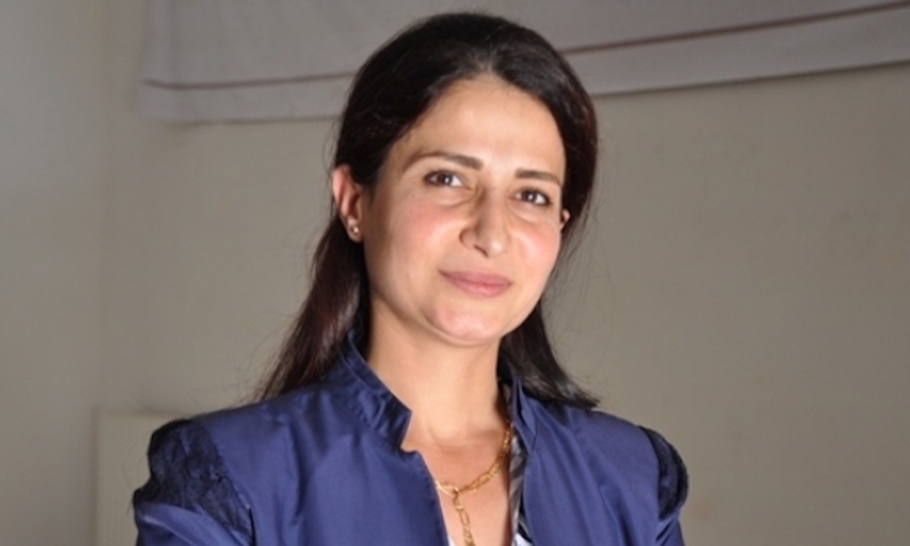 The Turkish invasion of the Kurdish region of northern Syria has claimed its first prominent victim. Hevrin Khalaf was the Secretary General of the Future Syria Party, a skilled negotiator and defender of human rights, well known to American and European officials in the region. She was just 35 when she was killed by Turkish-backed Islamists last weekend. Some media have reported her death as an “execution”, but Hevrin Khalef’s only crime was to be a Kurd.

What happened to Hevrin Khalaf was so terrible that it has attracted the world’s attention, even in the midst of what may proved to be the worst act of ethnic cleansing ever committed by a Nato member. She was being driven along the main M4 motorway, when her car was stopped by a unit of the Turkish-backed mercenaries who call themselves the National Army and have spearheaded the invasion.

According to reports by local journalists and the Syrian Observatory for Human Rights, Hevrin Khalaf and her driver were dragged out of their car by the mercenaries and shot in cold blood beside the road. Videos made by the killers have circulated on the internet, including one showing them shooting civilians, while shouting “Allah akbar”, and another which show a man treading on what appears to be Hevrin Khalaf’s body and saying: “This is the corpse of pigs.” While such footage is hard to authenticate, it makes clear that her killers were radical Islamists. They were also acting on behalf of the Turks. Ankara’s official spokesperson, Yeni Safak, announced her death on Turkish state television as “a successful operation”. Hevrin Khalef was deliberately killed on Turkish orders.

What makes this assassination so chilling is that it fits the profile of an invasion, the intention of which can only be described as ethnic cleansing. The elimination of political and intellectual leaders — Hevrin Khalaf was not only a politician but also a professor of engineering — is always the prelude to genocide.

The blame for unleashing this terrible onslaught, known as Operation Peace Spring, lies squarely with the Turkish President, Recep Tayyip Erdogan. Donald Trump has attracted worldwide opprobrium for pulling out US forces and deserting his Kurdish allies, but the Russians have larger forces in the region and few are blaming Vladimir Putin. The Kurds themselves have wasted no time in switching alliances to the Syrian dictator Assad, whose forces now occupy much of their previously autonomous region.

Europe has contented itself with statements that amount to little more than sermons. In Washington it is now clear that President Trump had not expected Erdogan to carry out his threat to invade, having underestimated the deep hatred for the Kurds that animates the Turkish leader. If the US and the EU could co-ordinate sanctions, it is still possible that Erdogan could be persuaded halt his operation. But it is likely that he was counting on the chaotic state of transatlantic diplomacy to enable him to get away with mass murder.

More than a century ago, the Armenians were the target of a similar act of ethnic cleansing by the Ottoman government. Up to 1.5 million Armenians were systematically exterminated, beginning with the arrest and subsequent murder of hundreds of intellectuals. This attempt to decapitate the Armenian intelligentsia was followed by massacres of men and mass deportations of women and children to the Syrian desert. Many Armenians fled, creating a global diaspora that survives to this day.

Shamefully, the Turks have never admitted responsibility for this genocide. Their consistent denial and failure to make reparations has undoubtedly encouraged others to commit similar crimes on an even bigger scale. A week before Hitler unleashed his own genocidal war in 1939, he asked his generals: “Who, after all, speaks today of the annihilation of the Armenians?”

We can only hope that future generations do not look back on the events of October 2019 and wonder why Turkey, nominally an ally of the West, was allowed to massacre the Kurds of northern Syria. The murder of Hevrin Khalef is a war crime, for which President Erdogan bears ultimate responsibility. Like the Nazis at Nuremberg, he should be investigated, indicted and prosecuted in The Hague.