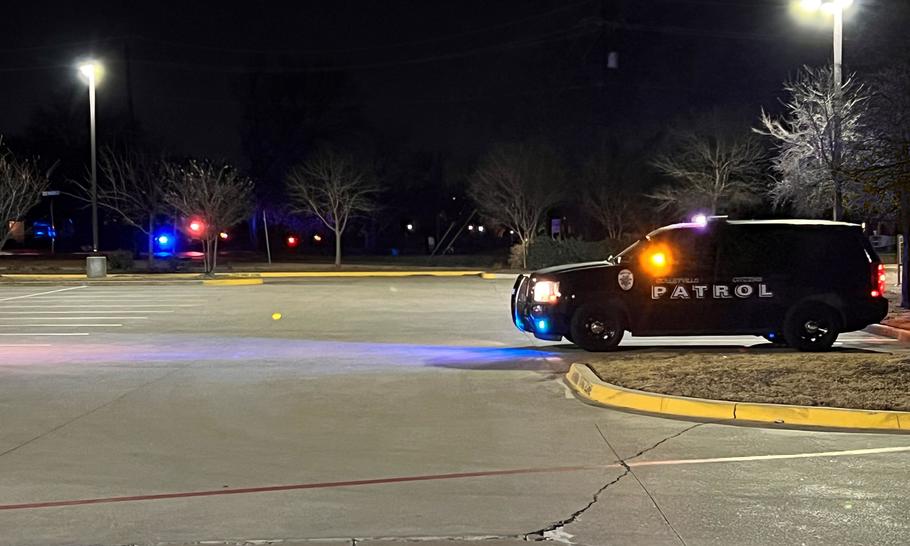 The Texas synagogue siege, which ended on Saturday with the killing of a British terrorist and the release of his four hostages, has been a much bigger story in the United States than in this country. Americans, especially if they are Jewish, are demanding to know how such an outrage could have happened. At least one associate of Malik Faisal Akram, the hostage-taker,  is still being sought there. Yet the incident leaves a worrying legacy here, too: not only for the Greater Manchester police, still interrogating two teenagers in custody, but for the Muslim community in which Akram lived until recently.

How was it that nobody who knew this violent and unstable man raised the alarm as he became radicalised to the point of committing an act of terrorism that could easily have ended in tragedy for others as well as himself? During the siege, members of his family, from whom he was estranged, tried to persuade him to surrender, without success. Akram knew he would die but was past caring. He was considered so dangerous that he was shot dead by the FBI even after his captives had managed to escape. But how did this foreigner with no gun licence, living in a homeless shelter, manage to acquire an automatic weapon?

Even more extraordinary is the fact that the danger he posed seems to have been ignored by the authorities in both countries. He was well known to the police in this country, with a criminal record that included assault, drugs, violent disorder and driving offences. Yet even after he adopted the Wahabbist form of Islam and tried to force his wife and six children to follow its extremely strict regime, nobody alerted the authorities.

He reportedly became obsessed with the case of Aafia Siddiqui, known as “Lady al-Qaeda”, the Pakistani neurologist now serving an 86-year sentence in Fort Worth for attempting to murder her US interrogators. Siddiqui has become notorious as a global rallying cry for radical Muslims, including Imran Khan, the Pakistani Prime Minister. Once Akram started telling anyone who would listen that he intended to cross the Atlantic to obtain her release, he should have attracted the attention of the counterterrorism police, but it seems he remained below their radar until he left the country late last year. Asked whether he was known to security services, Whitehall officials have so far refused to comment.

How Akram was able evade the supposedly strict US immigration process to obtain a visa remains a mystery. Undoubtedly he was a convincing liar; even so, his criminal offences should have shown up in background checks. No doubt Donald Trump will make much of this lax enforcement of the rules, but in reality the change of administration is unlikely to have been a major factor.

Once he was in the US, this Muslim extremist appears to have exploited the generosity of at least two Christian homeless charities, the Union Gospel Mission Dallas, where he stayed shortly before the attack, and Our Calling, another Dallas centre, where he was “dropped off” by an unknown person who appeared to be a “close friend”. Both missions found his behaviour normal and while enjoying their hospitality he did not have a gun. They at least carried out checks to ensure that he was unarmed. Yet after leaving the Dallas Gospel mission someone sold — or gave — him a handgun.

On Saturday Akram turned up at the Congregation Beth Israel synagogue and asked for help — once again exploiting the kindness of a religious community that was not his own. Investigators will no doubt try to ascertain exactly how he came to pick on this particular synagogue. But there is no great mystery about why the people he threatened to kill were Jewish, including a rabbi. Akram clearly believed that his chances of achieving his goal — the release of Siddiqui — would be greater if his hostages were American Jews. Why else would he go to the trouble of crossing the Atlantic and making his way to a Texas synagogue? It is, in other words, a fair assumption that Akram was not only an Islamist and an anti-American, but also an anti-Semite of the most extreme kind, who believed implicitly in conspiracy theories about Jewish domination, especially in the US.

This leads us to the most troubling aspect of this case. How did Akram acquire the beliefs that led him to commit such an act of terrorism? In Blackburn, where he lived, there is a large Muslim community; he is reported to be related to some of its most influential members. How is it that Akram’s  hatred of Jews seemingly aroused no surprise or resistance in the community? Opinion polls have long suggested that Muslims are much more likely to hold anti-Semitic beliefs than the average Briton. In 2013 the Muslim journalist Mehdi Hasan wrote about this phenomenon in the New Statesman here: “It pains me to have to admit this but anti-Semitism isn’t just tolerated in some sections of the British Muslim community; it’s routine and commonplace. Any Muslims reading this article — if they are being honest with themselves — will know instantly what I am referring to. It’s our dirty little secret.”

What, if anything, has happened in the intervening nine years to alter this toxic culture? If anything, the problem is likely to have grown worse. That is certainly what the rising figures for anti-Semitic incidents in the UK suggest, although only a proportion of these are perpetrated by Islamists. Jeremy Corbyn’s five years as leader of the Labour Party, which a majority of Muslims support, undoubtedly did incalculable harm. Jewish protests about Corbyn’s attitudes and policies, including one from the Chief Rabbi during the 2019 election campaign, will have been seen by Islamist anti-Semites as instrumental in his replacement by Sir Keir Starmer, who has worked hard to rebuild relations with the Jewish community. The role of social media in spreading extremism, including anti-Semitism, is well known and may have contributed to Akram’s radicalisation. But at least as important is the toleration of a culture of hostility and suspicion towards Jews and Israel among large numbers of ordinary British Muslims.

It is of course also true that Muslims are themselves subject to prejudice and attacks. This may explain but does not excuse the fact that reports on the BBC and other mainstream media made virtually no reference to Islamist anti-Semitism as a factor in Akram’s decision to target the Texas synagogue. Yet such lethal hatred is a daily reality for Jews on both sides of the Atlantic. It explains why Jewish schools, synagogues or other institutions require strict security and why Jewish organisations exercise constant vigilance in monitoring the terrorist threat. It also explains why the misreporting by the BBC of anti-Semitic incidents such as the recent Oxford Street attack arouse such anger far beyond the Jewish community.

Turning a blind eye to “the oldest hatred” is not the action of a great nation and could never be condoned by decent Britons of all faiths and none. The transatlantic investigation of Akram’s crime must be rigorous and thorough. But the Muslim community, not only in Blackburn but elsewhere across Britain, should also take responsibility for the culture of casual anti-Semitism that allowed him first to drift into extremist territory, then to hatch his plot and carry it out, without anyone sounding the alarm. There have been too many Akrams before for him to be dismissed as just another “lone wolf”.