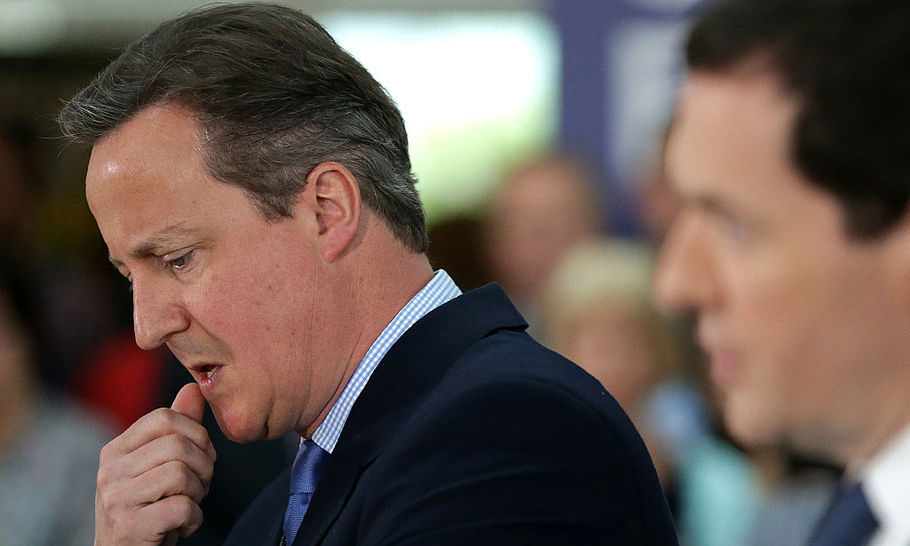 The appearance of David Cameron’s memoirs, For the Record, led Daniel Johnson, the Editor of TheArticle, to ask me to answer the question: how might historians look back on David Cameron’s premiership? A wise choice of words, as the historical legacy is likely to owe more to the actors selected to play him in assorted films. I am only one academic historian and certainly cannot speak for the profession as a whole, still less for “history”. But I think this is a reasonable question. I will offer suggestions, both from the perspective of what I think will be future views, and with reference to current-day suggestions. The two principal themes will be Blair-Cameron similarities and the idea of “a study in failure”, to use the title of a book by Robert Rhodes James about Churchill up to 1939. The study of Cameron’s failure, however, lacks any Churchillian grit, perspicacity or redemption.

The Blair-Cameron model is a version of Butskellism, the post-war consensus associated with “Rab” Butler and Hugh Gaitskell. Coined in the Economist on 13 February 1954, Butskellism was less a term of 1950s analysis than one later used to criticise Thatcherism. In practice, as Scott Kelly’s study makes clear, there was much dividing the two statesmen, notably Gaitskell’s preference for economic controls. However, the analysis remains commonplace.

So also, probably, with Blair and Cameron. The similarities are apparent, not least a determination to change their parties, a concern with image, a willingness to innovate (including in constitutional terms), an emphasis on youth, government through chums, and a zeal for international interventionism. The more profound similarity was that Cameron was elected Tory leader to oppose Blair in 2005 after the failure of four predecessors (Major, Hague, Duncan-Smith, Howard), and hence was in some sense a Tory version of Blair.

These similarities enable us to see points of comparison in failure. Both men appeared less relevant in the world, once it had been transformed by the economic/fiscal crisis of 2008. Certainly, their individual narratives appeared less attractive. There were also serious policy and political failures that linked the men. The order in which they are given can suggest a degree of causation that is not intended, but it is worth considering what the common features were, psychologically and in policy terms.

On the global scale, it may well be the interventionism that takes most attention. Blair is associated with larger-scale action, notably Kosovo, Afghanistan and Iraq, with the last two taking more attention than Cameron’s action over Libya and attempted action over Syria. However, this assessment may be revised. In Afghanistan and Iraq, Blair was essentially following the United States under Bush, whereas in Libya Cameron (and Sarkozy) took a much more assertive stance. Their intervention certainly proved maladroit and, unlike those of Blair — who had scant recent experience to consider — curiously lacking in any ability to reflect on the lessons of Iraq.

Cameron’s discussion of the issues in his Memoirs reflects an inability to think in terms of broader consequences. At the time, there was in his circle an excitement about military action that was misplaced. Over Syria, Cameron lost control of the Commons. I discussed the matter at length at the time with a MP whom Cameron was trying to sway. He sought my advice prior to a one-to-one meeting and I suggested asking Cameron how he saw his proposed action as in accord with the national interest. Apparently, Cameron’s reply was unconvincing.

Whether or not such action in Syria would have been appropriate, the striking point is that Cameron failed to convince the Commons, a failure that had a global impact. He could not even persuade his own party. This failure was long before Brexit.

This captures a more central point. Cameron was bad at politics. Observers, commentators, the public and historians, might be unsurprised by politicians being poor in government, or being hypocrites, dishonest, and self-interested; but politicians are usually expected to be good at politics. Cameron was not. Instead, his rolls of the dice sometimes worked and sometimes failed.

Failure might appear surprising as a description of a man who became party leader (2005), then Prime Minister for six years (2010-16), winning a general election outright (2015), and resigning rather than being forced from office (2016). The 2015 verdict was far more comfortable than the 1992 and, still more, 1997 verdicts on Major, let alone the 1974 verdicts on Heath. Moreover, in policy terms, Cameron introduced self-styled austerity, and also took through some measures that he championed, notably homosexual marriages. Politically, Cameron was able to forge an effective coalition with the Liberal Democrats (2010), and thwarted the Liberal Democrats (2011) and Scottish Nationalists (2014) in referenda.

So is it fair to argue for failure, but for the overriding case of Brexit? Here views will differ. Let me make some suggestions that offer a link. In 2010, during the election campaign, Cameron failed to set the political world alight — as Clegg briefly did — because he was unable to provide a convincing reason to vote Conservative. Both my children, who for reasons of economic interest should have voted Conservative, very much felt this and, I think, opted for the Liberal Democrats as a result.

To have won an absolute majority would have been very difficult, but Cameron benefited from the unpopularity of Gordon Brown, from the “time-for-a-change” pendulum, and from the consequences of the recession. Kicking in a swinging door, he failed, however, to offer the necessary political breakthrough. Brown’s unpopularity left Cameron with a coalition that accorded with his wish to lead the Conservatives (and the Government) from the centre. Moreover, his most important advisor, Sir Oliver Letwin — who was temperamentally averse to those he termed Daily Mail readers — wanted to use the coalition to hold the Liberal Democrats close so as to destroy their cohesion and weaken their appeal, producing a realignment of national politics that marginalised the Right.

There were, of course, shades of Blair here. Whether or not this aim of marginalising Right and Left respectively was desirable, both Cameron and Blair got it wrong, although in the latter case the full rejection took a while to work through as Brown, and even Miliband, were transitional figures.

The rejection of the Cameron legacy may also be seen as gradual, with Theresa May perforce a transitional figure prior to Johnson, but in practice the break was more abrupt. May’s approach to government and political were different to those of Cameron and in part reflected her opportunity to observe his modus operandi.

Cameron alienated much of the parliamentary party, but so did Thatcher. In contrast, Thatcher remained popular, indeed wildly popular, with the party in the country, but Cameron did not. As far as Cameron was concerned, the parliamentary party swiftly appreciated that this was a “chumocracy”. One former MP on the left of the party, who had voted for Cameron in 2005 and served him as a minister, told me several times in 2018 that he had felt let down by Cameron, that he was arrogant, and only liked the company of “chums” whom he then promoted. This is also the view of other current parliamentarians.

In his memoirs, Cameron seems to understand this point, but defends his attitude in political terms, describing his chums as a “close confidant” or “my inner team”. To many of his colleagues, however, including those in Cabinet, this was not a matter of a team united by policies, but one defined by social links, manners and assumptions. Again, the “Islington” view of the Blair tendency recurred, but on this occasion with references to Notting Hill — and, of course, Eton. That George Osborne had gone to St Paul’s, not Eton, contributed to this impression; some regarded the Chancellor as a geeky outrider at the court of King David.

Most seriously, this insider-outsider dynamic interacted with disquiet among much of the parliamentary party about what it saw as political and policy preferences. This disquiet gave Cameron only limited space for political manoeuvre, once he allowed Brexit to come to the fore. So also with his inability to win much backing in the country. Most MPs did not find themselves under pressure to support the Prime Minister from either constituents or party members. Cameron was able to pull through by winning the Scottish referendum in 2014 and an overall parliamentary majority in 2015, but he was already weaker than he appreciated.

This puts the opposition he encountered within the party over Brexit in 2016 in perspective. Cameron’s memoirs reveal exasperation and anger at such opposition, and notably so from close colleagues, particularly Michael Gove. To a degree, the memoirs reveal a petulant anger, almost narcissistic in its focus. Cameron divided the Cabinet between “wankers” and “the team”. Unable to understand a lack of “loyalty” in the latter, he appears to have found it difficult to accept that Gove, Boris Johnson, Priti Patel and others acted as politicians and/or had ideas that they would not subordinate to his. In a sense, failure over Brexit reflected Cameron’s more systemic misreading of politics, his party, and the country. He has had his say in his memoirs. It will be instructive to see whether in time others respond to his self-serving account, one that is highly partisan and intended to wound, and let us have a more multifaceted approach to the period.