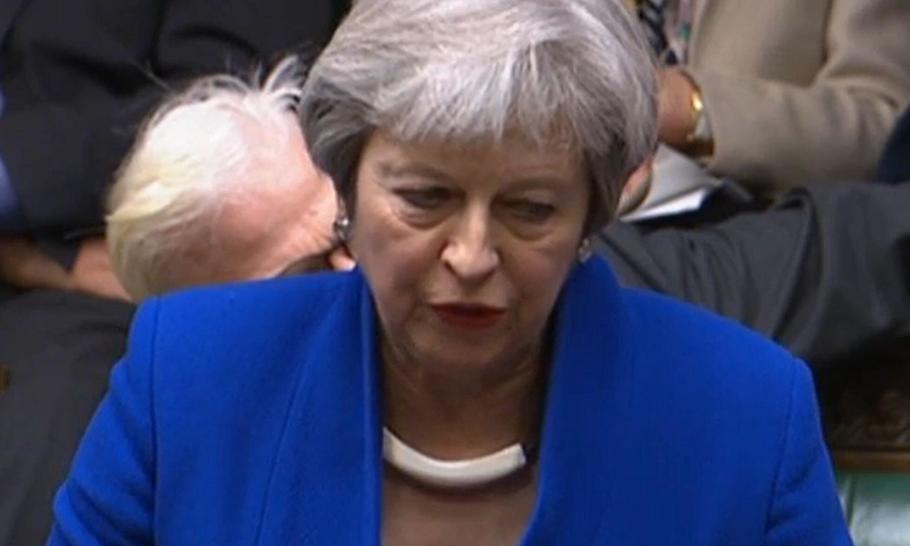 Why did Boris Johnson have such a torrid time of it in the Commons yesterday? The short answer is: hubris. A classicist ought to have been inured to that danger, but when nemesis overtook him, it came from an unexpected quarter. In Greek mythology, the vengeance that overtook a man who swore a false oath came in female form. They had a word for that, too: the Erinyes, or Furies. In this case the Fury took the form of his predecessor.

After the publication of Sue Gray’s “update” on her report, final publication of which is now receding into the unknown, the Prime Minister knew he would be in for a buffeting from the Opposition. And so when Sir Keir Starmer stood up to deliver his now customary indictment, followed by the equally stinging dose of obiter dicta, Boris was cruising for a bruising. His contrition was judged insufficiently sincere. His acceptance of responsibility for what the report had implied were his “failures of judgement and leadership” lacked credibility. His announcement of the creation of a Prime Minister’s Department at Number 10 — in normal times a major decision of constitutional significance, ending a debate that has rumbled on for a generation and ensuring that Partygate will leave a permanent mark on Whitehall — fell flat.

Sir Keir quoted Mrs Thatcher: “The first duty of government is to uphold the law.” She was the first of the Furies to be evoked. Starmer’s speech, mostly heard in silence by a chastened Tory front bench, hit home. Boris’s attempt to hit back, accusing the former DPP of prosecuting journalists rather than Jimmy Savile, would normally have rallied his troops. This time the riposte struck the wrong note.

Boris sat down. And then, from the benches behind him, arose the chthonic figure of Lady May. Resplendent in blue, as usual, the former PM had actually read Sue Gray’s text. She asked a question to which there was no good answer: “Either [the Prime Minister and his staff] had not read the rules or did not understand what they meant, or they didn’t think they applied to No 10. Which was it?”

The victim had by now swung round to see his nemesis. He quickly turned away again, unable to endure her basilisk stare. This was payback time for the Chequers revolt, for her subsequent, long drawn-out humiliation in that same Commons Chamber, for her enforced resignation a year later. It wasn’t a pretty sight: revenge never is. But nobody could deny that the Member for Maidenhead had every right to ask that question, because anything like Partygate would have been unimaginable on her watch.

After that ordeal, the spectacle of Ian Blackford making a spectacle of himself by calling the Prime Minister a liar must have come as a relief. It might have played well in Scotland, but in Westminster the SNP parliamentary leader merely looked absurd. He performed a pirouette of rage and added insult to injury by storming out, as the Speaker began to read the form of words to expel a Member for repeated use of unparliamentary language. All that Blackford achieved by his refusal to replace “wilfully” with the word “inadvertently” in his accusation that the PM had “misled the House” was to raise the question of whether it might not indeed have been inadvertent. Had Boris simply forgotten about his birthday party, and the others too, when he initially suggested that they had not happened?

Unfortunately for him, that explanation is less plausible than the alternative: that Downing Street officials thought they could ride out the storm by playing it down. With hindsight, it would have been far better for Boris to have come clean straight away about all 18 of the parties examined by Sue Gray, rather than have the facts dragged out of him over several weeks. He may not have “wilfully” misled the House, but the script he was given was undoubtedly economical with the truth. Any misleading of the House wasn’t inadvertent so much as negligent.

No wonder his own party was less than full-throated in its support. Stunned by one denunciation after another, Boris spent the rest of the debate stonewalling. For nearly two hours, MPs from both sides pelted him with insults. He was quite grateful to be called a “wally” by unnamed constituents in the Ribble Valley, who apparently thought the Commons should be talking about Russians rather than cake. By the time the Speaker showed a bit of mercy, Boris resembled St Sebastian after his martyrdom. It was unedifying, but it cleared the air.

At a meeting later last night of the entire parliamentary Conservative party, not just the 1922 Committee, there were apparently very few cheers for the PM’s performance. This does not mean that Boris is finished, or will even be challenged. His 300 or more Spartans will not desert their Leonidas. They don’t mind a Marathon, but they don’t want to be led to Thermopylae.

Their loyalty has held, partly because he is loyal to them. Boris was even loyal to Dominic Cummings, for far longer than was wise. Right now he is refusing to sack his Downing Street staff and is even reported to want the newly-created post of Permanent Secretary at the Department of the Prime Minister to go to his chief of staff, Dan Rosenfield. His loyalty is commendable, but I doubt whether anybody else thinks that this is a good idea. The new broom at No 10 really must be new.

Today Boris is off to Kyiv. His phone call to Vladimir Putin, embarrassingly postponed while he was otherwise engaged in the Commons, will still take place. He will live to fight another day — perhaps even, as Pitt the Younger once did, to enable England to save herself by her exertions and Europe by her example. “I get it and I will fix it,” he told the Commons yesterday. But if Boris Johnson wants to “fix it”, he must prove that he really does “get it”. There must be no more hubris. The next nemesis he will not survive.