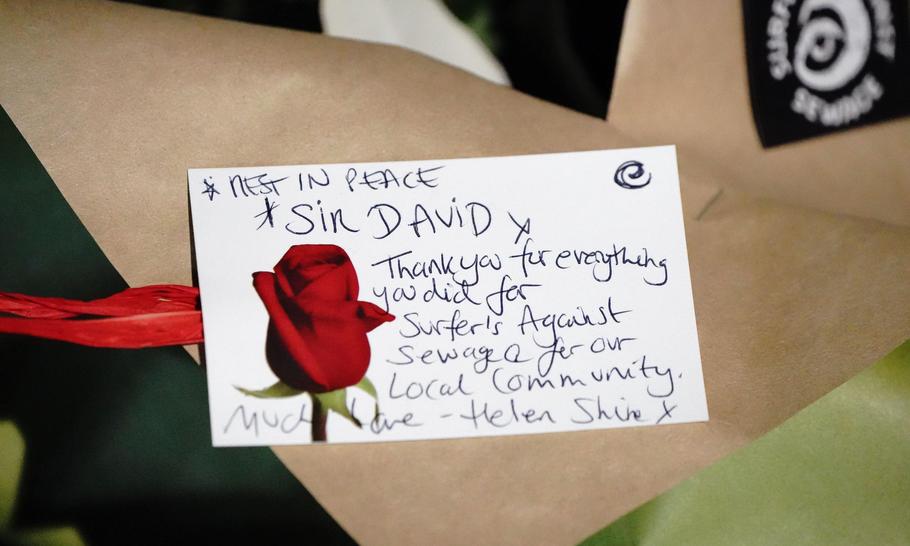 My wife and I heard the news of the attack on David Amess with shock, despair and tears. We had rubbed along as Conservative colleagues for well over 30 years — on the same side of the line on the importance of faith in our modern world, and the joy of just being an MP, but also with rather differing views from time to time of where the Tory party might go — the very stuff of a life with a fellow MP. All the tributes get David Amess right: kind, devoted to his patch, brave and irrepressibly optimistic about his causes. I can barely comprehend the pain for his wife and family.

So, I am not sure if David would be pleased with my headline, because I am not sure he would ever have been so negative as to say “I don ’ t know” when asked what to do about anything.

I do not know what to do about MPs safety. I did what David did on Saturday morning hundreds of times. I sat in a pretty empty hall and waited while those coming to see me were greeted by my team; my wife, agent or caseworker, and wondered what was to come. After 32 years, I often told people that something new came up nearly every time — that was one of the joys. Just when you thought you had heard everything, a constituent would make you laugh, be angry, well up, or astound you with either their incredible fortitude at being on the wrong end of injustice for far too long, or with their cheek and sense of entitlement! It was all there.

But occasionally in recent years, just a flicker of a change of tone in a conversation sent a momentary shiver down the spine. Remembering those incidents which had affected others, what would I do if a weapon suddenly appeared? How vulnerable was I, or my team?

After the death of Jo Cox, much effort was put into improving our safety. We did what we could in North East Bedfordshire, and our local police were outstanding. Some now suggest that MPs have their surgeries in one, specially equipped place. But over a widespread constituency, MPs want to meet their constituents where they live. Some constituencies have no central point where you could gather everyone in some secure barn with a metal detector. And MPs will not want that. You could have a policeman at every surgery. Armed? Do they really have that manpower, and what of places where our constituents say they cannot get hold of the police to deal with their own fears of crime? How will this help the bond between MPs and people? I doubt also if MPs will be keen on virtual meetings only — this is not what our way of life and our politics is about. Jo Cox was not in a surgery, but on the street, when she was attacked and Ian Gow was killed in his car. Taking MPs away from the people is, I am sure, not the answer.

I do not know how we can do any more about the rhetoric of politics. I would lose count of the number of times colleagues have made a plea for a “ kinder ” politics, only for it to be gradually forgotten in the heat of some crisis or other. The media virtuously sign up to this also in the aftermath of an incident and then conveniently forget any linkage between their headlines and incendiary emotions — for example, when they decide to call judges “enemies of the people”, or people like me a “ traitor ” or “ saboteur ” when it suits them.

And I do not know how we take the venom of extremism — fuelled by the abuse of religion at one end, and by the propagation of social media at the other — from our society. Throughout my work on the UK ’ s behalf in the Middle East, I have seen how religious intolerance, stoked up by skilled influencers, and used by men wanting money and political power, has reduced those of differing faiths and beliefs to something below their own humanity, making them easy targets for radicalisation. Through modern communications, this evil is worldwide, works hand in hand with secular authoritarianism, and has no borders any more.

And there is a link with the increasingly intolerant, nasty and vile attacks on MPs through email and social media that they and their staff report and highlight. These attacks come from all sections of society, and some perpetrators will be your neighbours. While different in character from religious extremism, they have a common root. The desire to intimidate, close down the mind, to end the expression of what is not deemed to be acceptable, is the very heart of the fight of open societies against such darkness, for which David Amess died, and which our own Parliament and democracy globally must take on every day.

While there is much I do not know, I do know that we cannot give up or give in, and I also know that our MPs will not do so. They deserve to be supported wholeheartedly by our society.