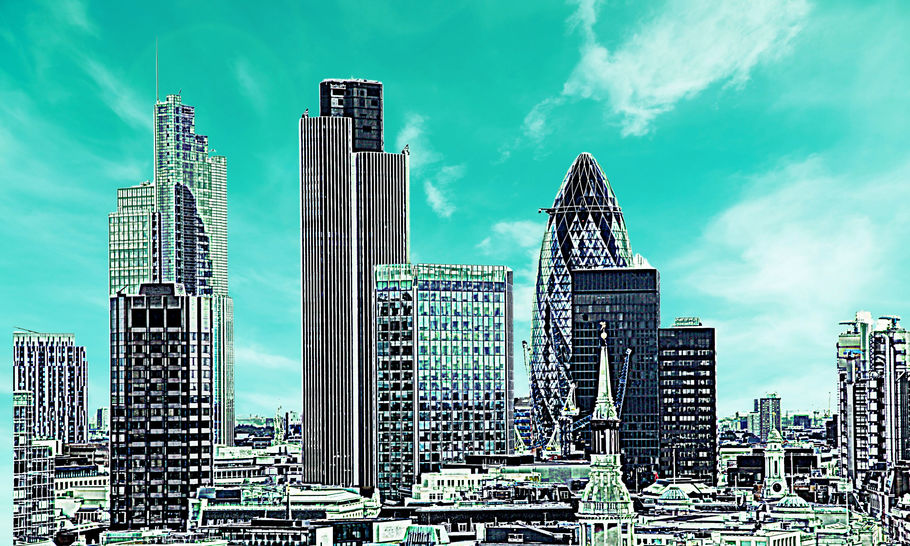 “Labour was the first price, the original purchase-money that was paid for all things.  It was not by gold or by silver, but by labour, that all wealth of the world was originally purchased.” Karl Marx ?   No, Adam Smith, setting out his theory of value in The Wealth of Nations, first published in 1776.  It became the core text of classical economics, resetting economic theory as the early Industrial Revolution brought unprecedented change and growth in production.  To understand why our national wealth is now endangered, we could all, particularly the Chancellor and Prime Minister, do with a crash course in today’s economic theory.

Nowadays, labour is envisioned as partnering capital in the production of wealth.  Capital combines with labour to drive economic growth, increasing prosperity, or even causing the reverse, recession, the measure being rise and fall of GDP (Gross Domestic Product), national output per head.  GDP itself is, though, an inadequate gauge, missing out many forms of productive work, such as bringing up children.   Today both strikes and loss of market confidence demonstrate that the anarcho-libertarians who control the levers of government in England have no idea how to promote a successful combination of capital and labour and the improvements in productivity it can create.  They are, in fact, astonishingly bad at capitalism.

Both Government and Opposition present growth  — accompanied by social justice in the case of Labour — as the elixir of stability and prosperity, but at the same time as a natural process, like respiration and locomotion.  If it’s not happening, it must be because something is stopping it happening:  labour is refusing to modernise and impeding growth, high taxes are blocking investment in Britain, or we are losing productive minds. In one mighty bound, Chancellor Kwasi Kwarteng and Prime Minister Liz Truss will set free the entrepreneurs, the animal spirits that have been too long constrained.   Wealth will trickle down onto the poor, cold and hungry.  But recent polls indicate the public are more than agnostic about this particular article of misplaced faith.  And to avoid losing his job the Chancellor has had to reverse one of his hand-outs for the richest, the abolition of the 45p tax rate.

Economic growth, of course, is an important feature of economic policy, not an automatic function of the economy.  We choose to measure and make our living in a particular way and certain consequences follow.  Since World War II the part played by natural resources in growth has become increasingly apparent and with it the realisation that laissez-faire freedom for economic activity both depletes and destroys our world.  The climate change crisis, with its floods, hurricanes and out-of-control fires, the quest for rare earths for modern technology, all emphasise the consequences of unregulated growth.  When you have emptied a tube of toothpaste you can squeeze as much as you like, nothing comes out; you need to get another one. But when we squeeze the planet there is only the one available.  The days of perpetual growth powered by carbon-based energy, relying on extraction, are numbered.

Amongst those who want urgent action to prevent climate change destroying human civilisation and biodiversity, there are two schools of thought.  There are those who believe growth must gradually be put into reverse and, less radical, those who hope massive and focused development of renewable forms of energy will reinvigorate both productivity and economic growth.  Those who advocate reversing growth have no plausible answer to how this could be compatible with social justice and would not prove to be political suicide.  Mark Carney, the former Governor of the Bank of England, now UN Special Envoy on Climate Action and Finance, focusing globally on the private sector, and Sir Keir Starmer, with his proposed £8 billion GB national energy company, fall into the second category.  Both promise “green growth”, which hopes to sustain our standard of living and to a greater or lesser extent avert the mass migration of more than a billion people to the temperate zones as the heat and rising sea levels make life impossible.  Realistically, both approaches imply larger or smaller falls in our standard of living if they are to cut emissions enough.   So both are threatening politically, requiring in Pope Francis’s words that scarce political virtue: “courage”.

You might wonder why this Government seems to think that promotion of indiscriminate economic growth is a necessary policy shift rather than a doomsday formula, supposing the rest of the world were to follow.  Key elements of the banking world, including the IMF and European Central Bank, and even the US military, are fully aware of this threat (see Geoff Mann’s “Reversing the Freight Train” in London Review of Books, 18 August 2022).

Is our Government in denial?  Or does it hold privately a libertarian version of eat, drink and be merry, whilst assuming some technological innovation will spare our children and grandchildren?  So more fracking, at all costs more gas, and “temporary” expansion of exploration and production of North Sea oil.  You might conclude that the five-year election cycle encourages the idea that the future can take care of itself.

We need to think about what people want out of life.  A secure future for their children is top of the list.  It’s now looking as if, in the name of growth, we’ll dump massive debts on future generations in this country, whilst increasing the release of carbon dioxide, thus helping to make the planet uninhabitable.  We just can’t leave economics to Government and blinkered growth-worshipping economists.  We all need to become more economically literate and not think of wealth just in terms of what is measured by GDP.  The Human Development Index (HDI), intended as a measure of a country’s development and produced by the United Nations Development Programme (UNDP), includes life expectancy, education and distribution of income. It expands the meaning of the wealth of nations to include important things that people and societies value, yet are left out of GDP.   It is moving in the right direction.

The Truss Government’s obsession with economic growth, given what we know about climate change, is misguided in economic terms and morally wrong.   It is a government led by people clinging to an outdated ideology who achieved their ambition to strut upon the stage: confident, arrogant, unbending, but not up to the job, the natural nemesis not just of their Party and its ageing membership — who alone voted them into power — but of the little England they fashioned.   Please God we don’t have two years to wait before they are gone.