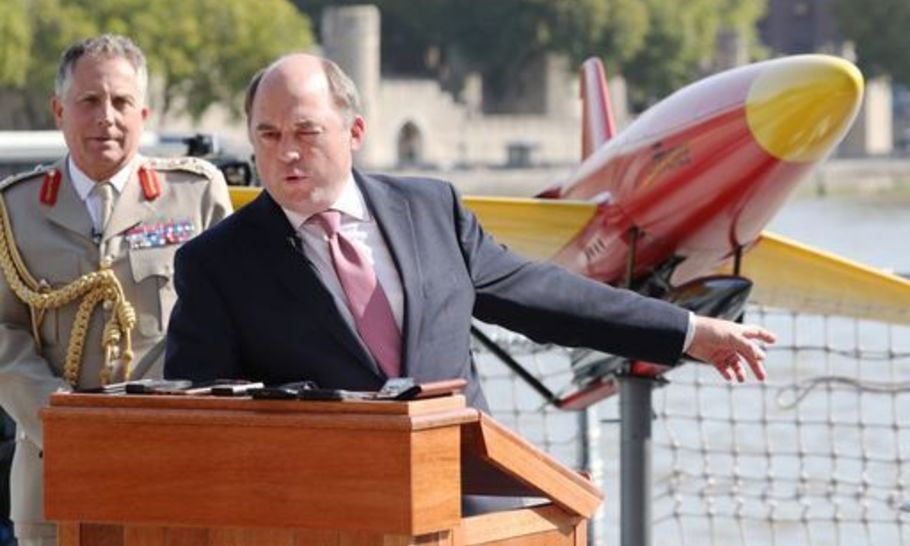 Robert Fry’s recent article points to the age-old role of technology in developing military capability. The pace of change today leaves us facing an almost bewildering set of threats and opportunities. Yet, even with the recent “Boris boost”, money remains extremely tight. So, choosing the right equipment – as well as developing and buying it wisely – is critical.

In the autumn, the Ministry of Defence (MoD) published an imaginative paper on science and technology strategy, committing extra, welcome funding to this field. To turn its vision into actual equipment for the armed forces, however, it also needs the right structures, processes and authority – and they are not there today.

The pace of change in new and exquisite technologies makes existing platforms and equipments vulnerable. Plans need to reflect the asymmetric nature of threats, the complexity of conflict and the opportunities in – and threats from – a range of new technologies. These include data exploitation, machine learning, artificial intelligence, cyber technology, virtual and enhanced reality and the expected effects of quantum computing on processing performance and encrypted systems.

Cheap, widely available equipment, from drones to laptops propagating viruses, present asymmetric opportunities to terrorists, as ISIS, the Taliban and the Houthi rebels have all proved. At the same time, the danger of a sudden leap forward by conventional enemies has grown. As far back as 1982, the Israeli Air Force attacked Syrian ground to air missile launchers in the Bekaa Valley, over two days. The Israelis had a single Hawkeye airborne early warning and control system and superior avionics, in a battle with otherwise comparable aircraft – and brave pilots – on both sides. They destroyed all 19 Syrian SAM sites, together with an astonishing 64 Syrian fighters, without a single Israeli loss.

In peacetime, defence procurement is a sluggish process. In war – and on operations – when lives are at stake and battles won and lost, bureaucracy is slashed and processes sharpened. But a range of factors, from Treasury caution and special pleading to service infighting, have left peacetime processes weakened by orthodoxy, a lack of intellectual agility, and above all an unwillingness to take risks. This is further complicated by the breakdown in the distinction between peace and war. In some domains – especially cyber – we are de facto at war; but in most of our weapon purchases, we retain a decidedly peacetime approach.

For the first time, the MoD’s October science paper identifies both the critical capabilities we need to develop – and the underlying technology areas we will need in the UK to achieve that. This last is crucial both to allow UK participation in development, working with industry, universities (where the Chinese have not infiltrated) and allies. Having in-house experts with a full range of know-how also makes the MoD an intelligent customer when we are buying off the shelf. If you don’t understand – exactly – what you are buying, things are unlikely to turn out well when soldiers’ lives depend on it.

The October paper jumps from a sound science and technology strategy to implementation and monitoring progress, however, without examining the systemic weaknesses which will frustrate delivery.

The central problem with the current system is illustrated by the brilliant precedent set by Lord Haldane a century ago, when he established a separate organisation for government-funded civilian research (now the Science Research Councils), and exempted it from Treasury micromanagement. This paved the way to breakthroughs, from computing to nuclear power, reflected in Britain’s astonishing number of Nobel prizes. It did not, however, embrace the necessary technological follow-through to ensure that Britain enjoyed the benefit.

In America, they have gone the whole way, through the Defence Advanced Projects Agency (DARPA), which enjoys similar freedoms but develops technology too: firstly, for defence but also generating massive civilian spin-offs. Britain’s Department for Business, Energy and Industrial Strategy is setting up a civilian version of the US DARPA with a declared purpose to develop key technologies at speed. It is doing so with the proviso that, like DARPA, it will be largely exempt from Treasury bureaucracy and enjoy an avowed “willingness to tolerate failure”. Both are essential to encourage creative risk-taking.

Yet, sadly, there seems to be no plan to give the MoD such freedom. The Treasury will continue to micromanage its projects and – no doubt – attack every attempt at risk-taking in technology which fails, killing off any entrepreneurial green shoots.

This problem is compounded inside the ministry by the central structures which oversee and act as the “customer” for the procurement process, rightly held at arm’s length from the procurement teams themselves. When Britain was leading the world as a defence innovator, these staffs comprised a multi-disciplinary “project structure” led by military “capability” specialists looking far ahead at future needs, with scientists and financiers working for them in their teams, and, crucially, holding the authority to spend.

Today the disciplines are stove-piped within the MoD hierarchy, so proposals crawl backward and forward between uniformed capability staff in the military headquarters, working at arms-length with separate teams of scientists – and the civil servants controlling the money. Multi-disciplinary brainstorming with the authority to spend is confined to a few tiny – if welcome – initiatives, such as jHub.

Direct interface with industry in framing the requirements – so that new civilian trends outside defence are picked up early – is limited, partly because of this fragmented structure and partly because of concerns about the potential for corruption. This means that defence gets left behind on exciting new developments in the civilian world outside the narrow confines of the defence industry. The RAF’s new drone programme may prove to be an innovative exception — but, again, it involves only small sums.

Working to these staffs in the “customer” function are the integrated project teams (IPTs) of Defence Equipment and Support (DE&S). As their name suggests, these IPTs still have the degree of integration which the central staffs, otherwise lost a generation ago.

They suffer, however, from a range of process issues, many of them stemming from Britain’s membership of the EU. For example, small contracts must go through a burdensome standard procedure which can cost more than the actual price of the equipment and is ruinously expensive for small companies. Uniformed people with critical skills, on reaching their retirement dates, have to reapply from scratch for their jobs as technical civil servants, a process which can take many months.

A separate point is that much of their operation was privatised under Tony Blair’s government, into a new company QinetiQ. This produced some major dislocations. For example, the new owners of MoD’s world class complex of wind tunnels decided to turn a buck by demolishing them and selling them to housing developers. An expensive programme is underway to partially rebuild.

The greatest impact of the Qinetiq sale was that scientists and technologists remaining in MoD found themselves increasingly limited to oversight and no longer able to participate at the sharp end of development. The present Government is slowly rebuilding morale and numbers of technical staff at the MoD, but a measure of the collapse in this once elite group is that the last Chief Scientific Adviser had be found from abroad, despite that precluding him from working with the future nuclear deterrent.

More generally, despite the best intentions, MoD remains an unwelcoming environment for many small- to medium-sized enterprises (SMEs), for reasons well-beyond bidding costs. Large prime contractors can squeeze them out of sub-contracting by imposing risks they cannot take in the contracts and there is a wider fear that their ideas will be gobbled up by larger established suppliers, in the mandatory tendering process.

This can be fixed. With a strong ministerial team headed by Ben Wallace and defence chiefs led by General Sir Nick Carter, all these points can be addressed within MoD – except loosening the Treasury’s dead hand.

Finally, there has been a welcome enlarged role for the Cabinet Office in providing longer-term accountability to a process whose masters inevitably turn over on a much faster basis than major weapon programmes. This could be mirrored in the Parliamentary Select Committee system, by setting up a joint committee of the two Houses – modelled on the Intelligence Committee – drawing on MPs from the Defence and Business Committees and peers with scientific expertise.

We need our armed forces to be equipped and trained for the modern world, as complicated threats grow and proliferate. We must get this right.