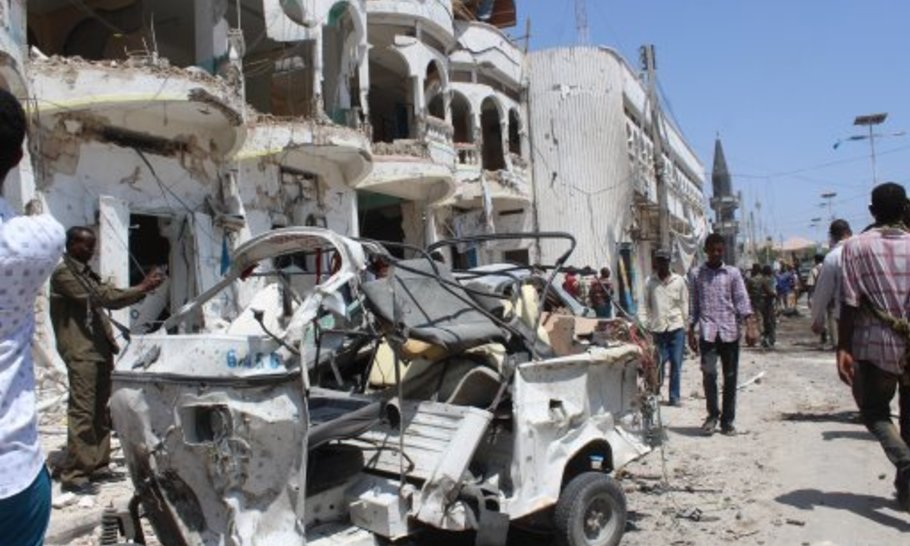 Kenya started the year with deadly terrorist attacks — again. Al-Shabab, the Islamist insurgent group based in Somalia, successfully attacked Kenya’s Manda Bay military base in early January. The attack killed three American military personnel who were based there. It was less than a year after al-Shabab’s attack on the DusitD2 Hotel complex in Nairobi, which killed 21 people.

Al-Shabab’s hostility toward its neighbour stems from Kenya’s contribution of troops to the African Union Mission in Somalia (AMISOM), a peacekeeping mission created in 2007 to protect Somalia’s transitional government and stabilise the country. Today, AMISOM’s 20,000 troops are also mandated to combat al-Shabab. AMISOM plays a key role in preventing al-Shabab from taking control of the capital Mogadishu and achieving its mission to establish a fundamentalist Islamic state.

For its part, the United States has been executing regular drone strikes in Somalia for nearly a decade. The strikes have increased in frequency under the Trump administration, and 2019 was a record-breaking year. Following the administration’s 2017 decision to loosen the rules of engagement, giving commanders more leeway to carry out airstrikes, drone attacks rose from 35 that year to 47 in 2018 and over 50 in 2019.

And yet al-Shabab is alive and well. It’s able to carry out regular attacks outside Somalia, this time on a military base with an American presence. Does the Manda Bay attack indicate that after more than a decade of international counter-terror efforts, the group is becoming stronger?

The scope of al-Shabab’s territorial control in Somalia has changed little in the last four years. The AU campaign pushed the extremists from major population centres, but al-Shabab controls much of southern and central Somalia. Its influence in the country is pervasive. In areas under its control, it acts as a shadow government, collecting taxes and providing justice and other basic services.

“Al-Shabab has a lot of society on their side,” says Jay Bahadur, former head of the UN Panel of Experts on Somalia. “It has an extremely extensive spy network and intelligence network, can assassinate people at will, and maintains its authority through fear and intimidation. If you count affiliates, spies, facilitators, etc, you’re looking at a large chunk of the Somali population.”

Crucially, al-Shabab has no shortage of funds. The group taxes virtually all economic activity in southern Somalia, levying taxes on merchants at checkpoints along transit routes, local businesses, and imports. It also demands religious taxes. Under threat of violence, citizens have no choice but to pay. According to Bahadur, the UN estimated al-Shabab made $10 million in a year at one checkpoint alone — one of dozens throughout Somalia.

“Al-Shabab’s ongoing ability to generate revenues in areas the group does not physically control explains, to a degree, its resilience in the face of increased security operations by the Federal Government of Somalia and airstrikes by the United States of America,” says a 2019 UN report.

Al-Shabab’s attacks haven’t decreased, either. From July 2018 to July 2019, it carried out 548 attacks in Somalia using explosives it manufactured itself, compared with 413 over the corresponding period the previous year. This surge coincided with the rise in US drone strikes in 2018-2019.

Al-Shabab’s insidious grip on Somalia, strong revenue generation, well-established recruitment system, and well-publicised ideology are the cornerstones of the group’s functioning. But the real reason al-Shabab won’t disappear anytime soon is that it doesn’t need to “win”. It just needs to wait.

AMISOM is due to leave Somalia by 2021. The European Union is AMISOM’s main funder, and Bahadur said it’s shifting its gaze toward West Africa as it considers the direction of its peacekeeping budget. No other funders have stepped forward to extend AMISOM’s mandate. Some experts believe that if the Somali government were solely responsible for the country’s security, it would collapse entirely.

“I describe the situation as a stalemate that al-Shabab is winning,” said Bahadur. “Al-Shabab does not militarily have the capability to take on AMISOM or certain units of the Somali army, but international forces don’t have the presence to extend into the hinterland. AMISOM has 20,000 soldiers, and you need a force many times that size to control the country.”

In other words, international forces trying to quash al-Shabab don’t have the resources to defeat the group in the short term, nor does it seem likely they’ll be able to stay in it for the long game. It’s possible a new funder for AMISOM will emerge, but if not, it’s unclear who will fill the void. In the absence of a plan, al-Shabab knows it just needs to bide its time. In the meantime, it can carry out a few high-profile, low-resource attacks like Manda Bay to bolster its image and remind the world it’s still a threat.

None of al-Shabab’s notorious attacks in Kenya required much manpower. The attack on Manda Bay was carried out by just 20 militants. Only four militants were involved in the DusitD2 attacks which killed 21 people. Al-Shabab’s deadliest attack in Kenya this century, the 2015 assault on Garissa University which left almost 150 people dead, was carried out by five fighters.

And so what, if anything, does Manda Bay tell us about al-Shabab?

“It doesn’t mean the group is on the rise,” says Abdullahi Boru Halakhe, a Horn of Africa senior policy analyst for the International Rescue Committee. “The truth is somewhere in between. Al-Shabab isn’t on the rise, nor has it been defeated.”

Al-Shabab’s success at Manda Bay means, simply, that the group is resilient. It’s a reminder that defeating the terror group will take more than drone strikes and an AU mission whose time on duty is ticking down. If al-Shabab’s goal is to outlast the current occupiers, it has all the resources it needs.