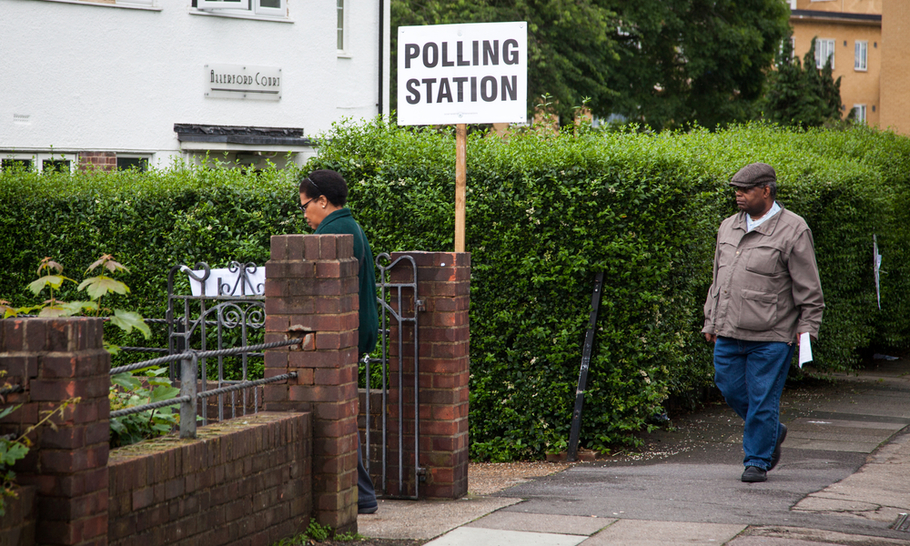 Wild allegations of fraud and rebuttals claiming deliberate voter suppression marred the US elections. On one side the Trump team argued that a single fraudulent vote – more likely, they say, in postal ballots – undermined democracy, while the Democrats point to the tens, hundreds or thousands of legitimate electors who could be denied the ability to vote by steps taken seeking to prevent that one fraudulent vote being cast.

Could such disputes become part of UK political life? They already have. Supporters of proposals to require UK voters to produce photo identification in polling stations argue they are a simple means to prevent fraud — but opponents see darker motives.

The attempt to manipulate the vote by disenfranchising certain groups – voter suppression – dates back to the end of the American Civil War. White-dominated legislatures in the defeated southern states passed local laws that made it difficult or impossible for freed slaves to exercise their newly-won right to vote. For example, local literacy laws purported to test an ability to understand what voting meant – informed democracy – but the effect was almost exclusively to disenfranchise African Americans. In case poor and illiterate whites were caught, the laws were covered by a grandfather provision whereby the ability to demonstrate that an ancestor had had the right to vote (before the Civil War) carried an exemption. Constitutional battles continued between local legislatures, federal government and the courts right up until, and even after, the passing of the Voting Rights Act in 1965 should have outlawed racial discrimination in voting. Over the course of time, what had started as a vindictive attempt to simply stop African Americans voting per se had elided, with the realisation that certain minority groups had a strong tendency to favour the Democrats, into the Republicans trying to play the system for party advantage. Or so their opponents claim.

Literacy laws in the US are long forgotten, but instead they have been superseded by various other devices. For example, strict voter identification requirements or complex rules for postal voting ostensibly aimed at preventing ballot fraud have the effect of making it more difficult for particular groups to vote. Like the more flagrant contrivances – jerrymandering, drawing electoral boundaries for party advantage – or even the closing of polling stations in particular districts, these restrictions stack the odds. Arguments that voter fraud is almost non-existent are rejected and countered by the “integrity of the poll” argument.

The rare, but often spectacular, cases of electoral illegality in the UK have given succour to those who would introduce similar measures here. It was the headline-grabbing case in 2015 of a directly-elected mayor of Tower Hamlets in London, who was thrown out of office and disqualified for committing illegal acts in his election, that prompted government action. An Electoral Fraud Review was set up under Conservative former minister Sir Eric Pickles. Its terms of reference included: “examining what steps are necessary to stop voter registration fraud and error, postal voting fraud, impersonation, intimidation, bribery, treating and undue influence”.

No one could gainsay such laudable and high-minded aims, but the way the government has pursued them has led to claims of baser motives and cross-party consensus has collapsed. One example – personation – gives a flavour.

Personation is the term for an individual casting a ballot for another voter, illegal even if the voter gives their permission. The Pickles Review recommended requiring a voter to present photographic identification at a polling station to prevent this (currently an elector merely needs to provide name and address). Photo ID was piloted in a small number of local elections in 2018 and 2019. In a Westminster debate on these, in 2019, the minister angrily rejected opposition allegations: “This is not about voter suppression, nor is it about disenfranchisement. I object strongly to the use of those words to describe what is being done . . . It is simple common sense . . . that people should be able to show who they are at the polling station.”

The pilots provided figures for the number of electors turned away at polling stations for want of the correct identification. Democracy campaigners took these figures, compared them with the number of successful cases of personation and found an alarming contrast. The Electoral Reform Society (ERS) led the charge: “In 2019, there were only 34 allegations of personation fraud at the polling station – of the over 58 million votes cast in all elections that year. There was only one conviction for personation and one caution.” Whereas in pilots that involved a fraction of that number of voters, “over 1,000 did not return to vote after being refused a ballot for not having voter ID”.

Objectors base their arguments on two factors: scale and bias. The government’s own watchdog, the Electoral Commission, published figures in 2015 that appeared to support the objectors’ case on scale: “Approximately 3.5 million electors (7.5 per cent of the electorate) would have none of the forms of photo ID . . . limiting acceptable ID to passports and photographic driving licences would see potentially 11m electors, or 24 per cent of the electorate, without acceptable ID.” The ERS again summed up the objectors’ case, the government was “using a sledgehammer to crack a nut”.

But it was the demographics of all those voters who don’t hold photo ID that raised the spectre of voter suppression. People who don’t have passports or driving licences cannot afford to go on holidays abroad or drive cars. They are poor. Further, the Equality and Human Rights Commission (EHRC) wrote to the government arguing that the voter ID pilots would “have a disproportionate impact on voters with protected characteristics, particularly older people, transgender people, people with disabilities and/or those from ethnic minority communities”.

If older people are put to one side, an observer could be forgiven for equating the EHRC list with traditional Labour voters. The Labour Party argue that the Conservatives have seen the success of what the Republicans have done in the US and are trying to do the same here. Like chlorinated chicken, will this be another unwelcome import from the US?