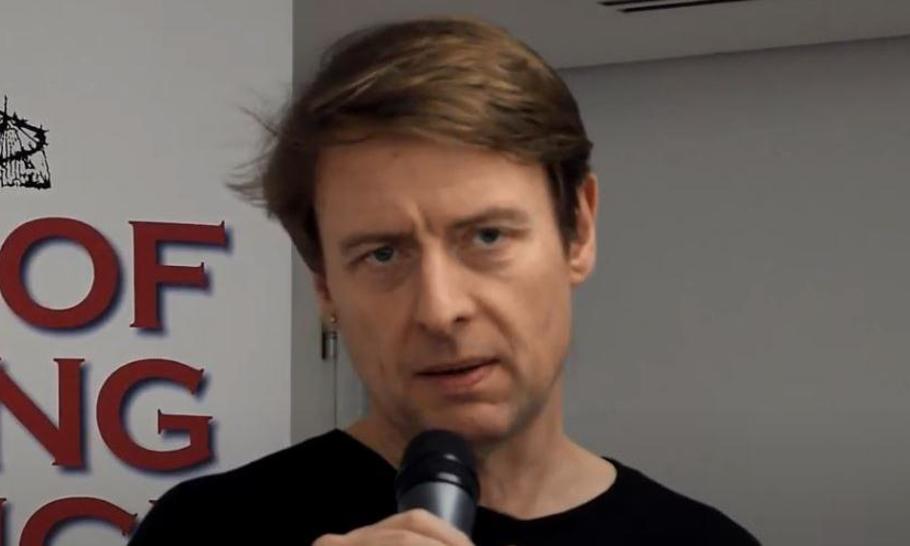 David Baddiel’s new book, Jews Don’t Count, could not have been more timely. Look at some of the recent stories about anti-Semitism and British universities and what is striking is not what’s been said but two kinds of silence. First, the silence from the universities themselves and, second, the silence from our leading TV and radio news programmes.

Take the controversy about David Miller, Professor of Political Sociology  at Bristol University. Last May he was suspended from the Labour Party soon after The Jewish Chronicle revealed that he had said that the Labour leader, Sir Keir Starmer, was “obviously not going to”  conduct “a proper investigation” into a leaked anti-Semitism report because he was “in receipt of money from the Zionist movement”.

Miller said he was suspended because of the “targeted harassment of socialist members” of the Labour Party, people who understand the “racism of Zionism”, which confirmed “the degree of influence that Zionist advocates and lobbyists for Israel have over disciplinary processes and Party policy”.

This month he called for the “end” of Zionism as a “functioning ideology of the world”, after attacking Bristol University’s Jewish Society and the Union of Jewish Students, who had made formal complaints about his conduct. He said, “We will continue to see this drive to stop anyone speaking out against Palestine or having any critical account of Zionism as racism, as settler colonialism…”

The controversy escalated on Friday, as a number of leading organisations wrote to the Vice-Chancellor at Bristol University, complaining about the hostile environment Professor Miller was creating for Jewish students at Bristol. Among those who wrote were The Holocaust Educational Trust (“it is time for Bristol University to take action”), The Jewish Board of Deputies (“Professor Miller’s attacks against the UK’s Jewish community, Jewish communal organisations and Jewish students, which one might charitably describe as completely deranged”) and The All-Party Parliamentary Group Against Anti-Semitism (Miller has “been inciting hatred against Jewish students on your campus”). Thangam Debonnaire, the Labour MP for Bristol West, and the Labour Mayor of Bristol, Marvin Rees, have both voiced support for Jewish students at Bristol.

A number of well-known supporters of Jeremy Corbyn rushed to Miller’s defence, including former MP Chris Williamson, Kerry-Anne Mendoza, editor-in-chief of The Canary, and Malia Bouattia, the former president of the NUS.

If you look up Professor Miller on the Bristol University website under “Our People” there is only one reference to Jews, Zionism or anti-Semitism: a book he co-edited in 2019, Bad News for Labour: Antisemitism, the Party and Public Belief.

The university has so far taken no action against Professor Miller. It issued a statement on Friday saying, “We do not endorse the comments made by Professor Miller about our Jewish students,” but adding that it cannot unilaterally fire a member of its academic staff, citing employment law as the reason.

Leading TV and radio news programmes have not, as far as I know, covered the Miller story, despite the flurry of recent stories about anti-Semitism and British universities, including the interview with Ken Loach at St. Peter’s College, Oxford, which led to an apology from the Master, Professor Judith Buchanan; the decision by SOAS in December to refund a student £15,000 in fees after he said he was forced to abandon his studies because of a “toxic antisemitic environment”; Professor David Feldman’s  attack on the IHRA definition of anti-Semitism; and the vote by UCL’s Academic Board to recommend that its Council find an alternative definition to the IHRA one.

Imagine if Professor Miller had spoken this way about any other ethnic minority in Britain. There would have been a huge outcry and calls for his dismissal, not just from student organisations but from the media, politicians, the great and the good. The Today programme and Newsnight would have thrown open their doors to human rights lawyers, academics and well-known columnists.

Instead, silence. As I wrote to the BBC’s Editorial Director, Kamal Ahmed, on Friday, the worst thing about the absence of any coverage of this on the BBC’s news website, was that it wasn’t surprising. Not that the BBC isn’t interested in Jews and Israel. On Friday, when the Miller story took off on social media, the BBC’s Middle East correspondent, Tom Bateman, attacked Israel for not providing vaccines against Covid-19 to Palestinians in the Occupied Territories, just two days after the BBC had apologised for suggesting that Israel had a responsibility to vaccinate Palestinians under the terms of the Oslo Accords, and two weeks after the BBC’s Arabic Service was accused of “systematic bias” against Israel.

It’s hard to know which is worse. When the BBC doesn’t cover a story about anti-Semitism in our leading universities or when it is forced to apologise for its own bias against Israel.