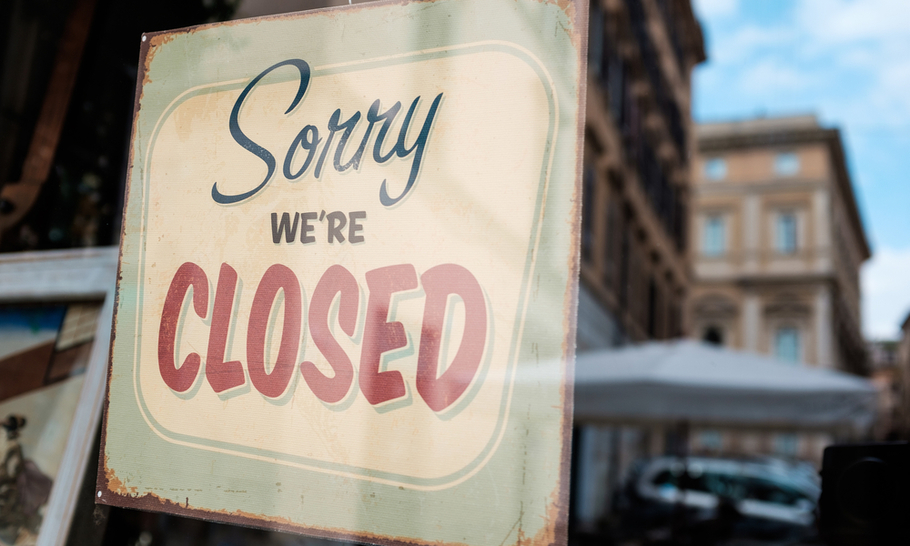 The furlough initiative allows the government to pay people not to work with money it previously confiscated from them in the form of taxation, or with money which is printed and therefore does not exist. It is a barely concealed Ponzi scheme, all of which inevitably collapse – the nature of maths, like the nature of God, being eternal and not susceptible to the whims of politicians. This, however, is not the worst thing about it.

It is fundamentally wrong to prevent a person from working. This is a truth acknowledged within the Catholic tradition. According to Catholic moral teaching we are created by God with innate and inviolable rights. We are able to participate in Him because we are endowed with reason and conscience (the latter being what St Cardinal John Henry called “the aboriginal vicar of Christ in the soul”). And we are constituted in such a way as to always seek the good. The primary good being life.

And it is because life is the primary good that the Government’s attempts to minimise Covid-19 deaths, apparently at all costs, is morally questionable. Restrictions which flow from a calculus of mortality, insistences that we should live long rather than live deep, carry with them the danger that they devolve into assaults on our God-gifted dignity. A relatively recent Papal Encyclical (1891 – in the Catholic tradition doctrine evolves at a glacial pace) makes the point:

“The preservation of life is the bounded duty of one and all, and to be wanting therein is a crime. It necessarily follows that each one has a natural right to procure what is required in order to live, and the poor can procure that in no other way than by what they can earn through their work” – Rerum Novarum.

The contrast between life and work is a false one. The two are commingled. It is because life is a primary good that work is a natural right. And when a government intervenes to prevent the exercise of a natural right it acts immorally.

Furthermore, the government’s distinction between work that is essential and work that is not is fallacious, a point which is implicitly made within the canonical gospels. Jesus was an artisan, Peter a fisherman, Matthew a tax collector. All work is essential because all work is an expression of the creative essence of the worker. The collective name for that energy is “economy”. The preservation of the economy is intimately connected to the preservation of life.

It is, therefore, a form of evil to stop someone from working. Does it follow that there are no circumstances in which that evil can be justified? No. Sometimes the needs of the common good require the imposition of temporary wrongs. The question is, does that in extremis derogation apply in our current, awful, situation?

I’ll grant for the purposes of this piece that the Government’s current Covid-19 strategy is based on a laudable desire to control a disease, rather than a worrying and deepening addiction to authoritarianism. I’ll suspend my scepticism over the appropriateness and efficacy of PCR testing (and my outrage that this violation is about to be inflicted on our children in schools). I’ll even grit my teeth and temporarily curb my disgust at the “protocols” surrounding “Covid-19” death certification. I’ll even accept that in the end it may turn out that lockdown saves more lives than it takes.

And I’ll certainly not dispute that this is a real, nasty, debilitating and highly transmissible virus.

I can concede all of that and still suggest that lockdowns have no moral justification. Why? Because “lockdown” is a metonym which covers myriad intrinsically immoral intrusions into the exercise of our natural rights, including the right to provide for yourself and your family. And those interventions are being “justified” on the basis of balance of risk, at the expense of burden of proof.

Lockdowns exist moment by moment and therefore need a moment-by-moment justification. And it is up to those who impose them to meet the burden of proof needed to warrant their uninterrupted assaults upon the dignity of the human soul. It is not good enough to throw up slides which demonstrate that they save lives. To do so is to be ensnared by what Kant called the “serpent windings of utilitarianism”, an impoverished moral system which seeks to minimise harm, but which lacks the resources to explain what “harm” is. The harm that lockdowns cause – including to those who impose them – is not quantifiable, because offences against the dignity of the person cannot be put onto a spreadsheet.

I no longer know what is meant when people insist that lockdowns “work”. But I’m sure that the following is a logically available position: that they work but that they are nevertheless morally offensive. It is a failure to recognise this distinction that has led to the transformation of the exceptional measures of March into the default strategy of January.

So yes, the furlough scheme is immoral. It is wrong to bribe people out of the habit of work. At times, the government has praised itself for this initiative. I don’t know why. It’s a bit like a kidnapper expecting gratitude from his captive for feeding him scraps bought with the prisoner’s own money.

Lockdown consists of a collection of tyrannies, the assault on the right to work being just one of them. It is up to government to prove its effectiveness beyond reasonable doubt. It is hard to conclude that the proof has so far been forthcoming.