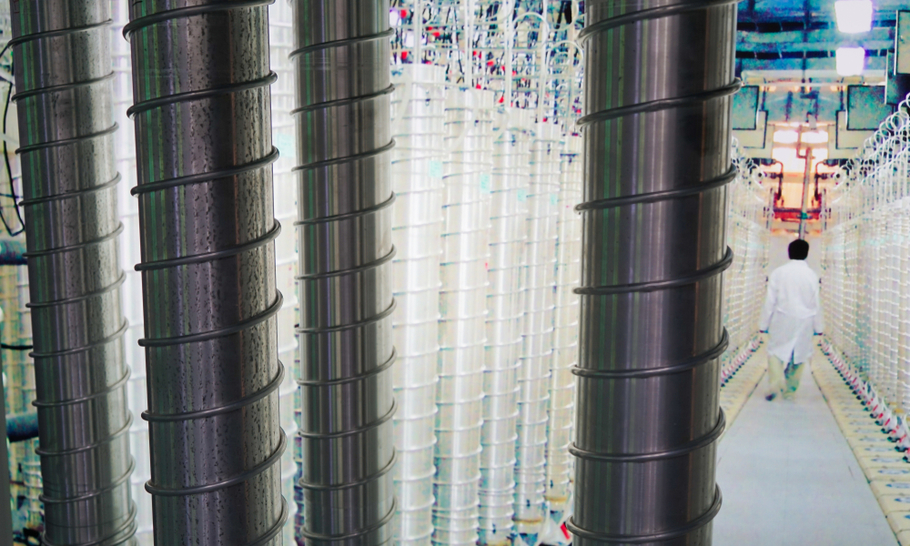 No, Iran has not restarted its nuclear weapons programme. Commentators such as the New York Times columnist Thomas Friedman blithely assume so, based on Iran’s decision on 5 January to retreat from the enrichment limits in the 2015 nuclear deal, known as the Joint Comprehensive Plan of Action (JCPOA). Others wrongly conclude that Tehran has abandoned the deal. Yet Iran is still keeping a foot in the accord, abiding by the crucial inspection requirements, while insisting it will resume full compliance if the US resumes its JCPOA obligations to loosen sanctions.

What Iran has done is advance the timeline toward a nuclear weapons capability in line with its nuclear hedging strategy. How much so is a matter of conjecture among experts. Some say that if Iran decided to make an all-out dash for a bomb, and experienced no hiccups along the way — what its adversaries call a worst-case scenario — Iran could produce a bomb’s worth of highly enriched uranium (HEU) in as little as 4-5 months. But such assessments of the so-called break-out period are based on uncertain data and questionable assumptions.

The Israeli Defense Force (IDF), which presumably has a clearer window into Iran’s program, assesses that Iran will be able to produce enough HEU by the end of the year and to assemble a weapon in less than two years. Alarming as this might sound, it is not significantly different than when the JCPOA went into effect in 2016. And it is a much better situation than when negotiations began in 2013, at which point the break-out period was judged to be only a couple of months. The IDF also assesses that Iran is currently not interested in developing an atomic bomb as quickly as possible.

A key goal of Iran’s negotiating partners was to extend the break-out period to at least a year. The deal succeeded in doing so by eliminating 98 per cent of Iran’s stockpile of low-enriched uranium, all of its stockpile of 20 per cent enriched uranium, which is just below the threshold of being weapons-usable, and two-thirds of the centrifuges that do the enriching. Before those cuts, Iran’s stockpile was enough for up to ten weapons, if further enriched. Afterwards, it had less than a quarter of the feed stock for one bomb

Now that Iran has removed restrictions, the stockpile of low-enriched uranium is growing, centrifuges are being reinstalled and more efficient centrifuges are being developed at a faster pace. We will know by how much each of these steps has advanced when the International Atomic Energy Agency (IAEA) releases its next quarterly report in the latter half of February. The enriched uranium feedstock will still be less than a bomb’s worth, but the pace of acceleration will be concerning.

One question is whether Iran will resume 20 per cent enrichment, a level it first reached ten years ago, in an escalating stand-off with western states which were imposing ever-more biting sanctions. Today, Iran can again use the 20 per cent step as a bargaining chip in efforts to forestall the re-imposition of UN sanctions.

Do not be spooked by the alarmist assessments that will surely follow when the next IAEA report comes out. Remember that worst-case assumptions assume that Iran would be able to get everything right the first time it attempts the tricky task of producing weapons-grade uranium without it exploding prematurely, and that assembling a warhead small enough to fit in the nosecone of Iran’s missiles would go like clockwork. Remember, too, that Iran would be suicidal to try to rush to produce HEU at sites that are intrusively monitored.

If Iran were to go for broke for a nuclear weapon, it would almost certainly try to do so not at an inspected facility but one that is secret. The stockpile numbers are thus less important than the knowledge Iran acquires in order potentially to produce undeclared HEU. But the JCPOA also has provisions for access to undeclared sites. Keeping the inspection provisions of the JCPOA in place is the best guarantee against such foolhardiness.

Determined to keep the JCPOA alive, the European partners to the JCPOA have worked on several fronts: attempting mediation between Iran and the US, setting up a channel for transactions protected from sanctions, and, most recently initiating a dispute resolution mechanism in response to Iran’s retreat from restrictions. France, Germany and the UK (the ‘E3’) took this latest step reluctantly, and apparently under US pressure. Because they control the pace of the mechanism, it will not automatically result in snapback UN sanctions, as long as Iran does not take further provocative steps, such as enriching to 20 per cent. Keeping Iran’s nuclear program to a hedge, and not over the edge, will require astute diplomacy.