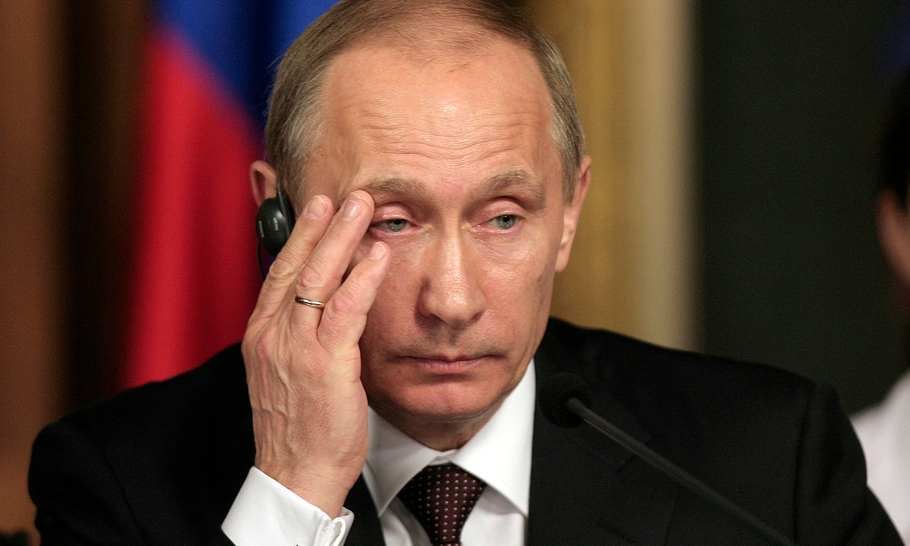 Vladimir Putin is a black belt in judo. In a YouTube interview with William Hague, conducted by the President of Magdalen, Dinah Rose, the former Foreign Secretary told alumni that at the 2012 London Olympics he had been given the job of looking after the Russian President because he, too, enjoys judo. Lord Hague himself is a mere blue belt, but the two men were able to discuss the martial art while watching Russia win a gold medal. In judo, the aim is to throw your opponent. If the attempt fails, the aggressor may end up on the floor too, wrestling to gain an advantage by means of “groundwork”. That, Lord Hague explained, was what had befallen the Russians in Ukraine.

In the battles now raging across eastern and southern Ukraine, it is hard to be sure what is really happening, let alone who is winning. In “the fog of war”, a much-used phrase that derives from Clausewitz himself, much goes unnoticed by spectators. We know that the Russian Donbas offensive, with reinforcements drawn mainly from the remotest regions of Siberia, is making slow progress, hampered by seasonal rains. Meanwhile the Ukrainians, more used to the mud, are also mounting counter-attacks, most recently near Kharkiv. Neither army looks likely to make a decisive advance any time soon.

Time, however, is not on Putin’s side. He must have something impressive to announce at the May 9 Victory Day parade in Moscow. The Defence Secretary, Ben Wallace, has speculated that Putin could declare a “mass mobilisation”, escalating his “special operation” into a “war with the world’s Nazis”. This week the Kremlin categorically denied this, but the likelihood is that only Putin knows what he is planning.

The storming of the Azovstal steelworks-turned-fortress may enable the Russians to claim that, after a siege lasting more than two months, they have finally taken what is left of Mariupol. A grotesque parade, perhaps forcing emaciated and brutalised prisoners to march through the streets, is also said to be planned, just as Stalin displayed columns of captured Germans in the Great Patriotic War. Amid the burnt-out ruins of what was once a city of half a million people, the Russians can celebrate this Pyrrhic victory. But who, other than the dictator’s most fanatical followers, will be impressed by such a spectacle? Putin’s triumph is as empty as his threats.

Nothing demonstrates this more clearly than the decision by Finland and Sweden to end their long-standing neutrality by joining NATO. Though the fast-tracking of the Scandinavians may be galling for Ukrainians, it represents a strategic defeat for Russia of historic proportions. Other vulnerable states, such as Georgia and Moldova, may join the queue. If the aim of the invasion of Ukraine was to intimidate the neighbours (and members) of the Russian Federation, it has utterly failed.

The most that can be said with any certainty at this point is that even at home, Putin no longer enjoys the nimbus of invincibility that was carefully cultivated by his propaganda machine. The catastrophe he has visited upon Ukraine is now threatening to engulf his own regime. Russians are watching aghast as one humiliation follows another: the retreat from Kyiv, the sinking of the Moskva and now the failure to break through in Donbas. The President may not care about the young soldiers left dead or missing on the battlefield, now estimated at 25,000 by the usually accurate Ukrainian military. But their families assuredly do.

Meanwhile the noose is tightening on Russia. Western sanctions grow ever tougher, with the EU now imposing an embargo on Russian oil. Even spiritual leaders are no longer exempt from sanctions: Kyrill, the Patriarch of Moscow, is now being targeted as one of the Kremlin’s most odious toadies. Pope Francis may not be the only significant figure to voice criticism of NATO, but he is almost alone in wanting to visit Moscow to listen to Putin’s tirades. Others prefer to make the pilgrimage to Kyiv, where the Orthodox Church has broken with Moscow. Even Lukashenko, Putin’s ally in Belarus, is offering only verbal support. Russian isolation is anything but splendid.

It is getting lonely in the Kremlin. The Chief of Staff, General Gerasimov, dispatched last month to take charge the front, is reported to have been wounded in a devastatingly accurate missile strike on the Russian command HQ that killed dozens of other senior officers. Nine generals are known to have died so far in this war. A purge of unreliable army and intelligence officers is under way. The siloviki, or strongmen, of the Russian elite are rumoured to be considering a coup. Putin himself is clearly unwell, probably suffering from at least one cancer and perhaps also Parkinson’s Disease. According to an anonymous Kremlin insider, he is due to have an unspecified medical operation, soon after the parade on May 9. We should not be surprised if events in Moscow suddenly accelerate behind the scenes later this month. Slowly but surely, Putin is losing his grip on power. Even black belts have been known to take a tumble.