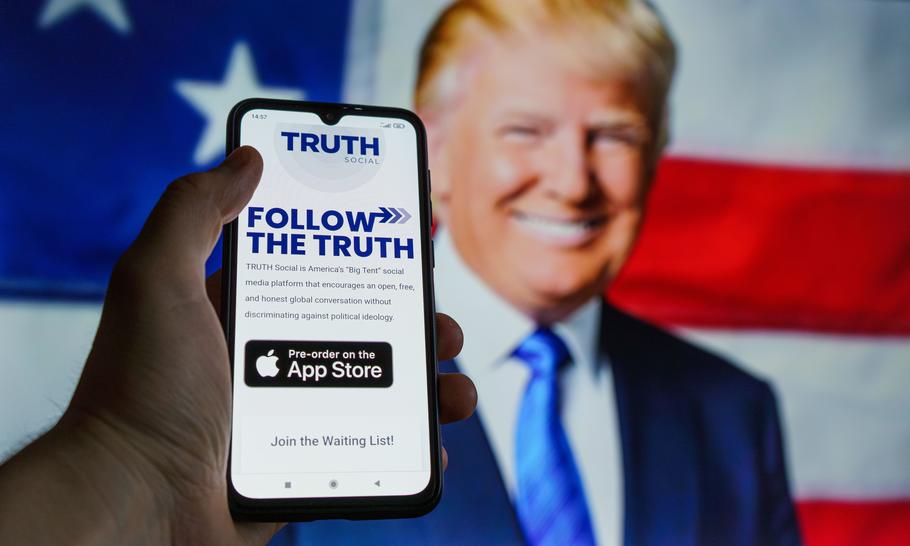 Liberal America welcomed the inauguration of Joe Biden more with relief than expectation. A clear threat to America’s existence as a democratic republic, and I don’t choose those words lightly, had been rebuffed. Trump’s attempt, albeit a highly incompetent one, to reverse a democratic election result had failed. Perhaps American exceptionalism still counted for something, and the country’s flirtation with authoritarian demagoguery was over.

It hasn’t taken long for such comforting delusions to be debased. The Republicans, now the Trump party in all but name, are on the march against a weak and unpopular President. Just this week they exploited cultural war issues to seize the governorship of Virginia, a state Biden won by 10 points in 2020. The Republicans even came within a whisker of dethroning Phil Murphy, governor of the Democratic stronghold of New Jersey.

Whilst they share the same name, the Republicans are no longer the same party they were a decade ago, or even in the early Trump years. The storming of Congress, on January 6, proved a Rubicon moment for their attitude to democracy. Alas, the party didn’t so much cross the river as pole-vault over it.

Briefly, we saw glimmers of hope. Mitch McConnell, the Republican Senate leader, explicitly blamed Trump for the Capital Hill violence. Ten House Republicans crossed the floor to back impeaching the president for “incitement of insurrection”. For the briefest of moments, it looked the like old conservative elite, who surrendered the GOP to Trump in 2016, was finally fighting back.

But it proved a false dawn. All ten Republican impeachment rebels either look set to face a Trumpist primary challenge, or have already announced their intention to retire. At all levels of the party Republicans who openly challenge Trump’s big lie, of a rigged 2020 election, are being purged. McConnell, more windsock than statesman, has fallen back into line. In May he torpedoed plans for a “9/11 style” Congressional commission into the Capital Hill attack.

Key to Trump’s strength is his popularity amongst the Republican grassroots, which remains rock solid. A recent Politico poll found 67 per cent of Republican voters want him to run again as president, with his support far outstripping that of possible rivals like Mike Pence and Ron DeSantis. Some 60 per cent of GOP voters, having brought into Trump’s delusions, say the 2020 election result should either “probably” or “definitely” be invalidated.

Trump’s electoral fraud claims are providing the kindling for openly anti-democratic ideas on the American right. Liberty Hangout, a political start-up with boasts 629,000 YouTube subscribers, was founded as a “libertarian media outlet” in 2013. But over time, as America’s political climate grew darker, it’s politics changed. On January 6, insurrection day, it’s official Twitter account urged Donald Trump to “declare himself a king”, adding “democracy has failed us”. Three months later they simply tweeted “If you like democracy you’re a loser”.

In 2020 the Republicans ran Loren Culp, a man who claimed the founding fathers “hated democracy” because “democracy is a step towards socialism, which is a step towards communism”, as Washington state governor. Defeated, he is now preparing a primary challenge against one of the few Republicans who voted to impeach Trump.

One of America’s most popular cable news shows is Tucker Carlson Tonight, broadcast by Fox News. In August, Carlson, who provides Trumpist politics with a veneer of competence and intellectualism, travelled to Budapest to pay homage at the court of Viktor Orban. After a fawning one-on-one interview, Carlson saluted Orban as the only world leader who “publicly identifies as a western style conservative”. The Hungarian prime minister’s ruthless assault on independent media, which saw him labelled a “press freedom predator” by Reporters Without Borders, went strangely unmentioned. The American right isn’t so much flirting with autocracy, as clambering into bed with it.

Trump’s smartest advocates know he made big mistakes during the 2016-2020 presidency. As Steve Bannon, Trump’s former chief strategist, argues on his “The War Room” podcast, the movement empowered far too many traditional conservatives. When push came to shove, as it did in November 2020, their loyalty to American democracy proved greater than their fealty to Trump. Bannon, who has come to see virtually any Democratic electoral victory as illegitimate, is determined to stop this error being repeated. He has vowed to provide Trump with 20,000 political “shock troops”, so he can “control this country”.

In 2016 anti-Trump conservatives could argue, with some conviction, that their party had been hijacked by the Trumpist movement. But no longer. In 2021 the Republican Party is Trump, and Trump is the Republican Party. There is no longer any meaningful distinction between the two. Trump is already on the campaign trail and, barring a medical emergency, will almost certainly be the Republican presidential nominee in 2024.

There are still many, after all that has happened, who underplay the threat from Trump. He may be a uniquely American despot, as much Ronald McDonald as Francisco Franco, but that scarcely makes him any less dangerous. If Trump’s effort to overturn the 2020 election result had succeeded, America would no longer be a democratic republic. Far from turning on Trump, the Republican Party looks set to give him a second roll of the dice. History may remember the January 6 insurrection not as a unique debacle, but as a dress rehearsal for something even worse.