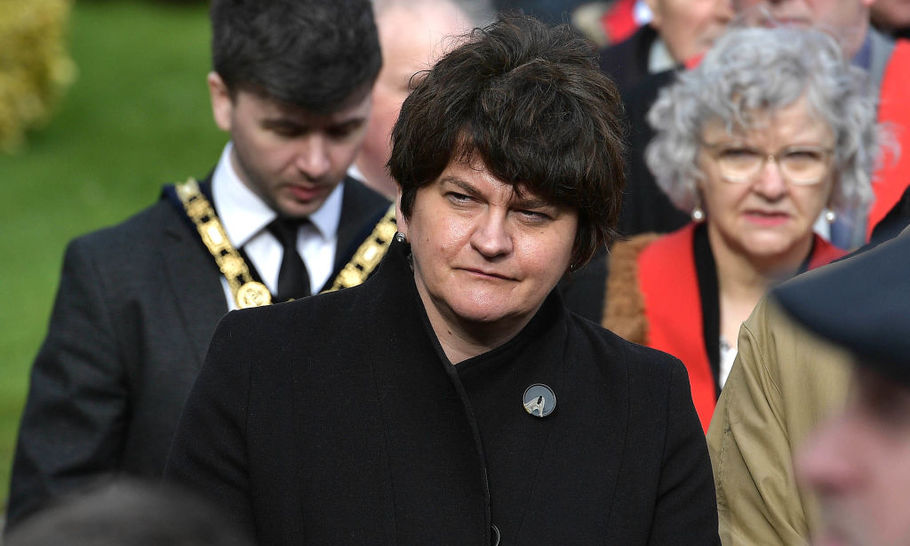 Last week, the Stormont Assembly passed a controversial bill that could eventually spell the end of Arlene Foster’s leadership of the DUP. The party is known for its strict discipline, but on Tuesday, eleven of its MLAs launched an unlikely rebellion during a vote on procedural legislation.

It had appeared that the passage of the Executive (Committee) Functions Bill through the assembly would be routine and dull, until Richard Bullick, a former special adviser to the first minister and key DUP strategist, alleged that it would have far reaching consequences that he suspected Foster did not understand.

Ostensibly, the bill was supposed to be about making everyday decision-making easier, particularly when it came to planning.

Back in 2018, when Stormont was suspended, the high court blocked approval for a controversial waste incinerator, on the basis that the decision must be taken by a minister rather than a civil servant. In the absence of devolution, and with the Westminster government refusing to restore direct-rule, that put in doubt officials’ authority to keep Northern Ireland running from day to day.

When the judgement was appealed, the court went further, ruling that such a significant and controversial decision had to be taken by the power-sharing executive as a whole. The judges argued that ministers’ collective involvement was particularly important in this case, because the incinerator would “cross cut” issues of interest to the department of agriculture.

According to Arlene Foster and the Executive Office, the new bill is designed to clarify the grounds on which decisions have to be discussed by the executive, ensuring that most planning disputes can be dealt with by the department of infrastructure. Other “non-controversial” matters remain within the remit of the appropriate departments.

In contrast, Bullick argues that it dismantles safeguards that previously prevented ministers going on “solo runs”. He believes it rolls back constraints that the DUP negotiated as part of the St Andrews Agreement in 2007, when it agreed to operate the devolved institutions alongside Sinn Fein, having previously opposed power-sharing.

Back then, the party was prepared to curtail its own ministers’ autonomy, in order to make sure that Sinn Fein couldn’t operate outside the collective responsibility of the executive. They’d been shaken by previous examples of republicans acting unilaterally on controversial issues, against the protests of unionists.

One prominent example took place in 2002, as another political crisis engulfed Northern Ireland, when the education minister, Martin McGuinness, abolished the Eleven Plus exam on the final day of the Assembly. Power-sharing was collapsing because Sinn Fein officials had been arrested for running an IRA spy ring at Stormont. The decision and its timing was a deliberate insult to unionists who’d been asked to accept that a former terrorist commander would be in charge of their children’s education.

Against that historical backdrop and with the tension between Sinn Fein and the rest of the executive parties currently high, Mr Bullick’s insistence that the Executive Functions Bill will have an impact far beyond planning decisions alarmed DUP MLAs and their unionist rivals. Mrs Foster and her allies argued that any three ministers could still “call in” departmental decisions to the executive, preserving the DUP’s power to veto controversial policies, but she failed to show that this convention was backed up by legislation.

Three of the party’s elder statesmen, Sammy Wilson MP, Sir Jeffrey Donaldson MP and Nigel Dodds, former deputy leader, asked her to pause to consider the likely consequences of the legislation, but she refused. Indeed, the first minister chose not to attend the Assembly last Tuesday, as the bill passed its final vote.

The Ulster Unionists tabled amendments that they claimed would address the problems with the legislation, but they were defeated. All non-DUP unionist MLAs voted against the bill, while eleven DUP MLAs, many of them in the party’s younger, more liberal wing, “actively abstained” by visiting both lobbies.

When you discount the DUP ministers and whips who were bound to vote for the legislation, that meant more than half its Assembly party rebelled. Pointedly, they were persuaded to take such drastic, uncharacteristic action by an argument that directly called into question Arlene Foster’s understanding, judgement and attention to detail.

It’s possible that the vote will remain an embarrassing episode that took place during a pandemic, when the first minister’s attention was understandably focused elsewhere. Then again, Mrs Foster’s reputation has already been damaged by the RHI renewable heating scandal, perceived concessions to Sinn Fein aimed at restoring Stormont and the ongoing debacle of the Northern Ireland Protocol, agreed by a Tory government, propped up by her party.

Worse than the cock up theory, is the insinuation that Foster’s decision to loosen the constraints of collective responsibility may have been deliberate. The Belfast News Letter’s political editor, Sam McBride, wrote a column on Saturday suggesting that figures in the DUP quite deliberately drove the legislation, knowing what its consequences were likely to be.

Either way, if (when?) an executive minister makes a controversial, unilateral decision following the enactment of the bill, and unionists are powerless to stop it, then it could mean the end of Arlene Foster as leader of the DUP.