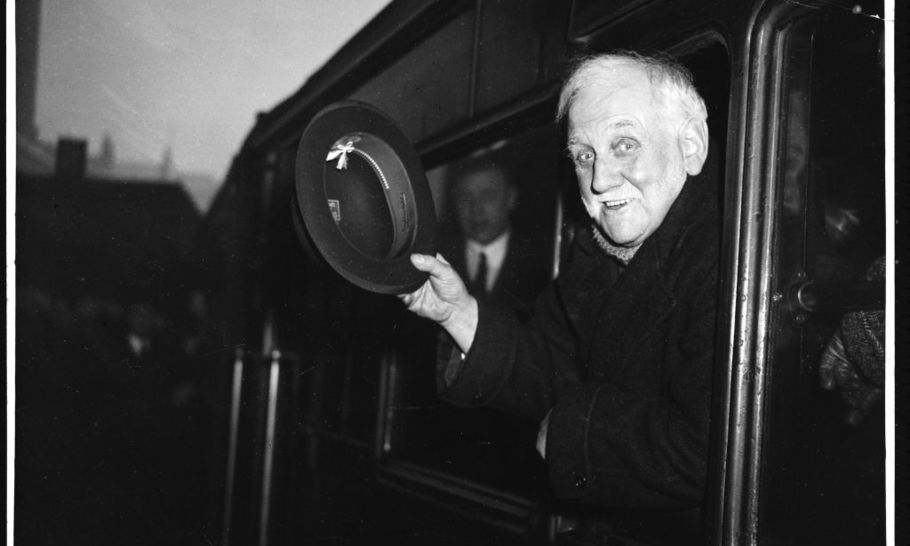 When Jeremy Corbyn was elected Labour leader in September 2015, party moderates were incensed. But they also retained a good deal of hope. Corbyn’s tenure as leader would surely be brief, before a brutal collision with either the electorate or his own backbenchers. Corbynism, they were convinced, was a radical departure from the moderate social-democratic history of the Labour Party. It could not, and would not, last.

In this they were mistaken. The politics of Jeremy Corbyn has deep roots within Labour. In particular under the leadership of George Lansbury, a deeply religious pacifist with a soft spot for tyrants, a kind of proto-Corbynism dominated the party from 1932-5. This helps explain why, after four years of leadership, Labour centrists still found Corbyn impossible to shift.

Lansbury has been largely forgotten by history which is a far kinder fate than he deserves. His policies, admittedly well intentioned, caused enormous harm to the people he was elected to represent. Lansbury, after a brief flirtation with liberalism, cut his teeth politically in the Marxist Social Democratic Federation, standing for Parliament three times under its banner. After shifting across to the Labour Party, in 1903, and winning election to Parliament he helped found and edit the Daily Herald newspaper, a ferociously left-wing and Bolshevik sympathetic publication launched in 1912. By one of those strange quirks of history the newspapers successor is still running, in a greatly altered form, as the Sun.

As a pacifist Lansbury was fiercely opposed to British involvement in WWI, and welcomed both the February and October Russian revolutions as a chance to end the conflict and implement socialism. In 1920 Lansbury travelled to Russia, in his own words, “as a socialist, to see what socialist revolution looks like”. Meeting senior Bolsheviks, he certainly wasn’t disappointed, and went on to write a sycophantic book about his trip, What I saw in Russia.

Despite his professed pacifism, Lansbury was greatly impressed by Lenin, already by this point a brutal dictator with a higher body count in three years than most Tsar’s achieved in their lifetimes. Lansbury chose to excuse, or at least ignore, this instead praised Lenin’s “wholehearted enthusiasm and devotion to the cause of humanity”. This would not, alas, be the last dictator whose virtues he would extoll.

Lansbury missed out on a job in the brief Labour government of 1924, in part because the party leadership believed his newspaper had received Bolshevik funding, but he did receive a junior post in the Labour administration of 1929-31. He remained very much a fringe figure, associated with marginal causes like letting communist groups formally affiliate to Labour, and spent most of his time administering Royal Parks. It wasn’t until 1931, when Labour Prime Minister Ramsay MacDonald split the party by forming a pro-austerity National Government with Tory and Liberal MPs to deal with the aftermath of the Wall Street Crash, that Lansbury became a significant figure.

In the end Lansbury, like Corbyn, became Labour leader almost by accident. Virtually every other notable party figure had either joined the National Government, or been removed from Parliament by the 1931 general election. In 1932 Lansbury took the crown as the last prominent Labour MP standing.

For the pacifist Lansbury the timing of his leadership could scarcely have been worst. His reign overlapped with the Nazis achieving power in Germany and beginning a massive rearmament programme, while Italy’s fascist regime launched an invasion of Ethiopia that revealed the League of Nations to be a toothless farce.

Against this backdrop, incredibly, Lansbury advocated the complete abolition of the British armed forces. In a 1933 note sent to coincide with a Fulham East by-election, he wrote: “I would close every recruiting station, disband the army and disband the air force. I would abolish the whole dreaded equipment of war and say ‘do your worst’.” Labour successfully won the Fulham East poll on a pacifist platform. Lansbury’s success put tremendous pressure on the Governments, first of MacDonald and then of Stanley Baldwin, not to rearm in the face of the Nazi threat. Appeasement is usually attributed, with some fairness, to Baldwin and Chamberlain but the prominent role of Labour and Lansbury has been largely written out of history.

Lansbury finally collided with reality in 1935, following the Italian invasion of Ethiopia, triggering the more sensible sections of his party to act. Following the invasion, Lansbury fiercely opposed sanctions against Italy, believing they were a form of economic warfare. Ernest Bevin, the future foreign secretary, used Labour’s annual conference in Brighton to accuse Lansbury of “hawking your conscious around from body to body asking to be told what to do with it”. After the conference rejected his pacifist position Lansbury resigned as leader.

Had this been the end of Lansbury’s career it would have been a poor record, but worse was to follow. Towards the end of 1935 he co-founded the Peace Pledge Union, a pacifist group opposed to any preparations for war, and shortly after, became its president. Lansbury began touring the globe, meeting world leaders in a bid to avoid war. In 1937 this led him to meet Hitler for two and a half hours. To say Lansbury was a poor judge of character would be an understatement. Following the meeting he commented: “Hitler treated the interview very seriously. I think he really wants peace.”

Alas Lansbury didn’t just misinterpret Hitler, he seems to have started to genuinely admire him. The former Labour leader opinioned “I think history will record Herr Hitler as one of the great men of our time. He appeared to me a man free of personal ambition, not at all ashamed by his humble start in life, simple in his mode of living”. Like so many in our own time Lansbury confused personal frugality with moral decency. Of the Nazi dictator he added “I am told he had no love of pomp or show, is a total abstainer, non-smoker, vegetarian and lives in the country… he is a bachelor and likes children and old people”.

As the same time the PPU started becoming increasingly troublesome. Its opposition to rearmament in the face of Nazi militarism won the approval of Britain’s fascist movement, and the group was infiltrated by both the British Union of Fascists (BUF) and Nordic League.

In time, in a mirror image of the supposedly anti-war movements of our own day, the PPU began apologising for the totalitarian regimes with which it sought to avert conflict. Referring to the group’s newspaper, Rose Macaulay, a PPU activist, commented “occasionally when reading Peace News I and others half think we have got hold of The Blackshirt [BUF publication] by mistake”. Historian Mark Gilbert agreed, writing “it is hard to think of a British newspaper that was so consistently an apologist for Nazi Germany as Peace News,” adding that the paper “regularly went to extraordinary lengths to present the German case before British public opinion”.

Our culture has conditioned us to look positively on advocates of peace and pacifism, even if we personally reject them, generally with good reason. But it is also the case that, both in the 1930s and the present period, pacifist movements have been used as cover by fascists, communists and the advocates of theocratic fundamentalism.

The leadership of Lansbury indicates Labour has always contained the tendencies that became dominant under Corbyn, namely a pseudo-pacifism and sympathy with totalitarian regimes that identify as anti-western. The only real distinction is that, while Lansbury and his circle merely apologised for the barbarity of anti-western regimes, senior Corbynites have at times given every impression of revelling in it. If Labour moderates want to reclaim what has been, for most of its history, their party, they should start by at least recognising the more ugly aspects of its past.