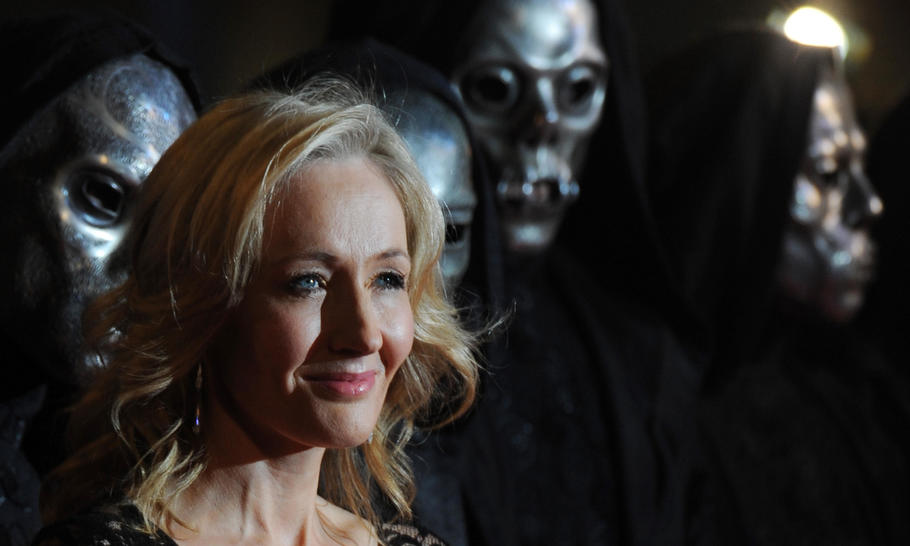 A day rarely passes without someone accusing J.K. Rowling of something. Her success is so great, her fundamental decency so transparently obvious, the popularity of her stories among children so universal, that she has become an irresistible target for the envious, the odious and the obtuse.

Famously, Ms Rowling has refused to apologise for being a feminist, including her staunch belief that “if sex isn’t real, the lived reality of women globally is erased”. For this, she has been disowned by countless self-appointed guardians of wokery, including some of the film stars and corporate grandees who have benefited from her books. Under such an onslaught, only the strongest of women would have stood her ground.

Now, however, she has come under attack from another, more unexpected quarter. An American chat-show host, Jon Stewart, appeared to speculate that characters in the Harry Potter movies might draw on anti-Semitic tropes. In what he now says was a “light-hearted” comment on a podcast, Stewart said that the goblins who run Gringotts bank in Ms Rowling’s fantasy world suggested to him an allusion to The Protocols of the Elders of Zion, the notorious anti-Semitic forgery first published in 1903.

In the podcast last month, Stewart — who is Jewish — reportedly said: “It’s a wizarding world… we can ride dragons, you can have a pet owl… but who should run the bank? Jews.” He questioned why Ms Rowling decided to “throw Jews in there to run the f***ing underground bank”.

J.K. Rowling herself has wisely refused to respond to Stewart’s insulting insinuation, but it has inevitably both given ammunition to her enemies and provoked a backlash from her admirers. Now Stewart has issued a categorical denial that he ever intended to accuse Ms Rowling of creating caricatures of Jews in the form of goblins. “I do not think J.K. Rowling is anti-Semitic. I do not think the Harry Potter movies are anti-Semitic. I really love the Harry Potter movies, probably too much for a gentleman of my considerable age.”

In Britain, where few have heard of Stewart and even fewer care about him, his mischievous, contradictory comments have been greeted with bewilderment. One leading expert on anti-semitism, Dave Rich of the Community Security Trust, a charity which guards synagogues, schools and other Jewish institutions, has defended the author: “J.K. Rowling has been a good friend of the Jewish community in recent years…Sometimes a goblin is just a goblin.”

Others, such as the Jewish comedian David Baddiel, have explained that the goblins in Harry Potter “need to be seen not in a simplistic #teamRowling vs #antiteamRowling way but in a many-centuries long, deeply subconsciously embedded cultural context.” Baddiel is also the author of Jews Don’t Count, a powerful polemic against Left-wing anti-Semitism, so he is hypersensitive to those who turn a blind eye to anti-Jewish stereotypes.

This pseudo-controversy may tell us more about the confusion and ignorance of minor American celebrities than it does about anti-Semitism in literature. One cultural difference between the US and the UK is that the word “goblin” seems to have an anti-Semitic connotation in American discourse that is absent here. Only this week Douglas Murray and the American journalist Bari Weiss criticised a conservative academic, Pedro L. Gonzalez, for denouncing two Jewish liberals, David Rothschild and Ari Cohn, on Twitter, using anti-Semitic language.

Gonzalez posted pictures of them with these captions: “That Rothschild physiognomy is pure nightmare fuel.” Of Cohen, he wrote: “Oh look another cursed goblin physiognomy.” Gonzalez has denied any anti-Semitic intention, but it is striking that he resorted to the word “goblin” to describe his Jewish adversaries. Murray writes: “I think we can say that in these recent communiqués, Mr Gonzalez is sincerely enjoying playing with anti-Semitism.” This kind of malicious usage has nothing at all to do with the innocence of Harry Potter’s magical world, where the goblins are not villains and the villains are not goblins.

There is, then, a discussion to be had about the use of archaic symbolism by modern anti-Semites. Nobody has seriously suggested that J.R.R. Tolkien, to whom Ms Rowling is undoubtedly indebted, was using anti-Semitic stereotypes in his fantasy novels. But Richard Wagner, who was an outspoken and influential anti-Semite, is another matter. The scholarly debate over whether or not Wagner’s music dramas are marred by the composer’s views will probably never end, but the artistic consensus on their greatness has so far resisted the cancel culture.

Though they are still frowned on in Israel, Wagner’s works have always been performed by Jewish singers, conductors and musicians, appreciated by Jewish audiences and reinterpreted by Jewish critics and producers. If they are all capable of distinguishing between the man and his music, then accusations of anti-Semitism against authors who are entirely blameless, such as J.K. Rowling, should be treated with the contempt they deserve. Jon Stewart should not merely distance himself from such accusations, but apologise to Ms Rowling for smearing her reputation — however inadvertently he may have done so.