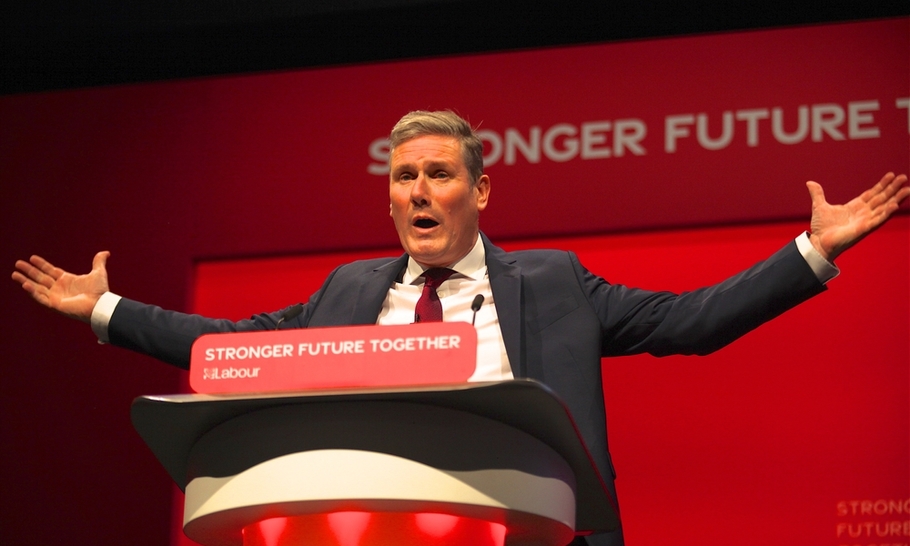 Split political parties do not win elections. In 1931, Labour split over how to manage the Great Depression, and only returned to power due to a world war. Otherwise Labour under Clement Attlee was set to lose the 1940 General Election, albeit by a smaller margin than the party’s 1935 defeat. He would have joined the over-a-dozen Labour leaders in the 20th century who never became Prime Minister. By contrast, every single Conservative Party leader between Austen Chamberlain and William Hague got the top job.

It was Tony Blair who broke this sequence, and Labour has never forgiven him for doing so. Labour splits in the 1950s contributed to a defeat in the 1959 election, even in the shadow of national humiliation over Suez under a Conservative government. In the 1980s, Tony Benn’s attempt to shoehorn Marxism into party policy under the guise of party democratisation helped Margaret Thatcher win three successive victories and facilitated a fourth under John Major.

So Labour under Sir Keir Starmer MP KC is pulling out the stops not to appear as though there is a civil war in the party. And yet there is such a war going on right now. It is just being poorly reported. Part of the reason is that there is no actual confrontation going on. Sir Keir seems to have decided that despite the Corbynists leading Labour to a definitive disaster, there will not be any explicit purge. His approach appears to be to alienate the extremists so far that they are emasculated or simply quit.

There are numerous examples of this alienation. Sir Keir ran in 2020 on a platform of continuity Corbynism that was more credible that Rebecca Long Bailey’s. He had ten pledges that he made to Labour’s membership, and he has abandoned all of them. While not repudiating them in detail, Sir Keir has made a broad statement that the dislocation caused first by the pandemic and then by the consequences of Russia making war in Ukraine means that this is not the time for “transformative” policy. This has led to accusations of betrayal and some resignations of rank-and-file members, including high-profile ones by some of the staff of the hard-left Novara Media organisation, who were Corbyn’s showiest cheerleaders .

Labour under Sir Keir has also run a Future Candidates Programme for prospective MPs. A party spokesman stated that Labour “aren’t insulting voters with piss poor candidates anymore”. The effect of this policy has been to marginalise anyone from the hard Left, including councillors, ex-staffers and Bernie Grant Leadership Programme graduates, none of whom managed to pass muster. While party members who align themselves with Corbyn and are supportive of extremism are not being purged, their advancement in the party is being stifled.

Jeremy Corbyn remains outside of the Parliamentary Labour Party, and will not be able to stand as an official Labour candidate. While he could have been readmitted had he made certain pledges connected with his comments about the Equality and Human Rights Commission’s report into Labour’s anti-Semitism, his Moscow-adjacent conduct following Russia’s invasion of Ukraine has firmly closed the door for him. Numerous Corbynist Labour MPs withdrew their names from a statement made by the anti-NATO Stop The War Coalition lest they also lose the whip and thus the chance to stand as Labour candidates, while Corbyn did not do so. Sir Keir’s policy seems to be that while transgressions prior to him assuming the leadership will not be followed-up, he has zero tolerance for anything untoward on his watch. Corbynist MPs are having to restrict their public pronouncements, and it seems that anything too extreme will no longer be tolerated as part of Labour’s broad church.

There is also the matter of Sir Keir’s new-found patriotism. The only flag that Labour previously found acceptable to wave vigorously at party conferences was Palestinian. By contrast, Sir Keir has been edging the Union Flag to the centre stage, and it has now been announced that the National Anthem will be sung at the start of this year’s conference. Both of these will make elements of the membership queasy. When in early 2021 The Guardian leaked an externally-produced strategy document suggesting that Labour should be more patriotic, the party’s official communications staff could not associate themselves with it, stating “the language came from the agency’s research rather than [Labour’s] own phrasing”. The loathing of our flag by some Labour members and staffers is almost visceral, and this is another incentive for so-inclined members to quit.

Constituency Labour Parties have also been ordered not to debate certain issues, such as Corbyn losing the whip, and some have been put into special measures or even suspended. This is the most visible aspect of the Labour’s civil war, but is also under-reported, except by the local press. Both East Ham and West Ham parties have been suspended. Luton’s party was placed in special measures, as was Croydon for bucking the trend of the revival of Labour’s electoral fortunes.

However, not everything is going Sir Keir’s way. He is only really leader of the Parliamentary Labour Party. The rest of the party is run by a collective leadership centred around the politburo-like National Executive Committee, and its various subcommittees. Despite all that has gone on regarding Labour’s anti-Semitism under Corbyn, the membership has elected to the NEC one Naomi Wimborne-Idrissi, a founder of Jewish Voice for Labour (JVL), a far-Left spoiler organisation set up to defend Jeremy Corbyn and to advocate that reports of Labour’s anti-Semitism had been exaggerated for political reasons. Sir Keir has proscribed several organisations such that any Labour member who is also a member of them will be expelled, but he cannot do this to JVL, lest he be accused of anti-Semitism.

The split in the Labour Party is being under-reported because, while the hard Left are vocal in their dislike for Sir Keir, the target of their ire is simply ignoring them while quietly working to undermine them. And yet there is an open split. At last year’s Labour Party conference, there was a nearby parallel conference/festival of left-wing extremists called “The World Transformed” which was openly anti-Starmer. Numerous Labour MPs took to the platform to declare their fundamental opposition to the party leadership, not least Richard Burgon when he parodied Neil Kinnock’s 1985 attack on the entryist Militant Tendency. If there had been such a mirror-event at a Conservative Party conference, then it would have been front page news. As it was, this top-to-bottom revolt in the Labour Party was only noticed by politics nerds such as me. Corbyn’s official fan club, Momentum, routinely attacks Sir Keir’s leadership. Again, this is barely reported.

Perhaps Labour is getting a free ride by a news media that has, with certain exceptions, an institutional dislike of the Conservative Party, and has to be dragged kicking and screaming to report on stories damaging to the official Opposition. Labour’s failures with the devolved NHS in Wales are never headline news, while we never stop hearing about an (English) NHS that is always on the verge of collapse. The fact remains that despite the recent leadership election and Liz Truss’s exiling of her defeated rival’s supporters to the back benches, it is the official opposition that is currently more split than the Government. Under Corbyn, the hard Left seized the commanding heights of the Labour Party and they are not going back down without a fight. The fight is going on, but is being largely ignored by the Fourth Estate — for no good reason. This may change as Labour holds its conference shortly and matters may come to a head, especially over singing the National Anthem, but with Sir Keir riding high in the polls this quiet civil war may yet again be concealed from the British voter.