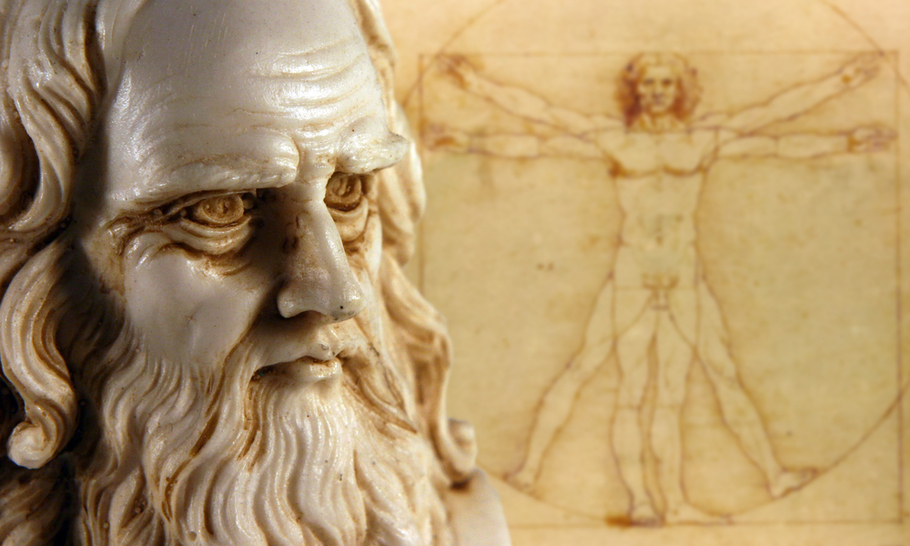 Around the time of the furore and excitement surrounding the so-called Da Vinci Code, the Times sent me a weirdly futuristic looking chess diagram and asked me to explain what was happening. If anything, it resembled the Max Ernst surrealist chess design of 1944, but in fact it was taken from a masterpiece of the early literature of chess, which had recently resurfaced after being thought lost for five centuries.

My response for the Times was that the rediscovery of this book was of much more than scholarly or antiquarian interest, for it had been suggested that its chess puzzle diagrams were not only designed by Leonardo da Vinci, but also drawn by him and, the most tantalising prospect of all, perhaps even composed by him.

This book, De ludo schacorum (about the game of chess), was written by the Renaissance mathematician Luca Pacioli, who lived from the mid-15th century to the early 16th century. The so-called new chess, which considerably enhanced the powers of the pieces, was introduced around 1475 and Pacioli’s long-lost tome was said to be a series of educational positions and chess puzzles featuring both the old and new styles of chess — the latter known as a la rabiosa (with the mad or angry queen), because of the vastly extended powers of this new piece. This is the form of chess that is prevalent now. In my column for The Article about Shakespeare’s knowledge of chess, I explained the rules of the older version, Shatranj, which had reached Europe via Arabic culture.

The puzzles showing the new chess were rumoured to have been composed to demonstrate how the fresh powers of queen, bishop and pawn truly functioned on the open board. However, Pacioli’s book had been lost and doubts were raised that it had even been written at all. Then, suddenly, the book resurfaced from the 22,000-volume library of Count Guglielmo Coronini, and facsimiles were in preparation, showing the strange and rather beautiful diagrams in red and black, illustrating the powers of the pieces in action.

The Guardian had just published the only readily available puzzle from the book, with a commentary by its chess correspondent at the time who conceded that he “did not have the foggiest idea” what the puzzle meant or whether it was taken from the old or new style of chess. And quite right too. The difficulties included: no indication as to whether it was white or black to move; no clear identification of which symbols represented which pieces and finally no evidence of a question, such as “White to play and give checkmate in two moves”. A real Da Vincian conundrum, with of course the elephant on the board being the supreme question: did Leonardo design the pieces and even create the puzzle?

Having had time to examine the puzzle more closely, I established that it was definitely the new rabiosa form of chess, which we still play now. I also worked out that there was a fiendishly difficult forced checkmate from the puzzle position.

I found this to be amazing. Since the new chess had been in existence for only a few years when the book was written. Given its relative novelty, the person who composed this puzzle was evidently a chess genius.

As well as being highly advanced for its time, the solution also succeeded brilliantly in its didactic purpose of showcasing the sweeping new powers of queen and bishop as well as the potentially devastating weapon of a humble pawn now being able to promote to a mighty queen. Normally this would end the contest in the promoter’s favour. However, in this puzzle the losing side even manages to promote to a queen with check, yet still succumbs.

What about Leonardo da Vinci’s involvement, as suggested by the owners of the book. the Fondazione Coronini Cronberg?

The standard chess history by Richard Eales, of the University of Kent, confirms that this shows how the new chess quickly captivated leading intellectuals in Renaissance Italy — the kind of people in Leonardo’s circle, even if his own role remains tantalisingly unprovable.

Pacioli and Leonardo were associates, and it is recorded that Leonardo provided illustrations for Pacioli’s work on the mathematics of the golden mean, De divina proportione. Both men fled from the court of Ludovico Sforza in 1499 when the French attacked Milan and both were protected by Isabella d’Este, a chess enthusiast who possessed various chess sets. She has been tentatively identified as playing chess in a late Quattrocento panel in the Metropolitan Museum, New York, once attributed to Francesco di Giorgio, c. 1485, and more recently to Liberale da Verona.

My conclusion for the Times was that Leonardo did not draw the main corpus of puzzle diagrams for the book. However, he may well have sketched the original designs for the pieces. These, we now know, are shown in array at the start of the book and they are artistically superior to the diagrams which follow in the text, which are unambitiously redrawn copies. The owners suggest that the original design of one key piece, for example, is almost exactly identical to Leonardo’s design for a fountain in his so-called Atlantic Codex. Others contend that this type of design could easily be generic.

Finally. There is the alluring possibility that Leonardo himself composed the problem.

Contemporary books about the new chess are exceedingly rare, and the few we do have tended to concentrate on a few puzzles, which subsequent authors simply copied.

However, as Richard Eales says, “nothing like this puzzle has so far been found in other publications, or the older manuscripts or printed chess books”. Furthermore, the diagrams are stunningly different from anything else of its day. The possibility that Leonardo did compose this puzzle is enticing and by no means impossible.

In the puzzle, as I reconstructed it in the diagram below, it should be noted that Black is in check from the white bishop on e4 yet both kings are in serious danger and could easily fall prey to a sudden checkmate. 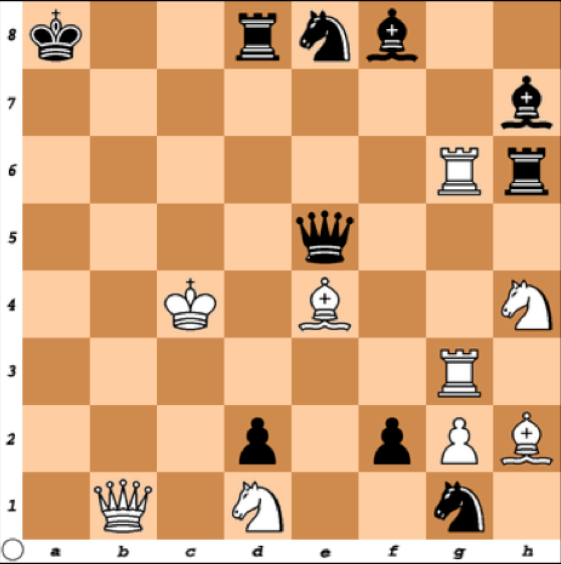 With both sides clinging to a precipice, the fact that White has the initiative conferred by the bishop check annihilates both of Black’s two principal defences.

At the time, I wrote that only a powerful intelligence could have devised the puzzle and the solution, which would tax the mental powers of most strong players even today and in its complexity and richness could only really be solved easily by a computer. The evidence of a commanding intellect behind this chessboard conundrum is palpable indeed.

Sadly, it now transpires that in my enthusiasm for connecting the puzzle to Da Vinci, I had over complicated the solution by incorrectly identifying the two kings and queens in the original diagram. They should be the other way round, in which case the puzzle (White to play and checkmate) becomes rather banal. I am indebted to Martin Kemp, the great Leonardo expert and prime endorser of The Salvator Mundi as a genuine Leonardo, for helping to pour a dose of cold-water reality on my desire to link the mystique of Leonardo to this puzzle.

In fact, once the whole book became available it immediately also became clear that the piece on e5 should be the black king and the piece on a8 the black queen.

Da Vinci perhaps played chess with his friend Pacioli, he may even have sketched the original design for the pieces, but it now seems more than unlikely that the great Renaisssnce man had anything to do with creating the chessboard puzzle.

To read the fascinating story Chess: The History of a Game by Richard Eales, please see here.

Click here for a lecture on the Pacioli piece design.

For more on Leonardo, please see How to think like Leonardo Da Vinci, a bestseller written by the American Leonardo expert Michael Gelb.