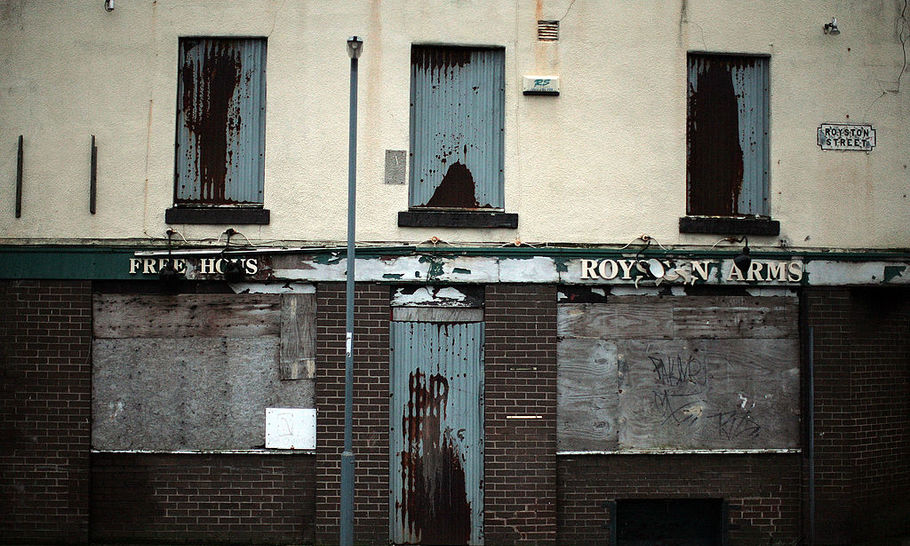 One of the Government’s early ambitions was the idea of “levelling up” the economic prospects of Britain’s less prosperous regions. The Prime Minister, his Cabinet and senior team declared it a priority. Has Covid-19 postponed this idea, or perhaps finished it off entirely?

A pandemic of this scale and the need to respond would inevitably cause government to set aside its other policy aims. But if we have a government that can focus properly on what is necessary, and one that — in theory — doesn’t have to worry about an election for four years, “levelling up” should be back on the policy agenda.

What does “levelling up” mean? Presumably the government intended it to mean narrowing the inequality gap between the prosperous and the less well off. In practice, it has been interpreted as directing helpful new economic policies at parts of the north as well as the Midlands, especially towns, rural areas and those cities that were once important mining and manufacturing towns. It was also intended to help the fortunes of formerly popular tourist resorts.

Here’s what levelling up should now mean, especially in a post Covid-19 environment. Perhaps Britain’s most obvious deficiency is its second rate telecommunications system. As evidenced by the persistent challenges of our Covid-19 testing capabilities, and now the rollout of the trace and testing strategy, the UK simply isn’t in the premier league of modern technological tools. One of the reasons why South Korea has coped so much better than us and many others, is the mass availability of modern technologies to all their people.

This is why they, and many of the other countries that score best in a league table of the lowest deaths to population ratio, are also countries that score best on indices for long term, sustainable (and inclusive ) growth. The government must now weigh the importance of widespread broadband and many other technologies to everyone, otherwise we will remain in the second division of productivity, wealth generation, and we will be left vulnerable to the next pandemic.

Presumably within the NHS, the role of technology and diagnostics will be permanently enhanced, which is crucial for the ongoing battle against antimicrobial resistance, as well as many other health challenges.

On pre-tax incomes, the government should pursue its policy of raising the minimum and living wage, which is the most direct and effective method of narrowing income equality. It also might result in a shift in thinking from business owners and leaders towards investment spending, and encourage them to consider investing in capital as opposed to labour. Undertaking further such steps when the furlough scheme ends might be attractive, especially given the number of low earners in so-called key worker sectors.

On post-tax incomes, there are two areas where government policy is broadly relevant, the first being taxation, and the other on spending (including on housing). If the government is truly committed to levelling up, this should rule out higher taxes even for higher income earners. With the scale of public sector deficits, this might be an area where the government can present policy changes as part of a levelling up agenda.

But for some, it would involve levelling down. Some form of taxation on companies might be impossible for the government to avoid, especially in sectors where there is a perception of monopolistic type market activity, or those that have been using the pre Covid-19 business rules to avoid paying as much tax as their sales might warrant. Similarly, for the elder generation, it will be extremely difficult to justify their ongoing special treatment, such as the so-called “triple lock” on pensions.

With respect to house prices, the government should abandon its general caution on social housing. It should significantly boost it. As a Commissioner on Shelter’s 2018-19 Social Housing Commission, I am strongly persuaded that boosting the supply of social housing would help alleviate a number of our structural challenges, especially post Covid-19.

In terms of the levelling up of opportunities, the government needs to take a new approach to education and skills, which requires more imaginative thinking than this government has been prepared to make for many years. While it seems so wedded to the Academy system, it must stop this from limiting other important initiatives, especially for those in pockets of greater disadvantage. Alternatives to Academies, and perhaps much stronger, more committed versions of the so-called Opportunity Areas must be pursued. Projects such as Right to Succeed, and those initiated by SHINE (of which I am a Trustee) should be given much stronger support, with more areas of disadvantage chosen.

On skills, especially in the post Covid-19 environment with the big challenges now facing our Universities, perhaps the government should use this opportunity to move away from the broad approach put in place by the Blair Government. Instead, it should convert many tertiary institutions back to something more like polytechnics, offering proper skills-based forms of tertiary education. This would allow a somewhat smaller aggregate number of Universities to continue flourishing.

On geographical levelling up, the government needs to pursue strong, radical policies essentially forgotten since they were tentatively introduced in the Cameron and Osborne days. These urged greater devolution, and emphasised the development of skills. Ultimately, why not devolve spending and taxation, as in some other successful countries?

As I articulated with Sir Howard Bernstein in a previous article, the government should establish regional investment funds, where their primary purpose is to provide equity-type finance to allow their unique assets to become successful businesses which can compete globally and create higher productivity jobs for people in those areas. In the North, for example, advanced manufacturing, alternative modern energies, and life sciences, are three areas that would be especially well positioned.

There are of course, many other areas where levelling up polices may be applicable, including government spending on infrastructure projects such as train systems and bus routes, all of which need to play their part.

What is clear, is that genuine levelling up is now even more important than it might have seemed back in December.