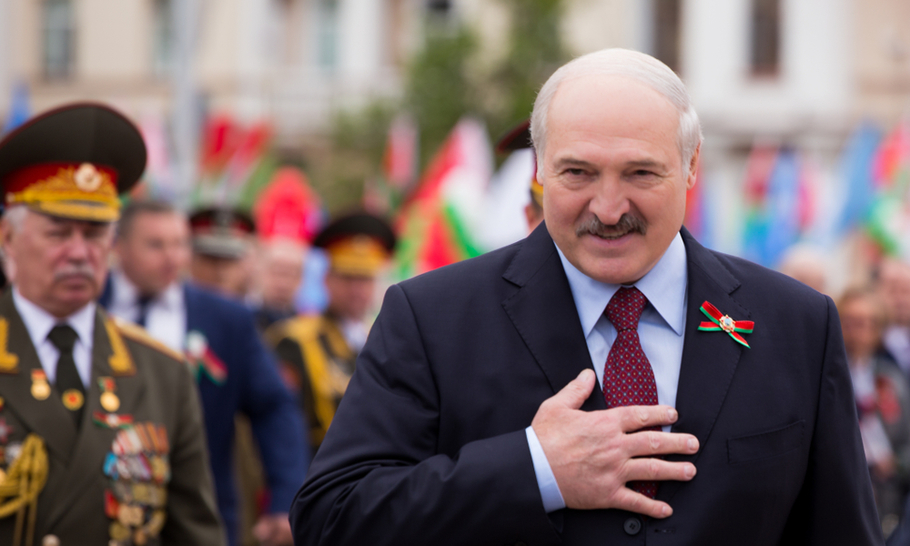 It is the stuff of nightmares or horror films, but an act of state air piracy happened in Europe only yesterday. A Ryanair flight from Athens to Vilnius is diverted to Minsk while in Belarusian airspace, on the pretext that the airliner is carrying a bomb. Intelligence officers on board are reported to have initiated a “fight” with the Ryanair crew over the non-existent device, forcing the pilot to send out an SOS. The flight is escorted to Minsk by a Belarusian MiG-29 jet fighter. For the 171 passengers plus crew, it is a terrifying ordeal.

In reality, the Boeing 737 has been forced to land on the orders of Alexander Lukashenko, the President of Belarus. Ever since the rigged elections that almost led to his overthrow by mass protests last year, Lukashenko has crushed all opposition ruthlessly — despite Western sanctions and with the help of his only ally, Vladimir Putin. His intelligence agency — still called the KGB — is active abroad and has set a trap for a key opposition figure.

Among the Ryanair passengers is a dissident journalist, Roman Protasevich, whose online criticism and role in organising protests have led him to be designated last November as a “terrorist” by the regime. Someone in Athens has tipped off the secret police in Minsk that he is within their grasp. As soon as the plane lands, they board it and seize the fugitive. He tells other passengers: “They will execute me here.” Belarus, often described as Europe’s last dictatorship, does indeed have the death penalty. The arrest of Protasevich will strike fear into his fellow members of the Belarusian opposition, now living in exile in Vilnius and other neighbouring countries.

What can be done about this hijack of a commercial flight in broad daylight? Dominic Raab, the Foreign Secretary, was among several politicians in the West to condemn “this outlandish action” and to threaten “serious consequences”. Anthony Blinken, the US Secretary of State, called on the International Civil Aviation Organisation to “review these events”, which Ursula von der Leyen, the EU Commission President, called “utterly unacceptable”. But Belarus is already subject to sanctions and even if all overflying by passenger aircraft were to be banned, there is no likelihood that it would have any effect on the Lukashenko regime.

The only person to whom the monster in Minsk pays attention is his patron in Moscow. Last summer, when demonstrators were massing in the capital and marching on his palace, Lukashenko was desperate. There was talk of him fleeing into exile. Pictures were released of him with his teenage son carrying Kalashnikovs and apparently ready to make a last stand. Then Putin came to his rescue. By means of bread and brutality, the tottering tyranny was stabilised. Opposition leaders were either jailed or driven into exile.

It is highly unlikely that the Kremlin will now abandon its most strategically important client state. The price paid for survival by Lukashenko, who had hitherto been inclined to pursue an independent policy, is obedience. It is therefore unlikely that the hijacking of the Ryanair flight would have happened without Putin’s approval. Of course, the Russian President will deny any responsibility. But it is exactly the kind of provocation by proxy that he uses to test the West. If we fail to react with sufficient robustness, further acts of state piracy by former Soviet satellites of the Kremlin may be expected. The rules of the air are not recognised by despots who set no value on human life.

Nobody has forgotten Malaysian Airlines Flight 17 from Amsterdam to Kuala Lumpur, which was shot down over Eastern Ukraine in 2014 with the loss of 298 lives. Dutch investigators concluded that the Buk missile that destroyed the Boeing 777 was fired by the Russian 53rd Anti-Aircraft Missile Brigade from a region controlled by Ukrainian separatists. Nobody has ever admitted responsibility or been punished for this appalling crime. Given that the unit in question had arrived the day before and was withdrawn as soon as its mission was accomplished, it seems probable that the destruction of the airliner was ordered by Russian military authorities.

Yesterday’s hijack was only possible because the pilots of the Ryanair flight and their superiors knew that the Belarusians ordering them to land at Minsk might use force. Though they did not believe the tall tale about a bomb on board, they could not risk suffering the fate of the Malaysian airliner. It is unlikely that Ryanair even knew who Protasevich was or that he was a wanted man. But he suspected that he was being trailed in Athens. This was a sophisticated, well-coordinated international intelligence operation by the Belarusian KGB: all the more reason to suspect Russian involvement.

In Lithuania, a criminal investigation has been launched into these events. The best way to deter those in Minsk — or Moscow — from engaging in piracy is to put the pirates in the dock. Western intelligence will know their names, but since Belarusian state media has already admitted that the operation was carried out on their President’s “personal orders”, the chief culprit is not hard to find. Lukashenko should face justice, even in absentia. Assets in the West that belong to the Belarusian President and his cabal should not merely be frozen, but confiscated.

Finally, the case should be raised with President Putin at the earliest opportunity. We should not accept the deniability of Lukashenko’s actions for his Russian master. Putin needs to understand that he will be held no less responsible for anything that befalls Roman Protasevich than he is for the fate of his own dissidents, such as Alexei Navalny. One day there will be a reckoning. And the free press must not allow the free world to forget these crimes against freedom in the heart of Europe.