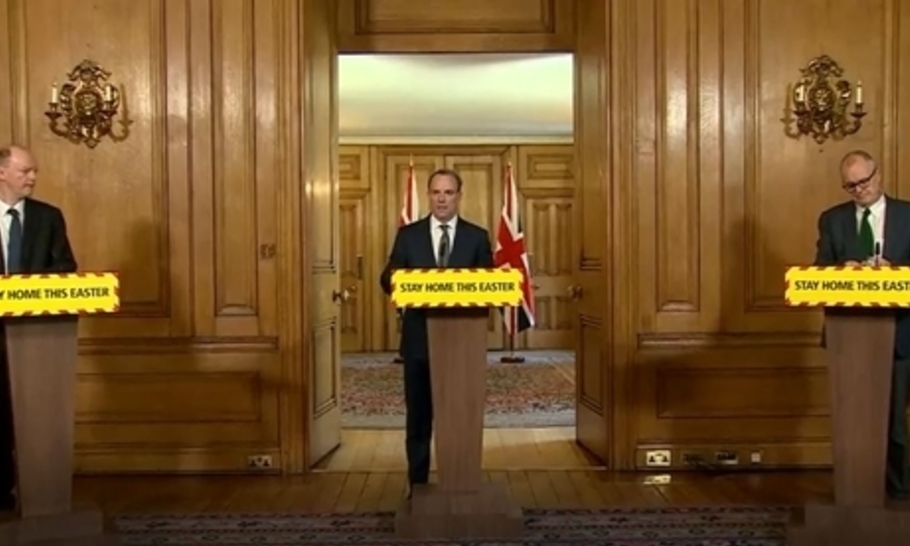 “So what would you ask then?” Sky News presenter Mark Austin messaged me, after I tweeted my frustration both at the way the government was conducting the Number 10 daily briefings, and at the journalists’ questions.

It is a fair question. It is easy to sit in front of the TV and think you could do better. But at least when I sit there raging, it is from considerable experience both of asking and answering questions.

I go back to something I wrote here at the end of last month — “Having done thousands of briefings on behalf of the government, I can say that the toughest questions are the short ones, with a factual answer, and where it is reasonable to expect the person being asked to know it. The easiest questions are those which present an opportunity simply to repeat what you have already said. If you give the choice of three questions, you make it easier for them either to evade one or more of the questions, or to give themselves more time to think.”

For a couple of days, I thought some of them might be listening. But in the choice between brevity and verbosity, they have gone back to verbosity. Also, I found myself agreeing with Piers Morgan yesterday, who tweeted similar frustrations to mine, and said the media had become far too tame. I am not suggesting rudeness, or shouting, or talking over people, but on this, he totally has a point.

As the first of my twenty questions, I will go for the one he gave as an example of something he would have asked Mr Johnson’s stand-in, Foreign Secretary Dominic Raab.

1. “Do you still think it was a good idea to have allowed 250,000 people to amass at the Cheltenham Festival after the WHO had officially declared coronavirus a pandemic?” Follow-up: “How many people have now been infected and/or died as a result?”

Short, sharp, perfectly fair. A major moment in the development of the crisis, a government decision relevant to what is happening now, and on which there must surely have been some internal thought and analysis. If not, why not?

2. “There were three million people daily on the London Underground at the time other countries were in lockdown. Does that partly explain why London has been so badly hit?”

The questioning since Boris Johnson was taken ill has become even weaker. It is perfectly possible to be genuinely concerned about the health of the Prime Minister, without losing powers of questioning, let alone lapsing into the ways of the pro-Johnson papers, some of which would make a North Korean spin doctor blush with embarrassment.

3. “Everyone will be pleased the Prime Minister is out of intensive care, and wish him well in his recovery. But was he wise to boast about shaking hands with coronavirus patients? Or be so lax at social distancing, not least at these briefings? And was this not all part of a pattern — he and you did not take this virus as seriously as you should have done, which is one of the reasons why more than seven thousand people have died?”

4. “Would you accept that he did not follow his own government’s advice at all times? And the signals that sent may have led to the loss of life?”

My main beef though is the tendency to let go of questions which are not properly answered, not simply within briefings, but from one briefing to the next. Testing, ventilators, personal protective equipment — these remain huge issues, but the journalists’ attention span is poor. They have utterly failed to hold the government’s feet to the fire on any of them. Promises come and go, and are not met, yet the media caravan moves to the next promise, leaving behind the failure to deliver on the last one.

I said days ago, the media should have created the pressure to provide data on tests, ventilators and PPE each day, along with cases, deaths, and public transport use. There is a reason why the government does not volunteer the information as readily as it does stats for the roads and the trains — because it is not good. Health Secretary Matt Hancock promised we would get to 100,000 tests per day, and no minister should be able to get past a microphone without being probed on where they are with that. It is a total failure of journalism that this is not happening.

On ventilators, they gave up far too soon in their questioning about the UK decision not to co-operate with a European-wide ventilator procurement scheme, and the “lost my homework” line of defence about an overlooked email was allowed to pass without either the scrutiny or sense of scandal it should have generated, and certainly would have done when New Labour were in Number 10.

So yesterday I was hoping for questions like this, (and it is too much to expect that any of them might get asked today?)

5. “Can you provide the current figures on all aspects of testing please?”

Follow up: (if there is no answer) “You have consistently said this is a top priority. Priority means more important than other things. If it is so important, why can you not give us the figures?”

6. “New Zealand has a population one thirteenth of the UK, yet has carried out a quarter of the number of tests we have, and been in lockdown longer than we have. Do you think these might be factors in their managing to keep the death toll to one? Not one thousand, Mr Raab. But one.”

7. “Can you tell us how many NHS and social care workers have now died as a result of Covid-19? And what investigations have been carried out into how many of them had adequate PPE?”

8. “Yesterday three nurses who were recently photographed wearing bin liners as protection were diagnosed as having coronavirus. Do you think there might be a link? Would you apologise to them for being sent to the frontline without proper protection?”

9. “On March 15, almost a full month ago, the Prime Minister told the Commons that all social care workers would have proper protective equipment “by the end of the week”. Which week did he mean? And by what date will that promise be met?”

10. “Mr Raab, almost one thousand British people died yesterday. So in one day, around a quarter of the total number of people killed in the entirety of the Troubles in Northern Ireland over thirty years. Do you really believe you are on top of this in the way you should be?”

11. “Are the figures you give us the real death toll? Do they include all deaths in people’s homes, and those in care homes, where the virus may have been an issue? If so, is there not a danger we are already ahead of Italy?”

12. “You keep saying you follow the science. Would you please publish the scientific advice on which you are relying?”

13. “You keep saying you follow the scientific advice. But can you confirm that on all issues such as whether to impose or lift lockdown, how much testing to do, how many ventilators and PPE sets to procure, these are decisions finally taken by ministers?”

14. “Successive Prime Ministers have written personal letters to the families of military personnel who lose their lives on the frontline. Will you be doing this for public servants who have lost their lives in the fight against the virus?”

15. “A number of bus drivers have lost their lives. Will there be a proper investigation into whether any or all of these deaths were linked to the lack of protective equipment?”

16. “We understand why the public transport system has kept running. But, especially in the early days of lockdown, it is clear many non-essential workers continued to use buses. Will you accept some responsibility for the deaths of public transport workers, as a result of the lack of clarity of advice?”

17. “You have been very critical of Premier League footballers. They have now set out how they intend to make a major contribution to those dealing with the crisis. Will you now call on bankers to donate part of their bonuses, hedge funds to donate some of the massive profits they are making even now, with the Prime Minister’s friend and backer Crispin Odey reportedly making £115million in the period of the crisis, and indeed those members of the Cabinet who have considerable personal wealth? Or is it one law for working class young men, and another for rich, privileged, middle aged multi-millionaires?”

18. “Where is Priti Patel?” And, as a follow up, “Mr Raab, do you accept many of the people you thanked and praised as key workers yesterday — carers, cleaners, porters, supermarket staff and so on — are considered by your immigration plans to be unskilled, non-essential workers? In light of your new-found admiration for them, will Ms Patel, when she is found, be revising the policy?”

19. “If Parliament could meet weekly in 1940, as a world war was raging, why not now? Why is our democracy reduced to the lowest level of public accountability in modern history?”

So, in answer to Mark Austin, if I had one question, it might be this:

20. “Mr Raab, as these briefings are pretty useless — partly your fault, partly ours — do you not think Parliament should return as a matter of urgency so that you can be properly questioned and held to account?”

But all of the above, frankly, would be an improvement on most that have been asked so far.