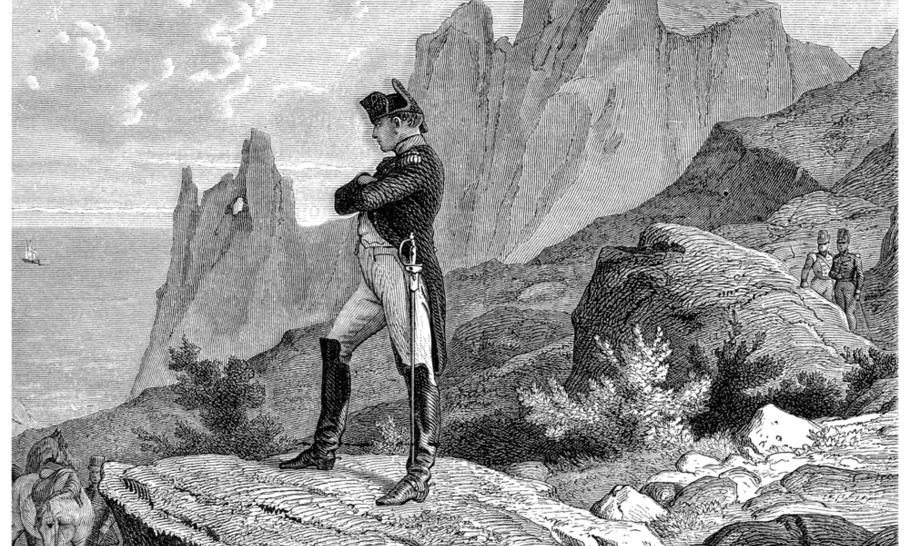 Chess is a game of warfare, as are the oriental mind games of Shogi (Japanese chess), Xiangqi (Chinese chess) and Weichi (Go). There has in fact been a volume written comparing the military strategy of Mao Tse Tung with Go themes.

Before Mao, in the Homeric epics the two Classical Greek warriors, Achilles and Ajax, who pitted their wits against each other at the siege of Troy, represented a common trope of Ancient Greek vase decoration.

As I mentioned in an earlier column, the Caliphs of Baghdad circumvented hardline prohibitions against gaming by claiming that chess was a training for warfare.

Contemporaneously, the Byzantine Emperor Alexius I Comnenus, hero of The Alexiad, where his daughter Anna lauded him for creating the military formation of the parataxis, was a noted chess player.

Seven centuries later a chess publication was to capture the attention of the elite of the British army. André Danican Philidor was the greatest chess exponent of the 18th century. Philidor’s book of 1749, L’Analyze des Échecs, published in London, attracted subscriptions from officers of the Duke of Cumberland, victor of the battle of Culloden against Bonnie Prince Charlie.

Without a doubt, though, the most prominent great captain to be a chess enthusiast was Napoleon Bonaparte. There are numerous references to Napoleon’s love of the game with some, admittedly apocryphal, moves that have come down to us, and in Abel Gance’s epic biopic of Napoleon’s early career, Napoleon is seen defeating General Lazare Hoche at chess, with an admiring female enthusiast looking on.

Several games by the Emperor have been recorded for posterity, but none of them can boast any reliable provenance. The only one that looks remotely plausible is the loss to the Automaton of Baron Wolfgang von Kempelen. Even that one is highly suspect, while Napoleon’s alleged victories are most likely ex post facto concoctions, designed to burnish Bonaparte’s reputation for strategic, tactical and intellectual brilliance. This association with chess cuts both ways; chess players may feel that their favoured game is flattered by association with Napoleon. However, it is also worth considering why admirers of Napoleon were so anxious to associate him with chess. Here is a link to all the games by Napoleon, fictitious or otherwise.

Like the 19th century World Chess Champion Wilhelm Steinitz, who was supplied with non-stop champagne during his world championship games (one opponent, Tchigorin, preferred brandy), Napoleon’s oft cited bon mots come to mind: “Champagne: In Victory I deserve it. In defeat I need it.”

Napoleon was noted for his quick humour. It is hardly surprising that some of his aphorisms might be useful for chess players.

Napoleon’s government minister, Savary, his man in charge of censorship, once reported to the Emperor on new publications. He mentioned a three-volume work on Germany written by Madame de Stael, adding that he had read it and found nothing objectionable — the Emperor’s name was not even mentioned. Napoleon retorted: “A three-volume work, in which I am not mentioned. It must be banned immediately!”

The foremost German poet, scientist, politician and writer, Johann Wolfgang von Goethe, knew and admired Napoleon. Goethe wrote in his play Goetz von Berlichingen that chess was the touchstone of the intellect, and he certainly admired Napoleon’s. He described his particular kind of Genius as “demoniac”. Goethe said:

“The demoniac is to be seen in its most terrible form when it is overwhelmingly manifested in some one individual. A titanic force emanates from him and he exercises incredible power over every creature, and even over the elements, and who can say how far his influence will extend? As more forces are combined against him, his opponents are still powerless. The masses will be attracted by him. Rarely if ever, do his equals exist at the same time and nothing can overcome him, except the very universe against which he declared battle.”

In chess, material advantage normally wins the game. Napoleon said: “God is on the side of the big battalions.” Napoleon also stated “every soldier has a Field Marshall’s Baton in his knapsack.” Surely a slight nod here to the ability of pawns, the most humble of pieces, to promote to a queen, the most powerful. “Power is my mistress. I have worked too hard at her conquest, to allow anyone to take her away from me.”

It is recorded that Napoleon spent many hours playing chess with his aide de camp General Henri Gatien Bertrand during his final exile on St. Helena, still perhaps exerting the power over his wooden troops, which, after Waterloo, he had lost over those of flesh and blood.

As a military commander, Napoleon was, for a significant period, pre-eminent. In the space of just ten years, he smashed the empires of Austria, Prussia and Russia, winning victories that have gone down in history, such as Marengo, Austerlitz, Wagram, Jena and Ulm.

“Impossible is a word only to be found in the dictionary of fools.”

Napoleon thought it impossible that a machine could play chess and beat him. He was right: the mechanical chess playing Automaton, known as The Turk.

In 1809, Napoleon visited Schönbrunn Palace in Vienna, where he actually faced the Turk across the chessboard. The Turk was an automaton created for the court of the Empress Maria Theresa by the ingenious mechanic, Baron Wolfgang von Kempelen. Although apparently a mechanical device, a human master was cunningly concealed in the recesses of the structure.

According to an eyewitness report, Napoleon made the first move. Shortly thereafter, Napoleon attempted an illegal move, doubtless to test the mechanism’s ability to detect such subterfuge. This foreplay was repeated several times, until the Turk, responding with a sweep of its arm, knocked all the pieces off the board. Napoleon was reportedly amused, and then played a real game with the machine, completing nineteen moves before conceding defeat.

There are other versions of the story, which seems to grow in the telling, with Napoleon contesting one game with a magnet on the board, and another with a cloth he placed around the head of the Turk, in an attempt to obstruct its sight of the board. Prince Eugene de Beauharnais, Josephine’s son and Napoleon’s stepson, at that time Viceroy of Italy, was so impressed by the Automaton’s performance against Napoleon, that he purchased the apparatus in 1811 for 30,000 Francs (a modern equivalent of around $630,000).

It has been said that Napoleon’s greatest assets were his mathematical mind, phenomenal memory, boundless energy and prolific imagination. He sought immortality through conquest, saying: “Space we can recover, time never”. In fact this is also a most useful chess maxim.

Napoleon had heroes as his own mastermind inspirational group. As he said: “Peruse again and again, the campaigns of Hannibal, Caesar and Alexander. This is the only means of becoming a great captain and acquiring the secret art of war.” Like Caesar he valued speed and mobility, and drove his officers to their physical limits.

“Never interrupt your enemy, when he is making a mistake. There is no such thing as accident. It is Fate misnamed.” He projected a careful mix of the grand and the common, utilising every means of propaganda, press, war bulletins, pageantry and the charisma of his own legend. His eventual downfall, the retreat from Moscow, was occasioned by his decision in 1812 to invade Russia — biting off more than he could chew. As one critic said: “It was amazing: although Napoleon’s common sense amounted to genius, he never quite knew where the possible left off.”

Julius Caesar hoped to take control by radiating power from the nerve centre of Rome; the first Chin Emperor of China, Qin Shi Huang, built his boundaries and patrolled them ceaselessly without going beyond them; while Alexander the Great wished to conquer forever. In trying to emulate Alexander and the Alexandrian mode of conquest, Napoleon, in the final analysis took one step too far. Even Napoleon’s setbacks came on an Epic scale!

“You must not fight too often with one enemy or you will teach HIM your art of war.”

This was advice which Anatoly Karpov could well have taken to heart in his 1984 match in Moscow for the world title, where I was invited as commentator for the newspaper Sovietsky Sport. By failing to deal the deathblow, after acquiring a massive early lead, Karpov allowed his great rival to learn from him over a marathon 48 game contest and ultimately seize the crown.

If Karpov had studied the maxims of Napoleon, one of the chess titans, Garry Kasparov might never have become World Chess Champion!